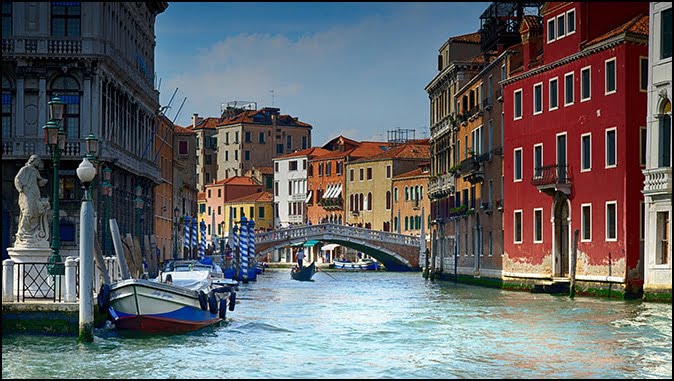 A few days after China had announced it was sending medical supplies to Italy, Chinese state media aired pictures of Italians on balconies and streets applauding the Chinese national anthem. “In Rome, with the Chinese anthem playing, some Italians chanted ‘Grazie, Cina!’ on their balconies, & their neighbors applauded along”, wrote Zhao Lijian, the spokesman for China’s foreign ministry who shamefully and wrongly suggested that the U.S. military had brought the Covid-19 to Wuhan.

China presented itself in the role of the savior, willing to rush to the bedside of the sick patient Italy.

Now a Financial Times investigation reveals that those videos were manipulated as part of Beijing’s coronavirus propaganda. Hashtags #ThanksChina and #GoChina&Italy were further generated by bots. A report by the Carnegie Endowment called Italy “a target destination for China’s propaganda”.

An article called, “Why the Covid-19 epidemic is so politicized” and posted on the Chinese embassy website in Paris, said, “Some Westerners are beginning to lose confidence in liberal democracy” and “some [Western countries] have become psychologically weak”.

“China considers Europe the soft belly of the West. In their logic, there is the West, and in it the U.S. that will oppose China for structural and ideological reasons, and their European allies that need to be neutral in case of conflict between China and the U.S.”

According to Lt. Gen. (ret.) H.R. McMaster, President Donald Trump’s former national security adviser, in his new book Battlegrounds: The Fight to Defend the Free World, Chinese leaders “believe they have a narrow window of strategic opportunity to strengthen their rule and revise the international order in their favor”.

There is now a huge risk that Italy is becoming “China’s Trojan horse into Europe”.

A leading French official, Pierre-Henri d’Argenson, wrote in Le Figaro that “Europe has now become the buffer zone for the confrontation between China and the United States”. Beijing chose Italy as its soft belly in Europe and is following its script.

In April 2019, the Italian government of Prime Minister Giuseppe Conte was the first G7 country to sign a Memorandum of Understanding on China’s “Belt and Road Initiative” during a state visit by President Xi Jinping. According to an analysis by The Economist, the Chinese Belt and Road plan could surpass the Marshall Plan, by which the US revived Europe’s war ravaged economies.

Italy has a government coalition led by the Five Star Movement, an extremely pro-Chinese party, whose founder Beppe Grillo has been spotted frequently at the Chinese embassy in Rome. As the European Council on Foreign Relations reported, “in Italy business and political lobbies for China have been on the rise”. The former PM Matteo Renzi has visited Beijing for conferences.

Five years ago, China National Chemical Corp bought Pirelli, a 143-year-old Italian company, and the world’s fifth-largest tire maker. A study published by KPMG before the Pirelli deal revealed Chinese acquisitions in Italy have totaled 10 billion euros in five years (in a total of 13 billion euros investments). A third of foreign purchases in Italy are Chinese. The goal is to turn Italy into “Europe’s top destination for highly coveted investment from China”.

Now, China is trying to dominate southern Europe’s infrastructure. China was already granted a license to run Greece’s largest seaport, Athens’ Piraeus harbor, which Beijing plans to turn into Europe’s biggest commercial harbor. Then China started to project its expansion in Italy’s ports, where four major ports are also in line for Chinese investments. Zeno D’Agostino, the president of Trieste’s northern port, says that “China is opening because it feels strong”.

Italy’s political appeasement of China was on display during the fatal early days of the coronavirus crisis.

On January 21, Italy’s culture and tourism minister hosted a Chinese delegation for a concert at the National Academy of Santa Cecilia to inaugurate the year of Italy-China Culture and Tourism. Michele Geraci, Italy’s former undersecretary for development, was not sure that was his place. “Are we sure we want to do this?”, Geraci said looking at his colleagues. “Should we be here today?”. A few days later, in many Italian cities, such as Florence and Prato, where there is a Chinese manufacturing stronghold, mayors and local communities promoted the initiative, “hug a Chinese” to fight xenophobia and racism.

In Rome, Italy’s President, Sergio Mattarella, visited a school that has a high percentage of Chinese students to counter “discrimination” and Nicola Zingaretti, the leader of the Democratic Party, met the Chinese ambassador in Rome. Meanwhile, Italian televisions organized live tastings of Chinese products. That was Italy’s fatal initial mistake: fighting racism instead of the virus, which only a few days later would devastate the country.

China has been able to brainwash Italian public opinion. In a poll published April 17, 50% of Italians consider China a “friend” (just 17% of Italians think as much of the United States). And in the race for the global power to which Italy should be allied China is ahead of the US, 36% to 30%.

Italy’s foreign minister, Luigi Di Maio, welcomed a plane-load of Chinese medical supplies on March 12. “We will remember those who were close to us in this difficult period”, Di Maio said. It is not necessary, China will remind them.

Walter Ricciardi, an advisor to the World Health Organization (WHO) and the Italian government, tweeted: “Thanks China!”.

We know now that while the Chinese regime misled the world about the contagiousness of Covid-19, it stockpiled medical supplies. As the editor of the German BILD wrote in a letter to Chinese president Xi:

“I suppose you consider it a great ‘friendship’ when you now generously send masks around the world. This isn’t friendship, I would call it imperialism hidden behind a smile – a Trojan Horse”.

Not a single Italian minister or official blamed China for the cover up of the epidemic or causing witnesses to “disappear”.

“For the first time in many years, Western countries united behind the request to China for clarifications on how Covid-19 was born and then spread”, Paolo Mieli wrote in a front-page editorial for Italy’s largest newspaper, Il Corriere della Sera. Mieli mentioned the United States, Australia, United Kingdom, France and Germany.

“Who is missing? Italy, the only country in the Western world to have welcomed half a million masks sent to us (for a fee) from China with a truly excessive blaze”.

The world-renowned Italian textile industry was one of the major victims of a globalization expansion led by Chinese dishonest economic dumping. China is now reducing Italy to a setting to help spread and implement its propaganda and will to power. As Italian analyst Francesco Galietti wrote, Italy is going to become “the target of a Chinese ‘charm offensive’, a combination of hard cash and ‘soft power’, money and influence”. He notes as an example the People’s Bank of China:

“It has steadily amassed stakes above 2 percent (the disclosure threshold in Italy) in a slew of Italy’s largest shareholder-owned companies, including FCA (the Fiat Chrysler group), Telecom Italia, and Generali Group, Italy’s largest insurer”.

China has also invested in strategic Italian energy entities such as Eni and Enel and Italian oil services group Saipem.

This economic penetration will also have immense security consequences. During the first days of the Covid-19 epidemic, Italy, which is being lured by the promise of a $3 billion Huawei investment in its telecommunications system, announced that it has no plans to stop Chinese telecom firms playing a role in the country’s future 5G network. It is a project that US Attorney General William P. Barr defined a “monumental danger”.

“The geopolitical effects of the pandemic could be significant,” said NATO Secretary-General Jens Stoltenberg. “Some allies (are) more vulnerable for situations where critical infrastructure can be sold out” in a Chinese “buying spree”. US Secretary of Defense Mark Esper has also warned that China will exploit the virus “to further their own interests and try to sow division in the Alliance and in Europe”.

Italy is most vulnerable to this Chinese offensive. It is one of the most indebted countries in the world and has an economic growth close to zero. It is also one of Europe’s most unstable and fragile governments and had one of Europe’s highest coronavirus death tolls — an experience that an Italian nurse compared to a “world war”.

Italy is now Europe’s sick man. Due to the Chinese coronavirus crisis, the country will see a collapse of its GDP (-9.5%) and the explosion of its public debt which is set to 160% of gross domestic product — the highest since World War II. Beijing knows this and claims that “Italy has many economic problems, Europe is in crisis and the Belt and Road Initiative is the only major global investment plan”.

“The possibility that Europe will become a museum or a cultural amusement park for the nouveau riche of globalization is not completely out of the question”, said the late historian Walter Laqueur. Rome’s dramatic fall could mean Beijing’s equally dramatic rise. It is a huge warning for the West.

COVID-19: Who Has the Intellectual and Moral High Ground?

COVID-19: Who Has the Intellectual and Moral High Ground? Those of us who have seen…

Why The Left Mocks The Bible

Why The Left Mocks The Bible By Dennis Prager At PragerU, we have released about…

“The Battle over Jerusalem Has Just Begun”

Philly Got a Soros DA, Its Murder Rate is the 2nd Highest in the U.S.

Philly Got a Soros DA, Its Murder Rate is the 2nd Highest in the U.S.…