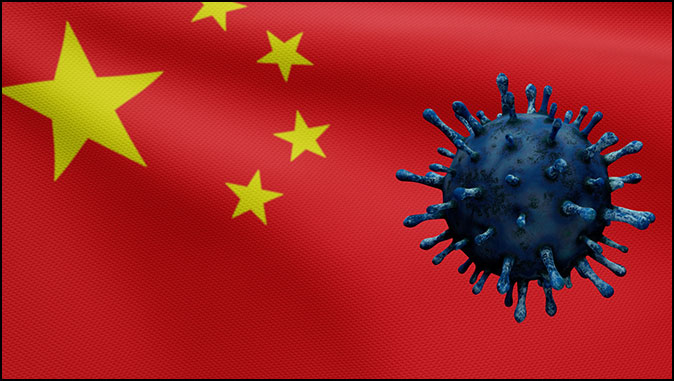 Is the U.S. Intelligence Community Putting the World at Risk?
By Pete Hoekstra

The recent release of an unclassified summary by the Intelligence Community (IC) of its investigation into China’s role in the COVID pandemic leaves one feeling that there is nothing there. Like Sergeant Schultz in the old TV series “Hogan’s Heroes,” the IC seems to be protesting “I know nothing! Nothing!” The report provided no real substantive insights into the origins of the pandemic. Yet the Intelligence Community’s COVID Summary is dangerous; infinitely more dangerous than it appears. Without saying so directly, it encourages us to discount China’s significant culpability in this disaster, downplaying its responsibility for the pandemic unleashed on its territory and its role in the deadly spread of COVID around the world.

The summary comes to three relatively strong conclusions about Chinese actions and motivations. First of all, the IC states its judgment that China did not develop the virus “as a biological weapon.” Second, the IC assesses that “China’s officials did not have foreknowledge of the virus before the initial outbreak.” Third, the report ends with a startling conclusion, stated so matter-of-factly that it could almost go unnoticed; it says that China’s “actions,” its “hindering” of the international investigation, its “resistance” to sharing information and its attempts to blame other countries, “reflect, in part, China’s government’s own uncertainty about where an investigation could lead as well as its frustration the international community is using the issue to exert political pressure on China.”

The first two findings are probably correct. Taken together, they rule out the worst possible scenario: that China’s leadership developed a biological weapon and knowingly unleashed it on an unsuspecting world. These findings were never really in debate so nothing new. But we should not take undue comfort in that. As Gordon G. Chang outlined in these pages earlier this week, just because they didn’t do it this time, doesn’t mean they will not do it in the future. Chang was correct in identifying COVID was the “ultimate proof of concept.”

What truly makes the IC summary dangerous is its third conclusion, implying China’s unacceptable behavior since the pandemic was unleashed can be explained away and thus ignored. How can the IC seriously believe that China’s active stonewalling of the international community’s attempts to get to the bottom of what happened and thus learn better how to combat the virus can be reduced to its “uncertainty about where an investigation might lead” or its “frustration” about outside political pressure? If our IC insists on promoting this rose-colored view of China, if this wishful thinking really reflects what our IC believes, the world is in deep trouble.

Let me build on Chang’s exposure of China’s behavior and offer some findings that should have been in the Intelligence Community report:

We can assess with a high degree of confidence that China views the U.S. as its primary global adversary. In the short term China wants to achieve near peer status with the U.S. In the long term it wants to be the dominant world power.

We can assess with a high degree of confidence that the Chinese Communist Party (CCP) has been actively involved in advanced virus research via improving genetic targeting capabilities.

We can assess with a high degree of confidence that the CCP facilitated the global spread of the COVID-19 virus.

We can assess with a medium degree of confidence that the CCP used its influence with the WHO to spread a major disinformation campaign.

In sum, we can assess with a high degree of confidence that while the origins and initial awareness of the virus by the Chinese government cannot be clearly ascertained, the Chinese government has been intimately involved in most everything since then. It has used the pandemic to further its global economic and political agenda. Its behavior has been ruthless and malicious.

Americans, our international allies and enemies, and, of course, Chinese and CCP officials themselves, will read this intelligence summary carefully. Thus, the U.S. intelligence community’s whitewashing of China’s culpability puts us all at risk. In documents such as this report, there are no throwaway lines. Every word is weighed and considered. The implication that China is essentially innocent of any ill will is in the report only because some senior official wanted to include it.

God help us if this signals the beginning of a Biden administration appeasement strategy. Judging from everything we have experienced over the last ten to twenty years, the attempt to placate China by writing off its malicious behavior as lightly as this report does is doomed to failure. It shows weakness. It rewards an aggressive China, and only invites more of the same.

Pete Hoekstra is a former Representative in Congress from Michigan. He served as the Chairman of the House Intelligence Committee. More recently he was U.S. Ambassador to the Kingdom of the Netherlands.