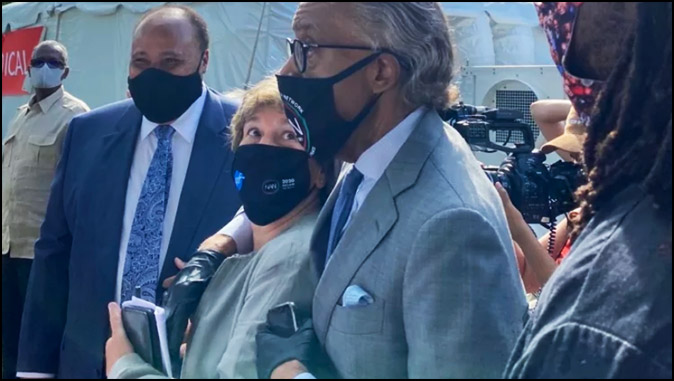 Is the IRS Letting Sharpton Run His Own Personal Piggybank?
NAN also forked over nearly $1 million on private jets and limos.
By Daniel Greenfield

Al Sharpton was BLM before there was a BLM and its grift is closely modeled on his work and that of Jesse Jackson.

Sharpton’s habits aren’t news to anyone. The latest developments just reaffirm that the National Action Network is not only Sharpton’s political platform, but maintains his lifestyle.

Rev. Al Sharpton’s charity nearly doubled his compensation and also shelled out close to $300,000 for private jets so that he and other bigwigs could attend “important gatherings.”

The self-dealing at NAN long ago became absurd.

In 2017, Sharpton sold the rights to his life story to NAN for $531,000 with the organization intending to turn around and off-load them for a profit.

An amusing New York Times story (Dec. 21, 2000) noted that Sharpton went so far as to say that he owned no suits but had “access” to a dozen. Sharpton also said he did not own a television set but watched a TV in his home purchased by the company he runs. In a court deposition, Sharpton confused his examiner by explaining that he invests almost all his salary in his company, Rev. Al Productions, which pays the rent and utilities for his family home. Sharpton said he reimburses the company for its expenses. At another point he noted that the only items he personally owned were his watch and wedding ring.

New York AG Letitia James, who has illegally targeted Trump and the NRA, would not be likely to investigate. But Sharpton’s habits do raise legal questions.

The National Action Network is a 501(c)(4) and while C4s have more leeway than C3s, they’re not supposed to be the personal piggy banks of an executive or a group of them. Take it from the IRS.

This was meant to distinguish social welfare groups back in the halcyon days when the orgs using this were primarily serving some sort of civic, rather than political function.

NAN is more unique because it’s there to take care of Al. It primarily benefits one man.

The IRS is not currently likely to touch Sharpton since he’s a Democrat kingmaker and power broker. But that can change. If elected officials and reformers dare to imagine an honest IRS.