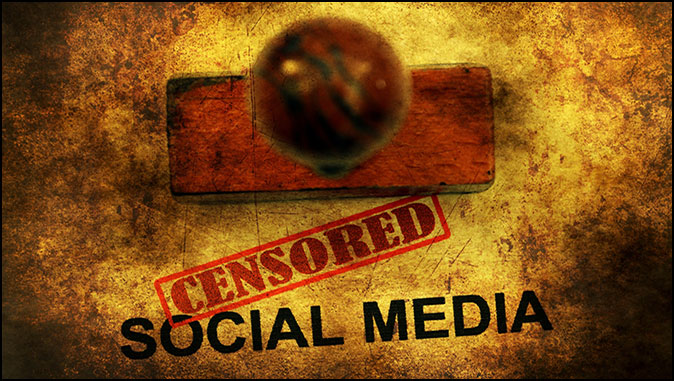 Is It Culturally Acceptable Now to Embrace Facebook Censorship?
By Hannah Harrison

As a woman who has grown up in the social media era, I’ve relied on social media almost every day since I was a 14-year-old. Instagram, Twitter, and Facebook have become a daily norm for most Americans. Yet, the blind trust many are putting in the media realm has the potential to harm our nation as we know it.

There is no denying that the closer we get to the election, things get zanier. But in the past few weeks, social media sites, namely Facebook and Instagram, have amped up their game to ensure leftist ideologies remain at the forefront while conservative beliefs are swept under the rug.

How? By attempting to pay some users to deactivate their accounts until the election is over.

My awareness of the account buyouts hit close to home earlier this month. My father received a Facebook message offering him payment if he agreed to play in a “Social Experiment” and deactivate his account through November 3rd. Sharing conservative beliefs with my father, we found this interesting, considering he often verbally expresses his opinions and ideas supporting the president and what’s happening in the country.

Later, I decided to poll my Facebook friends and see if they had a similar experience, and many had. Several had been offered money to be a part of Zuckerberg’s experiment, whether on Instagram or Facebook.

According to Facebook’s blog post, the point of this so-called research project is to “Better understand the impact of Facebook and Instagram on key political attitudes and behaviors during the U.S. 2020 elections.”

It is interesting that they choose the most important election of our lifetime to conduct this “research project.”

Facebook also claims, that “As a company, we’ve looked hard at what went wrong with Russian interference in 2016 and made some big changes.”

Do changes for the 2020 election include bribing users off the site so they can’t interfere with influencing the individuals who haven’t entirely made up their minds yet? It’s shockingly ironic that the website that asks, “What’s on your mind?” is now willing to pay you not to share personal beliefs or opinions.

This follows Facebook’s July announcement that they were considering a “temporary ban” on political ads in the final days before the election. Granted, they claimed to pull both party’s ads, whether or not that will hold up is yet to be seen.

After weeks of these experiments and ideas of such nature, there has been another update in the story. Now, Hollywood is involved.

On September 14th, a campaign called “Stop Hate for Profit” appeared online as celebrities encouraged users to log off of their accounts to protest “hate” online. Top names like Kim Kardashian, Robert Downey Jr, and others are joining in because they think Facebook and Instagram harbor hate speech, misinformation, and reward division.

Those calling for this campaign are doing so in the name of stopping “extremists” and “white supremacists” from spreading hate toward other ethnicities and misinforming the public as to the science concerning the coronavirus. Yet, some governors are allowing individuals filled with hate to destroy cities, landmarks, and livelihoods.

While I don’t condone hate, it is apparent that this “campaign” and the Facebook site are squelching specific agendas while glorifying their own.

I know and love so many people close to my age who don’t have a clue. They believe everything the media feeds them and will fight relentlessly to see their “side” win. One example is that after Taylor Swift’s LGBTQ anthem, “You need to calm down” released and sharing my opinion on it I lost a friend I’d had since high school because of her devotion to Swift and her views.

Don’t get me wrong. I’m not crying over spilled milk. But as a society, social media has groomed impressionable teens, college kids, and young adults to believe that their opinions are truth, while using the big shots to do it. As we make headway into the most crucial election of our lives, the media is still brainwashing them.

Facebook, the number one ranked social media site in the world is trying to use its influence to take away freedoms, thoughts, and rights to support beliefs. I can’t help but think of men and women who have fought for our freedom and rights.

Can you imagine having to face a family who has lost a loved one fighting for our freedom and rights? For that freedom to be replaced with censorship and idolization of culture with self-loving celebs?

What a slippery slope.