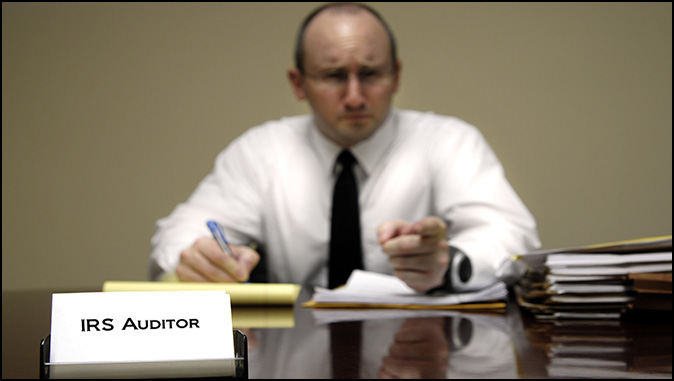 IRS: Gestapo in the Making
The police powers of the 87,000 new taxmen.
By Robert Spencer

Inflation is skyrocketing. Gas prices, despite Old Joe Biden’s crowing about minor reductions, are still substantially higher than they were before his presidency was inflicted upon us. America’s global standing is drastically diminished by Biden’s handlers’ catastrophically botched withdrawal from Afghanistan, due to the lack of preparedness of a politicized military distracted by wokeism. The Southern border is essentially nonexistent, and due to that as well as to the arrival of tens of thousands of unvetted Afghan migrants, there is an unknowable number of criminals and terrorists in the country who would have been kept out by remotely sane immigration policies. Amid all this and much more, Biden’s handlers are tackling the real problem facing America today: they’re expanding the Internal Revenue Service (IRS) to the extent that, according to the Washington Free Beacon, it will soon be larger “than the Pentagon, State Department, FBI, and Border Patrol combined.”

Yes, it’s true. The people who run Joe Biden looked around at their dumpster fire of an administration, and the smoking ruin they have wrought, and decided that what America really needs are tens of thousands of new employees for the IRS.

The Free Beacon reported that “under the Inflation Reduction Act negotiated by Sen. Joe Manchin (D., W.Va.), the agency would receive $80 billion in funding to hire as many as 87,000 additional employees. The increase would more than double the size of the IRS workforce, which currently has 78,661 full-time staffers, according to federal data.” The new money that the agency would receive “would increase the agency’s budget by more than 600 percent. In 2021, the IRS received $12.6 billion.”

Why does the IRS need so many new full-time employees? Why does it need a six-hundred-percent budget increase? It’s all part of the administration’s ongoing efforts to squeeze the American middle class. The Free Beacon notes that according to “a Congressional Budget Office analysis,” the new behemoth IRS “would result in more than $200 billion in additional revenue for the federal government over the next decade.” This is because the new IRS agents would devote substantial energy to squeezing Americans and bleeding them dry: “Democrats say the hiring of additional IRS agents will help root out tax cheats and other criminals,” for “more than half of that funding is specifically earmarked for ‘enforcement,’ meaning tax audits and other responsibilities such as ‘digital asset monitoring.’”

It’s easy to see where all this is going. The new super-IRS will be as corrupt and politicized as the FBI already is, and would use its new staff and money to go after dissenters from the Leftist regime in Washington. The IRS is already one of the most hated and feared of all federal agencies, and one that was already politicized during Barack Obama’s first two terms, when the infamous Lois Lerner began persecuting conservative nonprofit organizations.

Back in the heady days of April 2017, then-House Ways and Means Committee Chairman Kevin Brady and then-Tax Policy Subcommittee Chairman Peter Roskam asked the Justice Department to reopen a probe into Lerner’s conduct. They wrote: “On April 9, 2014, the House Committee on Ways and Means voted to send a letter to the Department of Justice referring former IRS Exempt Organizations Division Director Lois G. Lerner for criminal prosecution. As indicated in the attached letter, the Committee’s nearly three-year investigation uncovered evidence of willful misconduct on the part of Ms. Lerner. Despite this fact, and for what many believe were purely partisan reasons, the prior Administration refused to review Ms. Lerner’s misconduct.”

Indeed. And that misconduct had to do with the politicization of the IRS: “In particular,” Brady and Roskam continued, “the Committee found that Ms. Lerner used her position to improperly influence IRS action against conservative organizations, denying these groups due process and protection rights under the law. The Committee also found she impeded official investigations by providing misleading statements in response to questions from the Treasury Inspector General for Tax Administration. Finally, Lerner risked exposing, and may have actually disclosed, confidential taxpayer information, in apparent violation of Internal Revenue Code section 6103 by using her personal email to conduct official business.”

Nothing was done, of course, and now Lois Lerner’s friends and colleagues are back in power. They’re poised now with their new funding to make her look like an impartial, absolutely honest, trustworthy public official. It’s clear that Biden’s handlers, having already turned the Justice Department into a tool of his agenda, now wants to corrupt the IRS in a similar way, and turn it against those who dare to resist the implementation of his socialist, green agenda. Is there anyone among our elected officials in Washington who has the will to stop them in their ongoing efforts to corrupt the American system to its very core?