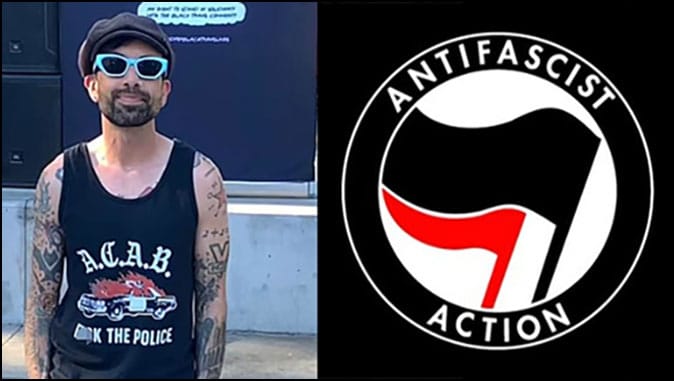 Indoctrinating from Cradle to College
By Laurie Higgins

Government schools in the cities and suburbs alike are unfit places to educate children. In the past week, school controversies in Illinois and California made national news.

First up, there was the story of woke third grade teacher Lauren Crowe from Abraham Lincoln Elementary School in Glen Ellyn, Illinois whose social media posts in which she boasts about her “LGBTQ+” classroom indoctrination efforts have split the community.

Talking directly to little ones in one TikTok video, she announces that in honor of “pride” month, she’s going to teach about “the history of the LGBTQ+ community,” about the “amazing individuals who have made this community better and who have stood up for our rights,” and about what each child “can do as an ally to support those members as well.” She also passed out “gay-and-bisexually-themed stuffed animal ‘plushies’” to her 8-9-year-old students.

Crowe, who on TikTok calls herself “classroomyogi,” is not merely suggesting her students “can” support homosexuals and cross-sex impersonators. The enlightened yogi Crowe really means students should support them and all their beliefs and cultural goals.

Closing her eyes with a beatific smile, Crowe says to little ones, “Black and Brown transwomen are the ones who made our rights possible.”

Change Agent Crowe, who is 24 but acts like she’s 14, continues:

“Pride month is also a time that we need to be aware that throughout history … there’s been a lot of … homophobia. This is a month when we can take action…to make the world a safer, kinder, and better place for the LGBTQ+ community.”

By “safer, kinder, and better,” she means a world in which theologically orthodox Christian beliefs about homosexuality and cross-dressing are eradicated or forced underground. And by “homophobia,” she means moral propositions about homoerotic acts with which she disagrees.

It is neither kind nor good to affirm lies to children. Affirming the “LGBTQ” ideology does not make anyone safer. And children can be taught to treat all people with respect without teaching them to respect false and destructive beliefs.

In another video also directed to students, Crowe, whose classroom is adorned with pro-“LGBTQ” paraphernalia, shows a series of picture books used in her classroom to advance her moral beliefs. To see Crowe’s other videos, click here, here, and here.

I share the outrage of Glen Ellyn community members, but I am a bit surprised by it in that Illinois laws—laws about which Illinois Family Institute warned many times before they were passed—mandate this indoctrination in elementary schools.

In Carol Stream, Glenbard North teacher Scott Grigoletto, hostilely confronted a student about not wearing his mask in accordance with government diktats, threatening to call the police, and calling the student “a piece of sh*t.”

According to his website, Grigoletto is Director of Percussion at both Glenbard North High School and York Community High School in Elmhurst, Illinois.

Curiously, just before his unhinged rant, 30-year-old Grigoletto was photographed not wearing his mask in accordance with government diktats. Grigoletto’s mask was below his potentially virus-brimming nose which could have spewed cooties on the “pieces” of “sh*t” he teaches:

Moving from the Midwest’s land of leftists to the Pacific’s land of fruit and nuts, we find Antifa member Gabriel Gipe who, until last week, was an AP Government teacher at Inderkum High School in Sacramento, California’s seat of government.

A Project Veritas undercover investigation recently exposed what many have been warning about for years: Leftist propagandists posing as educators are taking taxpayer money to mal-form other people’s children into leftist ideological clones. No need to speculate about Gipe’s goal because he stated it explicitly:

“I have 180 days to turn them into revolutionaries…I post a calendar [of leftist political events] every week. … And I do it for extra credit, so they get points for doing it so that encourages them to do it. Because I can’t just like, “Hey, here’s some things going on.” They’ll never go…When they go, they take pictures, they write up a reflection, that’s their extra credit.”

In addition to having an Antifa flag and poster of Mao Zedong in his classroom, Gipe bought rubber stamps that he used to “mark student work as complete.” According to the superintendent, “These stamps include an inappropriate image of Josef Stalin with an insensitive phrase, as well as other stamps with Fidel Castro, Kim Jung Un and others.” Gipe shared that there are three more teachers in his department alone who are on his “same page.”

Leftists know the younger the child, the easier their indoctrination work will be, so that’s why they’ve got preschoolers in their sights.

In northern California, a polyamorous preschool teacher who goes by the name of “Koe Creation,” posted a TikTok video to exuberantly tout her efforts to indoctrinate two-year-olds with her destructive sexuality ideology.

Koe Creation and another “queer, neurodivergent educator” co-teach toddlers in the hope of co-creating “queer, pagan, poly,” neuro-nuts like themselves out of their innocent little charges. Koe Creation proudly admits to talking to toddlers about “gender, and skin color, and consent, and empathy, and our bodies, and autonomy.” Creation exults, “It’s been fabulous!”

We also don’t have to speculate about what she and her co-propagandist teach about gender because she eagerly recounted this anecdote:

Today at the lunch table when the topic of gender and genitals came up, one of our students plainly said, “Well, I’m a girl today, but I know Teacher Koe isn’t. No, they’re enby!”

This odd statement from a preschooler requires some explanation: She has been taught that her teacher is “enby” or “NB,” which stands for “nonbinary,” and she has been taught to refer to her clearly female teacher by the third person plural pronoun “they.”

Enquiring minds might want to know how the topic of “gender and genitals” came up at the lunch table.

Koe Creation was raised by five adults, two of whom were her biological parents. She describes her family as “new-agey liberals who date multiple people, are naked more often than clothed and think sex is perfectly natural.” When asked if her subversive upbringing might be the cause of her “identities” as “queer, polyamorous, and sex-positive,” she declares unequivocally and non-credibly “no.” She also describes herself accurately as a “professional pervert.”

Creation has written a book all about her peculiar upbringing titled This Heart Holds Many: My Life as the Nonbinary Millennial Child of a Polyamorous Family. One of the other children raised in the same unfit poly family is also “nonbinary” and also goes by “they/them” pronouns. If her anarchical family structure had nothing to do with her anarchical identities, it’s a remarkable coincidence that another child in the “family” would grow up to have those exact same anarchical identities.

Just as leftists can no longer identify obscenity, they also can’t identify perversion, child abuse, or indoctrination. Get your kids out of government schools. The systemic corruption is too entrenched to change in time for your kids. In the meantime, fight for change. This is a stewardship issue. Our hard-earned dollars are being used to destroy the hearts and minds of the next generation and, thereby, America.