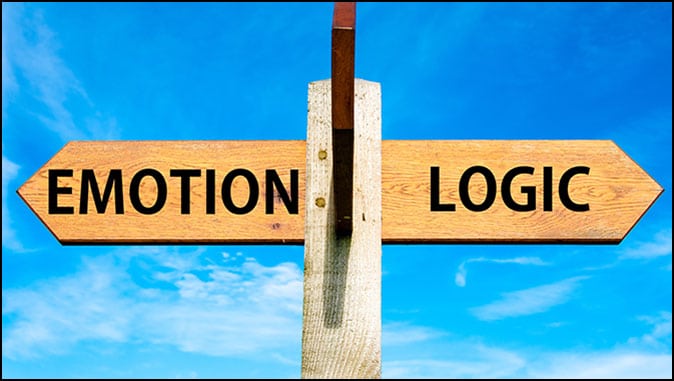 Indecent, Hypocritical and Opportunistic Immigrants In a Suicidal Nation
By Julio Severo

If I were Mr. Spock, the Star Trek character who sees everything from the perspective of logic, I would conclude that socialists who praise Cuba and Venezuela should move to these socialist “havens.”

But I am not Spock and the world seems very far away from genuine logic. Understand. All socialists who praise Cuba and Venezuela at the first opportunity move to the United States. Is this logic?

A specific case is Ronilso Pacheco, a Brazilian immigrant who lives in New York and shamelessly exalts the Marxist movement Black Lives Matter and curses Trump without the least bit of shame.

Many other Brazilian Marxists live in New York and other American cities. None of them wants to live in Cuba or Venezuela.

Are they examples or not of hypocrisy?

And then there is the Islamic issue: The United States, in a highly suicidal way, has been for decades importing thousands and thousands of radical Muslims who hate the United States, its Christianity and its conservative history. Islam is a guarantee of national suicide for any Christian nation.

One of the most scandalous cases is that of Ilhan Omar, who was taken to the United States as a Muslim “refugee” from Somalia. Unbelievably, she ended up becoming a congresswoman, using her position to attack the United States and Israel and praise Islamic terrorists.

Saudi Arabia, which is the world capital of the most extremist form of Islam, is carrying out all kinds of crimes and terrorism against the United States. And what does the U.S. do? They turn a blind eye and still provide all sorts of weapons for the Saudis.

I don’t know what’s worse: These ungrateful and wicked immigrants or the nation that welcomes such perfidious immigrants.

Another example of blatant hypocrisy is Olavo de Carvalho, a Brazilian immigrant self-exiled in the U.S. since 2005. Like every charlatan, he entered the U.S. as a correspondent for a Brazilian newspaper. The big problem is that this newspaper has always had very little circulation and has no money even to support a correspondent in poor Haiti, let alone in the U.S.

The fact is that, in terms of fraud and deception, Carvalho does not lose anything in comparison to any socialist. The worst thing is that he attacks and criticizes evangelical Americans (only in Portuguese, for no American to see!) as liars just because American literature is champion against the Inquisition and champion in the defense of the Jews. As a trickster, Carvalho says the Inquisition was a human rights court. Then did the Inquisition, contrary to what Jewish and Protestant historians inform, save Jews and Protestants?

In a very “smart” coup, Carvalho had founded an institute in the U.S. to facilitate immigration visas for his relatives and allies. As soon as I denounced the coup, the institute closed.

The right place for Carvalho is Spain, famous for its bloody Inquisition. However, neither Marxists nor Carvalho want Cuba or Spain. They want the U.S.!

The right place for Muslims is Saudi Arabia. But they also want the U.S.!

Too bad the United States doesn’t know how to select immigrants who love its beautiful conservative history.

Directly from Virginia, Brazilian immigrant Olavo de Carvalho curses American historians about the Inquisition as liars, but the only real diploma that Carvalho has is as a professional astrologer. Nothing else.

If the Trump administration hired me as an immigration inspector, I would be an Anthony Comstock: I would wipe out all the Marxist, Islamic and pro-Inquisition false conservatives who detest the U.S. and its beautiful conservative history.