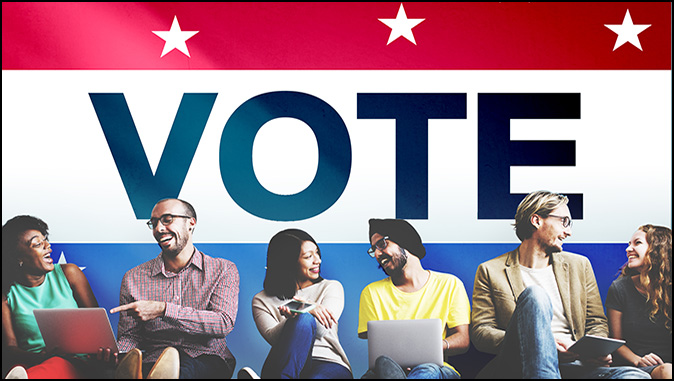 It was just a mini headline nationally on primary night this month, but one with some national implications and historic resonance. The city of Detroit, 77% of whose residents are Black, according to the 2020 Census, will not be represented by any Black members in the 118th Congress taking office next January.

That’s something of a historical first. All or parts of Detroit have been represented by Black congressmen since Charles Diggs Jr. won a seat in 1954. He was joined, in a newly created next-door district, by John Conyers Jr., who won his Democratic primary by just a 44-vote margin in 1964.

There were very few Black congressmen back then. There were only two in 1954: William Dawson from the South Side of Chicago and Adam Clayton Powell Jr. from Harlem. They were joined by Robert Nix of West Philadelphia in 1958 and Augustus Hawkins from South Central Los Angeles in 1962.

When Conyers founded the Congressional Black Caucus in 1971, there were only 12 Black House members, all elected from districts where most residents had roots in the great 1940-1965 migration of Blacks from the rural South to the urban North.

So, does the fact that Detroit will have no Black congressman next January mean that we’re regressing to the 1901-1929 period when no Blacks served in Congress?

The short answer is no. Non-Black candidates won primaries in Detroit’s two heavily Democratic districts because of their own positive appeal.

One was Rashida Tlaib, a member of the progressive “Squad” and an outspoken champion of Palestinian rights in Israel. She won the 2018 primary for the seat Conyers resigned with 31% of the vote. Michigan, like 39 other states, has no runoff elections. She won 66% and 64% in the subsequent Democratic primaries in a 54% Black district in 2020 and 2022. Evidently, her constituents are happy with her service.

That’s not clear yet for the nominee from Detroit’s other heavily Black district, state Rep. Shri Thanedar, who won a nine-candidate Aug. 2 primary with 28% of the vote. He’s an India-born chemical company entrepreneur who spent $10 million (including a Super Bowl ad) running for governor in 2018 and finished third with 18% of the vote. He then moved from Ann Arbor to Detroit and won an eight-candidate Democratic primary for state representative with 35% of the vote in an 89% Black district.

How he’ll fare in 2024 is unclear. But Tlaib’s experience and that of Memphis’ Steve Cohen, who has been re-nominated eight times in the nearly two-thirds Black Tennessee 9th District, make it clear that black voters often support non-Black incumbents.

There’s even more evidence that white voters will support Black candidates. Fifty years ago, in 1972, Andrew Young was elected in a majority-white district in Atlanta, albeit by a narrow margin and with only a small percentage of white votes. Today, most Black members get lots of votes from whites.

That means just about half of Black House members, like the three Black senators — Democrats Cory Booker (NJ) and Raphael Warnock (GA) and Republican Tim Scott (SC) — have constituencies with non-Black majorities.

Those numbers also represent the dispersion, thanks to fair housing laws and changed real estate practices, of Black Americans from central city ghettos to neighborhoods of many kinds. Detroit’s Black population peaked back in 1990. In 2010, the city’s Black population fell by 93,000, while its non-Black population rose by 19,000.

This dispersion means it’s not as easy as it used to be to create majority-Black congressional districts, as the longtime dominant interpretation of the Voting Rights Act of 1965 once seemed to require. More recently, Democrats have been arguing that the act requires only large Black percentages — which has the partisan effect of making it easier to put heavily Democratic Black voters in adjacent districts.

In the outgoing Congress, only one state — Georgia — had four majority-Black House districts, and only two states — Michigan and Maryland — had two. That may make it harder to fashion a congressional career centered on Black voters’ particular concerns. But it’s also obviously far easier than it was half a century ago for Black Americans to pursue political careers in constituencies of all kinds.

Case in point: businessman John James, a Black Republican who ran close races against Michigan’s two senators in 2016 and 2018. On Aug. 2, he won the primary in the 10th Congressional District in suburban Macomb and Oakland counties and is favored to win in November.

That’s something to keep in mind for those who think it evidence of “systemic racism” that Detroit won’t have a Black congressman for the first time in 70 years. A nation that has elected and reelected a Black president and that has increased the Black percentage of House members from 1% to 13% in those 70 years is a whole lot less systemically racist than it used to be.

Michael Barone is a senior political analyst for the Washington Examiner, resident fellow at the American Enterprise Institute and longtime co-author of The Almanac of American Politics.