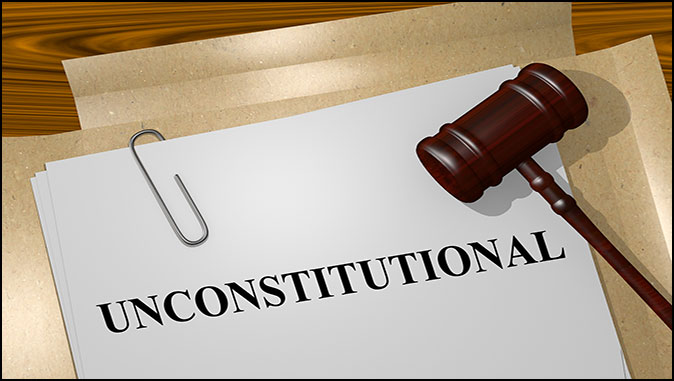 If Biden’s Unconstitutional Mandate Isn’t Stopped, It’ll Only Be The Beginning
By Daniel Greenfield

In previous cases, judges have asked the Biden administration’s lawyers and lawyers for governors imposing pandemic restrictions where they would draw the line and what restrictions on their powers they would accept. These are good and important questions because they represent the boundary of the powers that Democrats are claiming. And it turns out that there’s no boundary. Democrat lawyers have had trouble answering those questions precisely because they don’t concede any limitations whatsoever on their powers.

What we’ve seen under the Obama and Biden administrations is that even once both men rule out something as beyond their power, they change their mind and do it anyway.

Biden’s mandate power grab is outrageous, but hardly the end of the line. There’s a push to go even further with an interstate travel vaccine mandate.

The federal government should impose vaccine mandates for flying in and out of the United States and between states. It should also impose vaccine requirements on other forms of interstate travel, like railways and boats, and on transportation of interstate goods, through, for example, freight trains or trucks. All these areas are already heavily regulated.

A month ago we were being told that an interstate vaccine mandate was on the table, but Biden’s people thought it was too polarizing.

One of those measures is requiring proof of vaccination for interstate travel on airplanes and trains, an arena the federal government has broad control over (it is currently federal law to wear masks on planes). However, the administration reportedly fears that policy “would be too polarizing for the moment.”

That was a month ago. Before Americans were abandoned in Kabul, and Biden’s approval ratings tanked. Polarizing is clearly no longer a problem with Biden giving a speech that consisted of ranting at Americans who haven’t gotten the vaccine. Polarizing indeed is a selling point.

So how long until a vaccine mandate for interstate travel emerges? And what comes after that?

This is why it’s so important to resist power grabs because they’re never the end stage. There’s always another outrage waiting in the wings.