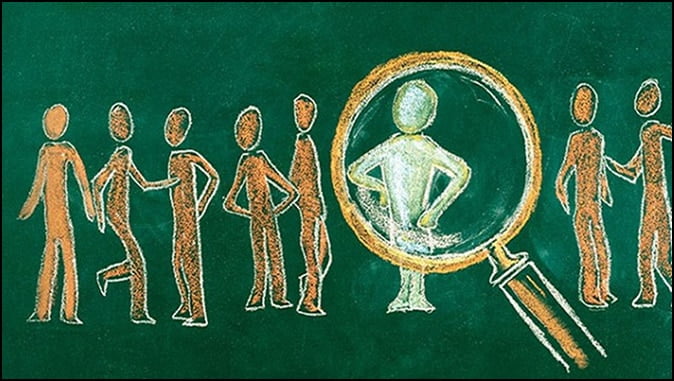 Humanism: A Faith for Atheists, Secularists
By Ed Vitagliano

In a highly controversial 1983 essay, humanist author John J. Dunphy spotlighted the inevitable conflict in America between Christianity and what he called “the new faith of humanism.”

Dunphy laid out his case against the Christian faith by asserting that “blood is the ink in which the history of Christianity has been written.” He charged it with unfurling “devastating tyranny” over the human race.

The Bible came in for particular hostility, as Dunphy stated that “it has been and remains an extremely dangerous book. It and the various Christian churches which are parasitic upon it have been directly responsible for most of the wars, persecutions, and outrages which humankind has perpetrated upon itself over the past two thousand years.”

Stout stuff, those charges, but such defamation against Christianity has become commonplace over the past two decades from the so-called “New Atheists” – men like Sam Harris, Richard Dawkins, Daniel Dennett, and the late Christopher Hitchens.

It is unusual for humanists like Dunphy to so casually compare their atheistic worldview as an alternate “faith,” but at least he was being honest. Published in The Humanist magazine, he titled his essay, “A New Religion for the New Age.”

More chilling, however, was his vision of the clash that was coming and his strategy for humanism’s triumph over Christianity:

“I am convinced that the battle for humankind’s future must be waged and won in the public school classroom by teachers who correctly perceive their role as the proselytizers of a new faith: a religion of humanity. … These teachers must embody the same selfless dedication as the most rabid fundamentalist preachers, for they will be ministers of another sort, utilizing a classroom instead of a pulpit to convey humanists’ values in whatever subject they teach. … The classroom must and will become an arena of conflict between the old and the new – the rotting corpse of Christianity, together with all its adjacent evils and misery, and the new faith of humanism. …”

Who can doubt that this is exactly what atheistic secularists have been doing? In addition to controlling education on every level – public schools, colleges, universities, and graduate schools – atheist groups regularly sue or threaten legal action against virtually any mention of Christianity in the public square. Moreover, these atheists are writing popular books, going on college campuses, on talk shows, etc., all to win “converts” to atheism.

A Culture in Transition

However, are they actually winning converts? The numbers don’t necessarily bear this out, at least not in any direct way.

Numbers from the Pew Research Center in 2019 found that only 4% of adults in America say they are atheists, and only 5% say they are agnostics. That does represent a small increase compared to Pew’s 2009 survey results, when the numbers were 2% and 3% respectively.

Nevertheless, there can be little doubt that America’s relationship with Christianity is changing. The percentage of American adults who identify as Christians has dropped dramatically over the last 10 years. According to Pew, while 65% describe themselves as Christians, 77% did so in 2009.

A Gallup survey in 2016 put the numbers a bit higher. The survey found that 74% of Americans identified as Christian. However, this seemingly high number should be placed in perspective, as it must be noted that this percentage represents a steep drop from numbers in the late 1940s and 1950s. At that time, Gallup polling said more than 90% of Americans identified as Christian (either Protestant or Catholic).

Gallup’s 2016 poll found that 21% of Americans said they did not have “a formal religious identity.” These people claimed to be “religiously unaffiliated,” meaning they claimed to be either atheist, agnostic, or “nothing in particular.” They became known as religious “nones.”

The ranks of these religiously unaffiliated Americans clearly seem to be growing. Over the last decade, Pew said the numbers of this group grew from 17% of Americans to 26%.

In all fairness, trends like these cannot be blamed solely on the direct attacks on Christianity by atheists. Instead, it appears that atheism and a secularist approach to life are having a corrosive effect on society, especially among young people.

If these trends continue, the fallout could alter the nation forever. The Pew report said, “Religious ‘nones’ are growing faster among Democrats than Republicans, though their ranks are swelling in both partisan coalitions.”

The survey found a 17-point drop among the percentage of Democrats who say they are Christian, leading to a 14-point increase among party affiliates who declared themselves religious nones. Pew said these nones now constitute one-third of Democrats in America.

Although less severe, there was also a similar pattern detected among Republican poll respondents: a 7-point drop in Christian affiliation with a corresponding 6-point increase among those identifying as religiously unaffiliated.

Is it any wonder that younger people are now open to socialism? A separate Gallup poll last year revealed that, while 43% of all Americans said some version of socialism would be good for the country, some 58% of people ages 18 to 34 wanted it.

What can a fractured nation expect? Virtually the entirety of its education system at all levels, the vast and influential entertainment industries, and even corporate America all present life as being detached from any Christian concepts of reality. For these towering institutions, God is not even in the equation. Public life in America might not be explicitly atheistic, but it is certainly implicitly so.

This presents a sobering challenge for Christians in the U.S. If they do not want their cultural life stripped bare of all biblical values, they need to take seriously the Great Commission. It’s time to win the lost and make disciples, before the freedom to do so is lost.

Atheist, humanist, secularist – these kinds of words can overlap and cause confusion. What do they mean? Simply put:

Atheism is the denial of the existence of God and the claim that the only thing that exists is matter (materialism). There are no angels, no soul, no afterlife, etc.

Humanism is the corresponding tenet that mankind is in charge of its own destiny. Men and women need to discard obsolete religious beliefs because no one else is available to help us.

Secularism is the resulting blueprint for a society that has placed humanity at the pinnacle of life on Earth. Mankind must allow science and reason to direct its future.

How Hillary May Give President Trump a Second Term

From Benghazi to Manchester

When Voters Understand LGBTQ Agenda, Most Say No

When Voters Understand LGBTQ Agenda, Most Say No By Linda Harvey It’s not a secret…

Let’s Not Go Back to Normal

Let's Not Go Back to Normal By Linda Harvey Catastrophe brings reflection. What is most…

The Latest Foe of Feminism

The Latest Foe of Feminism By Mason Beasler The Political Correctness monster never stops. It…