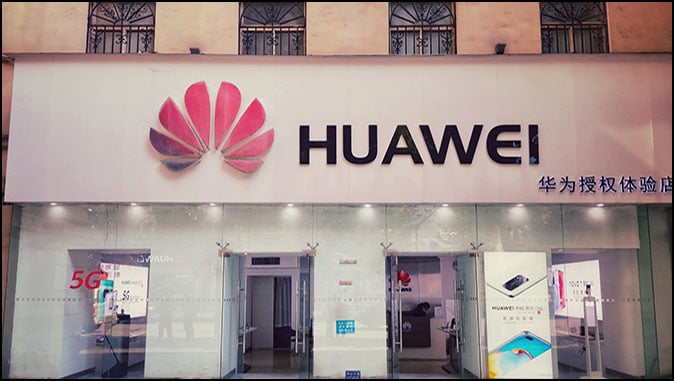 The Podesta power couple has always been really bad news.

John Podesta chaired Hillary’s presidential campaign and served as counsellor to Obama and Chief of Staff to Bill Clinton. He founded and still serves on the board of the Center for American Progress, the premier lefty think tank, and has been able to get some of his people into the Biden White House.

Tony Podesta was one of the most powerful lobbyists in D.C. A top Democrat donor and the other half of the Podesta power couple.

The brothers had founded the Podesta Group, a top lobbying firm, which had to close down because of Russiagate. Tony Podesta, unlike Manafort and Bernie Sanders adviser Tad Devine, got away clean. And Tony Podesta got back to doing what he loved. Lobbying.

In this case, representing Huawei which had been sanctioned by the Trump administration over its ties to the Chinese military.

While the Podesta-Huawei arrangement had been reported in July, the size of the payout had not been.

Huawei, the Chinese tech giant that is on a U.S. trade blacklist, paid veteran Democratic lobbyist and donor Tony Podesta $500,000 to lobby the White House during the third quarter.

The disclosure comes as the Biden administration is facing pressure to keep Huawei on the blacklist, which restricts the company’s access to semiconductors. The lobbying took place between July and September.

Podesta, according to the third quarter disclosure, targeted only the White House Office for Huawei last quarter. The disclosure form says it was for “issues related to telecommunication services and impacted trade issues.” The White House Office is run by the president’s chief of staff, who, in this case, is Ron Klain, another veteran Democratic power player.

Huawei is just another way of spelling PLA.

A new analysis of CVs of Huawei staff appeared to reveal deeper links between the technology giant and China’s military and intelligence bodies than had been previously acknowledged by the firm.

The paper, which looks at employment records of Huawei employees, concluded that “key mid-level technical personnel employed by Huawei have strong backgrounds in work closely associated with intelligence gathering and military activities.” Some employees can be linked “to specific instances of hacking or industrial espionage conducted against Western firms,” it claimed.

The study may heighten concerns among governments who are analyzing claims that Huawei poses a national security risk. Some countries are worried that Huawei could install so-called backdoors in its telecommunications networking equipment that would allow the Chinese government to access user data. Huawei has repeatedly denied it would ever engage in such activity.

Another CV describes an individual who worked at Huawei but was a representative of a government entity responsible for espionage and counter intelligence. That individual “engaged in behavior that describes planting information capture technology or software on Huawei products,” according to the study.

Elaborating on the research in an email to CNBC, Balding said he had not seen the word “backdoor” in a CV but there is a “wealth of other technical terminology that indicates a pattern of this general type of behavior is taking place.”

Why is Huawei spending quite so much on Tony Podesta? They believe that he has the connections in the Biden White House to get them what they want.

The Biden administration has already gone along with China’s hostage deal for a top Huawei executive. The question is what they’ll go along with next.