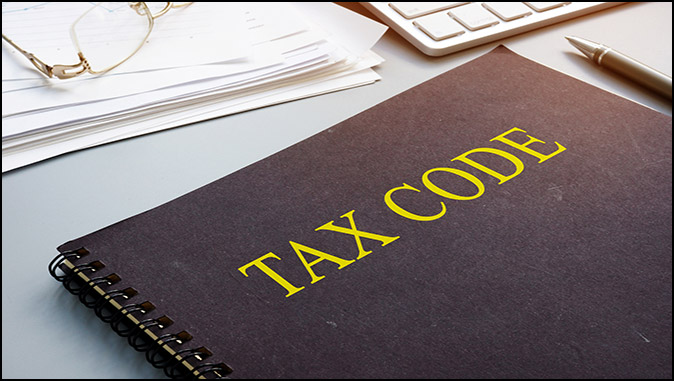 How the ACLU Abuses the Tax Code to Campaign for Democrats
“Biden boasted about breaking records for online political fundraising…it’s ACLU supporters who are powering his election.”
By Daniel Greenfield

What was the secret of the ACLU’s financial strategy? Like so many others had over the decades, it had invested in Trump. The 2016 numbers reflect the former civil rights organization before Trump while the latter are the powerhouse numbers after the former president.

In 2016, member contributions amounted to a respectable 24 million. By the 2021 report, they totaled over 138 million. Of those 21 million came from new contributors alone. The ACLU post-Trump was making almost as much in revenue from new numbers as the pre-Trump ACLU was earning from all of its members.

Fortune Magazine reported that, “ACLU membership grew from 400,000 to 1.84 million in the 15 months following President Donald Trump’s election” and while “the group’s online donations used to run between $3 to $5 million annually, but in the year after Trump took office, it raised $120 million online.”

Before the last presidential election, the ACLU, which claims to be non-partisan, put out a press release boasting that “ACLU supporters’ contributions represent between 20 and 30 percent of all Democratic fundraising”.

ACLU Executive Director Anthony D. Romero, a veteran of the Rockfeller and Ford Foundations, bragged that, “Vice President Biden boasted about breaking records for online political fundraising following the announcement of Senator Kamala Harris as his running mate, but the fact is that it’s ACLU supporters who are powering his election – providing one-fifth of all the money he’s raised thus far.”

It was a bizarre press release, seemingly flouting IRS 501(c)(3) regulations, with the ACLU claiming credit for its supporters “powering” Biden’s campaign with cash, not to mention “$24 million of the $88 million” raised by the DNC, “$110 million— or 14.6 percent” of the money raised by “Democrat-leaning PACs” and “over $183 million to ActBlue, 24 percent of the total”.

What does any of this have to do with civil rights? Not much. But neither does the ACLU which has largely abandoned its old commitments to freedom of speech and a principled defense of anyone based on civil rights without regard to partisan political objectives.

What Romero was really revealing was not that the ACLU was “powering” Biden’s campaign, the DNC, ActBlue and lefty PACs, but that the Dems were powering the former civil rights group. The ACLU had become just another arm of the Democrats and its leftist political vanguard.

Internal Radical Service by David Horowitz and John Perazzo, a pamphlet from the David Horowitz Freedom Center, had delved into the abuse of the tax code by radical nonprofits fueled by even more radical foundations like the Ford and Rockefeller foundations. Anthony Romero, the ACLU’s boss, had, as Discover the Networks notes, formerly “led the Ford Foundation‘s Human Rights and International Cooperation Program, which became, under his leadership, Ford’s largest grant-making unit.” And Influence Watch points out that, “The Ford Foundation had funded the ACLU Foundation… during Romero’s time with Ford.”

The ACLU now makes a quarter of a million a year renting out its list. It spends over $20 million on fundraising and a little over $2 million on “civil liberties policy formulation.”

An ACLU podcast promoted Stacey Abrams while claiming that she only lost because of “voter suppression”. The ACLU neglected to mention that the organization had spent $800,000 on an ad campaign promoting her during the election. The ACLU Abrams ad was effectively indistinguishable from a campaign ad and featured her name under banners such as “Stacey Abrams: Save $35 Million” and “Stacey Abrams: More Treatment”.

The ACLU has a 501(c)(4) arm that campaigns for Democrats and a 501(c)(3) nonprofit arm that sues on their behalf. The ACLU hasn’t even bothered making any credible distinction between its left arm and its right arm. It does this with the complicity of the IRS. As Internal Radical Service notes, the IRS has allowed abuses like these in order to empower the Left.

The ACLU has enormous amounts of money flowing into its coffers not because civil rights is suddenly exciting, but because the leftist group abandoned the pretense of principled civil rights litigation to become a clearinghouse for Democrat and leftist political activism. The vast shift in its finances between 2016 and 2021 reflects the organization’s growing radical partisan tilt.

The profound shift in the ACLU from a civil rights organization to a generic leftist advocacy group could be measured in last year’s launch of its “Systemic Equality Agenda”.

“We are committed to using our nationwide network of litigators, advocates and supporters, the strongest ACLU we have ever known, to dismantle white supremacy,” Romero declared.

Very little of the ACLU’s systemic equality program had anything to do with civil rights.

Most, like having taxpayers fund student debt, provide cheap internet, more child tax credits, skin color reparations or embedding banking into the post office, were generic welfare state provisions. Not only wasn’t the ACLU fighting for civil rights, it could no longer even define it.

It’s become hard to tell apart the ACLU from other leftist and Democrat groups. It has no particular interest in free speech, instead it fights for whatever trending policy battle is in vogue from black nationalism to boys playing on girls’ teams to illegal aliens to having the Post Office cash checks. It runs ads for Democrat candidates and boasts of “powering” Biden’s campaign.

George Orwell’s Animal Farm concludes with the animals struggling to tell apart the farmers and the ruling class leftist pigs. “The creatures outside looked from pig to man, and from man to pig, and from pig to man again; but already it was impossible to say which was which.”