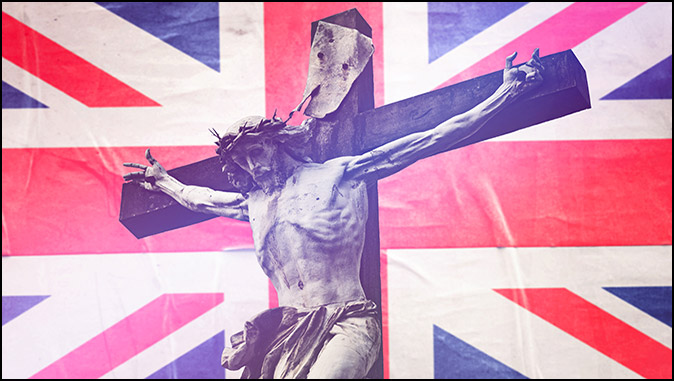 How Christians Became a Minority in the UK and How It’ll Happen Here
“Only 3% of 18-24 year olds identify as Anglicans, and only 5% as Catholics.”
By Daniel Greenfield

Mass migration and the collapse of religion among the young have transformed Europe. And it’s transforming America at a slower rate.

Christians now account for less than half of the UK population for the first time in census history, government figures reveal.

The Office for National Statistics (ONS) has today published the results of its census data on religion, national identity, ethnic group and language.

Muslim mass migration is obviously a factor, but the biggest factor is that few younger people in the native population are religious. There’s a massive increase in irreligiosity that far outstrips the changing demographics due to immigration.

The next most common ethnic group was ‘Asian, Asian British or Asian Welsh’ accounting for 9.3 per cent (5.5 million) of the overall population, this ethnic group also saw the largest percentage point increase from 2011, up from 7.5 per cent (4.2 million people)…

No religion is also increasing in the United States.

I noted in 2019 that the majority of white Democrats were no longer Christians.

In Obama’s first year in office, 68% of white Democrats described themselves as Christians, 7% claimed to be members of other faiths, and 24% said that they had no religious affiliation.

A decade later, only 47% of white Democrats call themselves Christians. 10% are members of other faiths, and 42% have no religion.

A majority of white Democrats have ceased to be Christian.

This is a generational phenomenon. Back to the UK.

These numbers may be a bit outdated, but they haven’t gotten any better. And America is catching up.

What you’re seeing is the result of cultural programming that has all but eliminated Judeo-Christian religiosity as a source of values and identity among the young and replaced it with pop culture and politics.