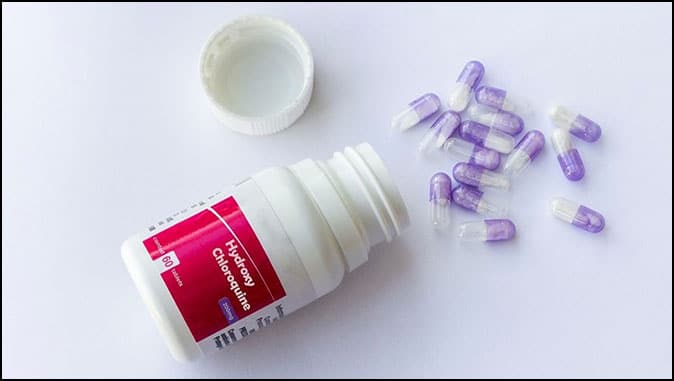 One of the many unfounded and uninformed myths that have taken hold of the media, the public, and the Deep State is that hydroxychloroquine (HCQ) is voodoo medicine that does not work against the Chinese virus.

The NIH has known since 2005 that HCQ is effective against the Covid family of viruses. But for reasons we’ll get to in a moment, this truth has been suppressed, demonized, and ridiculed. And folks who believe what the science says have been aggressively censored on Twitter, Facebook, and Google. Even the president’s son had his Twitter account suspended for 12 hours for having the temerity to challenge the spectacularly wrong conventional wisdom on the subject.

HCQ is a medication that has been in constant use since 1944. It has virtually no detectable side effects. Deleterious side effects would inevitably have surfaced somewhere along the line after 76 years of use. But none have. The most commonly cited one, even by doctors who refuse to prescribe HCQ, is the utterly bogus claim that it causes heart problems.

But heart arrhythmias are so rare with this medication that they are not even listed among the possible side effects of the drug. Hundreds of millions of doses of HCQ have been safely dispensed over the years. I myself took it back in the day when I traveled to malarial countries on mission trips. Not only did I not get malaria, I got no side effects of any kind to boot.

An Oxford University study of more than 320,000 older patients revealed arrhythmia excess death rates of less than nine per 100,000 users. A new paper in the American Journal of Medicine by well-recognized cardiologists around the world agrees entirely with this analysis.

But the most damaging myth is that HCQ doesn’t work against COVID-19. This is the kind of wrongthink George Orwell was referring to when he said, “Some ideas are so stupid that only intellectuals believe them.” This is the kind of bent scholarship Paul warned Timothy about when he told him to avoid “what is falsely called knowledge” (1 Timothy 6:20).

Dr. Harvey Risch is a distinguished epidemiologist at the Yale School of Public Health. He is so knowledgeable and accomplished that he has written over 300 peer-reviewed articles and has been recruited to serve on the editorial board of any number of scientific publications. Referring to HCQ, he says flatly, “The key to defeating COVID-19 already exists. We need to start using it.” He adds, “When this inexpensive oral medication is given very early in the course of illness, before the virus has had time to multiply beyond control, it has shown to be highly effective, especially when given in combination with the antibiotics azithromycin or doxycycline and the nutritional supplement zinc.”

Because HCQ had been demonized and consequently not used, “tens of thousands of patients with COVID-19 are dying unnecessarily.” And because it has been demonized, heroic doctors have put their medical careers at risk by prescribing it for needy patients who just want to live. Two of them are fighting state medical boards as we speak to save their licenses to practice medicine. Says Dr. Risch, “The cases against them are completely without scientific merit.”

In Brazil, when deaths began to increase, the public hospital laid up 90,000 doses of HCQ and the death rate almost immediately began to plummet and is now one-eighth of what it was at the peak.

Switzerland banned outpatient use of HCQ and saw deaths increase four-fold. The Swiss sensibly reversed the ban about a month later, and the death rate reverted to what it had been before in about two weeks.

Because it has been so demonized, the medical community is no longer judging this drug strictly on the science. Instead, it has become a “marker of political identity.” President Trump likes it and has actually taken it with no ill effects, and so Trump-haters think only idiots would want to use it. This, says Dr. Risch, “is not how medicine should proceed.”

It is impossible not to think that plain human greed has a lot to do with the suppression of the truth about HCQ. It’s a generic drug, and a full course of treatment costs about 30 bucks. Nobody stands to make a killing off HCQ. There’s no money in it.

Remdesivir, the current alternative of choice, not only doesn’t work, it costs $3,500 for a course of treatment, and it has to be administered in the hospital by injection. HCQ, on the other hand, is taken orally. As things stand, whoever gets a completely unnecessary vaccine to market first stands to make about $19 billion. The Deep State in the medical community is a big club, whose denizens all look out for each other. That’s why HCQ has no friends and hoped-for vaccines have huge fan clubs.

“In the future, I believe this misbegotten episode regarding hydroxychloroquine will be studied by sociologists of medicine as a classic example of how extra-scientific factors overrode clear-cut medical evidence. But for now, reality demands a clear, scientific eye on the evidence and where it points. For the sake of high-risk patients, for the sake of our parents and grandparents, for the sake of the unemployed, for our economy and for our polity, especially those disproportionally affected, we must start treating immediately.”

Leftists Exploit Violence to Cancel Conservatives By Laurie Higgins This is how it’s going down,…

Solving the Vaccine Crisis By Betsy McCaughey Originally Published by the Gatestone Institute. Americans are…

After Conservative Deplatforming, Purge Moves to Ham Radio By Daniel Greenfield The two things about…