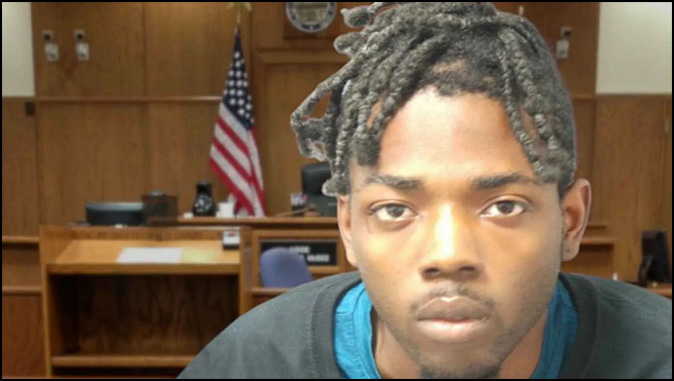 Stephan Cannon, 26, has been found guilty for the murder of retired St. Louis police officer David Dorn, gunned down in June, 2020, during violent riots and looting. The jury took only three hours to find Cannon guilty on all six counts, including first-degree murder.

“While nothing can bring Capt. Dorn back to his loved ones,” Gardner said, “Mr. Cannon has been held accountable for his crimes committed in the City of St. Louis, and justice has been served.”

Dorn, 77, was responding to a burglar alarm at a friend’s pawnshop when he encountered a gang of looters. Cannon retrieved a gun and by one account shot Dorn 10 times, leaving the retired officer dead on the sidewalk. In court prosecutors played a video taken at the shooting and uploaded to Facebook. This crime failed to launch a national outcry about gun violence or looting.

Former president Obama had spoken out on the Trayvon Martin, Daunte Wright and other cases, but his public statements on David Dorn were hard to find. After the death of George Floyd in police custody on May 25, 2020, the former president said “to bring about real change, we both have to highlight a problem and make people in power uncomfortable.” People without much power, such as owners of small businesses, could be forgiven for seeing this as a justification for violence.

Despite claims by politicians and corporate media that the protests were “mostly peaceful” and safe to do amidst a pandemic because racism is also a public health crisis,” noted Jordan Boyd of the Federalist, “US cities were quickly plagued with looting, violence, arson, vandalism, and damage to public property. It was this mayhem that proved fatal for some. Protestors and bystanders, ranging in age from 14 to 77 lost their lives in the chaos that media outlets labeled as a ‘peaceful demonstration intensified.’”

Thirty people died and the victims of the violence included “a police captain, a former football player, a federal officer, a photographer, business owners, teens, and others. A majority of their deaths were caused by shootings, but a select few were caused by being hit or dragged by cars. One news report documented that a body was found burned to death in the remains of a Minneapolis pawn shop set on fire by rioters.”

As Boyd noted, the former Indiana University football player, Chris Beaty, “was shot and killed on the street during an Indianapolis protest on May 30. Beaty’s family says they were told he was helping two women being mugged when he was shot.” None of this prompted those who had labeled the protests as peaceful to decry “gun violence,” or denounce the mayhem in the same terms used for police shootings. On the economic side, costs in the 20 largest areas exceeded $400 million in the first weekend, with overall costs at $2 billion, possibly more.

If the murder of David Dorn elicited a response from Joe Biden, he kept it to himself. The Delaware Democrat showed no such hesitation when the defendant was a police officer.

In April of 2021, during the trial of police officer Derek Chauvin, charged in the death of George Floyd, Biden said “the murder of George Floyd launched a summer of protest we hadn’t seen since the civil rights era in the ‘60s. Protests that unified people of every race and generation and peace and with purpose to say, ‘Enough, enough, enough, enough of these senseless killings.’” Biden, who professes to be Catholic, was also “praying” for “the right verdict.”

A more accurate comparison is the LA riot of 1992, extended in 2020 to cities across America and carried on for weeks. Antifa and Black Lives Matter rioters also attacked government buildings and took over part of Seattle. Joe Biden believes Antifa is only “an idea, not an organization,” For the Delaware Democrat, the summer of violence, destruction and death was all about peaceful protest and civil rights.

Last month, Biden didn’t say if he was praying for the right verdict in the David Dorn case. In the view from the Biden White House, Dorn’s black life doesn’t matter. For the Delaware Democrat, this is not a new development.

In 2009 at Fort Hood, Texas, Maj. Nidal Hasan murdered 13 unarmed American soldiers and wounded more than 30. The victims included Pvt. Francheska Velez, who was pregnant. She pleaded for “my baby,” before Hasan shot her dead. In a statement vice president Biden referred to “the brave soldiers who fell,” with no word of how they were killed and no identification of the murderer.

Vice president Biden named not a single victim and issued no condemnation of “gun violence” or terrorism in a case the administration called “workplace violence.” With that record, no surprise that the Delaware Democrat ignores the guilty verdict in the case of murder victim David Dorn.

Convicted murderer Stephan Cannon will be sentenced on September 13. For the people moving forward, the struggle against crime and tyranny is the struggle of memory against forgetting.