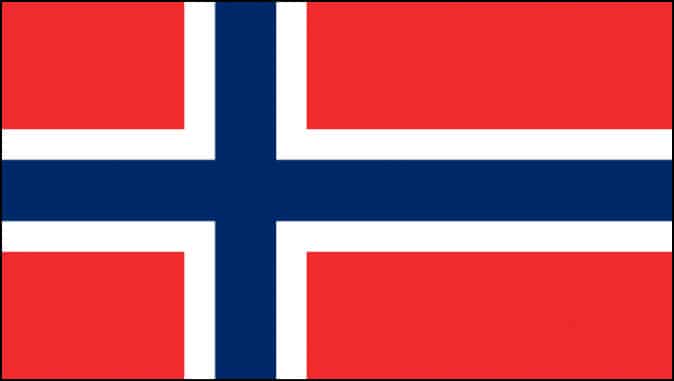 The main thing you need to know about the results of last week’s Norwegian elections is that the international media and political elites were absolutely thrilled – just like when Joe Biden won. “America is back!” they cheered in the world’s corridors of power last November. Similar sentiments greeted the news that Norway’s left-wing parties had secured a majority of parliamentary seats, ousting the conservatives.

In a time when China and Russia are saber-rattling, when the COVID lockdown has decimated economies, and when the dire process of Islamization continues in Europe, the top issue in the Norwegian election was – what else? – climate change. No surprise. The nation’s state-run media corporation – a reliable fount of leftist agitprop – has been pushing the existential-threat, time-is-running-out line for years. This time around, deluged with Greta Thunberg-style campaign rhetoric, a significant number of voters listened. Why? Partly because many Norwegians are highly susceptible to save-the-world pitches: this is, after all, the “peace nation,” which derives much of its sense of identity from brokering accords and being a founding member of the UN. But also partly because of the central role of nature in Norwegian culture.

You see, you’re not a true Norwegian unless you’re devoted to friluftsliv – life out in the open air. (The word was coined by Henrik Ibsen in 1859.) Taking walks in the mountains isn’t just a popular pastime but something more like a sacred ritual. The late Arne Næss, the country’s foremost modern philosopher (and, briefly, uncle-in-law of Diana Ross) built up his whole philosophy around the zen of mountain climbing, the importance of going outside and breathing fresh air, and the proposition that the rights of plants are equal to those of human beings. This intense attachment to nature makes Norwegians very eco-conscious, and gives them a fierce sense of custodianship of the natural world – and hence makes them the perfect suckers for the climate-change hustle.

Here’s just one example of Norwegians’ determination to do good by the environment: in no other country has a higher percentage of the population bought into the electric-car scam. Since 2016, the market share of plug-in vehicles has skyrocketed from 29.1% to 74.7%. As for those Luddites who still rely on fossil fuels, you might expect them to be charged reasonable prices at the pump, given that Norway’s biggest industry is the extraction of North Sea oil and gas. (After all, Venezuelans pay less than a penny per gallon – one of the few advantages of living in that hellhole.) But nope: owing to punitive taxes, Norwegian motorists pay the world’s second highest gasoline prices. And most accept their punishment uncomplainingly, like the repentant sinners they are.

But that was yesterday – a mere prelude to life under the Norwegian left. High gas prices will seem trivial if the Socialist Left Party (SV), which will likely be part of the new government, has its way. Just as Biden was perversely eager to undo America’s new energy independence, SV can’t wait to do a hit job on all those lucrative oil rigs, which account for 14% of Norway’s GDP, 40% of exports, and 7% of jobs. The Rødt (Communist) Party, up from one to eight seats in parliament, shares SV’s destructive dream; Labor, the largest left-wing party, is less prepared to go apocalyptic. Supposedly.

There’s a lot to lose. North Sea oil and gas made Norway one of the world’s richest countries. The sovereign wealth fund is the largest anywhere, worth a quarter of a million U.S. dollars per citizen (not that any citizen ever gets to see any of the money). At worst, switching off the spigots could eventually turn Norway into an icy Venezuela – a prospect from which you’d think voters would recoil. Unfortunately, plenty of them – especially the young – have been persuaded that those offshore platforms are evil incarnate.

Or worse. In Norway, as in the U.S., the climate rhetoric is never less than over the top. During the campaign, leftist candidates vowed that their climate solutions wouldn’t just save Norway – they’d save the world. This promise was, of course, absurd on its face: the combined population of China and India, those insanely reckless polluters, is about 500 times that of piously green Norway; even if Norwegians went back to living in caves, their efforts would amount to nothing alongside the big boys’ systematic depredations.

Besides – and this is a point nobody here ever addresses – why should Norwegians, of all people, lose sleep over climate? Even if you buy into the flimflam, the changes foreseen by even the most hysterical prognoses – a five to ten inch rise in sea levels by the year 2050 and a temperature increase of a couple of degrees, also by 2050 – would be a social and economic boon for a country with an average elevation of 1600 feet and one of the world’s coldest climes.

Meanwhile, the left-wing parties’ ideas for a climax fix – notably carbon capture and wind power – are potentially catastrophic. In the last year, sanctions on Russian natural gas have caused prices of that commodity in Western Europe to skyrocket. In an article posted on Tuesday, Norwegian writer Pål Steigan warned that heating prices this winter will be prohibitive – making it a thoroughly ridiculous time for Norway’s new rulers to shut down oil platforms and build windmills. (And note that Steigan, far from being some right-winger sniping at the lefties, is a communist and former head of the Maoist Workers’ Communist Party.)

Of course, all the climate frenzy, in Norway as elsewhere, is, like most of the COVID lockdown rules, part of a power grab by elites. And if so many people are so quick to parrot Greta & co., it’s because worrying about the weather (or pretending to) is less upsetting than worrying about the real existential challenge – which, in Norway as throughout Western Europe, is immigration. Because of the staggering growth in its largely integration-resistant Muslim population, Norway’s welfare state has been overwhelmed, its police overworked, its courts overburdened, and its schools overrun with thugs.

Those who’ve dared to express concern about this crisis have looked longingly to Denmark – where the official resistance has been considerably more vigorous than in Norway – and have comforted themselves by noticing that things are even worse next door in Sweden, where cities are hotbeds of Islamic violence. But, alas, Norway’s incoming rulers hold up not Denmark but Sweden – wonderful, multicultural Sweden – as a role model. They want to keep bringing in Muslims, raise taxes on the natives even higher, and divert even more of that tax money from the natives’ education, health care, day care, elder care, and other entitlements to subsidize the newcomers. And to think, more than half of the country asked for it.

Then again, who am I, an American in the year 2021, to criticize the results, however alarming, of any other country’s election – especially when those results were almost certainly fair?