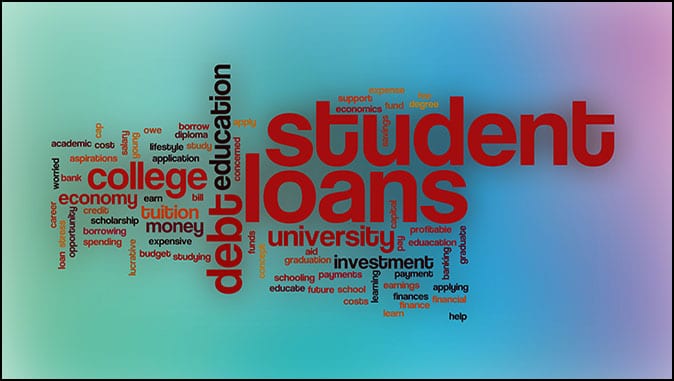 Radical left House Squad members Reps. Alexandria Ocasio-Cortez (D-NY) and Rashida Tlaib (D-MI) have recently complained that they still owe thousands of dollars for their school loans. They want relief for themselves and many others still saddled with higher education student loans, demanding that the federal government order their cancellation.

Since such government-mandated cancellation is unlikely to pass Congress anytime soon, the backers of student loan cancellation, who include Senate Majority Leader Chuck Schumer and Senator Elizabeth Warren, want President Biden to do their dirty work for them through an executive order. So far, Biden has not issued such an order since the current national federal student loan payment pause does not expire until January 31, 2022. If past is prologue, Biden can be expected to eventually buckle to pressure from the left-wing base of his party and try to cancel at least a portion of the outstanding student debt on his own.

“Cancelling” government-backed student loans is a euphemism for a taxpayer-funded payoff of those loans, which could top $1 trillion. This would mean adding even more wasteful unfunded spending to the ballooning national debt.

AOC, who reportedly owns a Telsa, and Tlaib, who is earning rental income from property worth potentially as much as $250,000, are earning $174,000 a year each as members of Congress – more than twice the average U.S. household’s income. Yet, AOC and Tlaib expect hardworking taxpayers, many of whom are making less than half of what the Squad members are making, to bail out student loan debtors like themselves, irrespective of their current income and net worth.

There is no valid reason at all for student loan debtors to receive more favorable treatment for their debts than the many tax-paying Americans earning and owning less, who owe money for other reasons. These Americans may not have gone to college, but have still incurred debt related to their livelihoods.

In fact, discrimination in loan forgiveness benefiting former higher education students is regressive. It is fundamentally unfair to the folks whom leftists claim they want to help.

The authors of an April 2021 study, entitled “The Distributional Effects of Student Loan Forgiveness,” concluded “that universal and capped forgiveness policies are highly regressive, with the vast majority of benefits accruing to high-income individuals.”

An analysis back in 2019 by a nonresident senior fellow at Brookings of Senator Warren’s higher education student loan forgiveness plan reached a similar conclusion as to the regressive nature of such proposals. Warren’s plan at the time would have forgiven up to $50,000 of student debt for borrowers with household incomes capped at $250,000.

The Brookings analysis found that “the top 20 percent of households receive about 27 percent of all annual savings” while the “bottom 20 percent of borrowers by income get only 4 percent of the savings.”

The author also raised the fundamental question of fairness in singling out the class of debtors with college loans for special preferential treatment:

“Debt relief for student loan borrowers, of course, only benefits those who have gone to college, and those who have gone to college generally fare much better in our economy than those who don’t. So any student-loan debt relief proposal needs first to confront a simple question: Why are those who went to college more deserving of aid than those who didn’t? More than 90 percent of children from the highest-income families have attended college by age 22 versus 35 percent from the lowest-income families.”

In the interest of fairness, why, for example, shouldn’t plumbers making less money than AOC, Tlaib, and other six figure earners get at least comparable assistance with their non-student loans from the federal government? The temporary COVID-19 relief Paycheck Protection Program has expired.

Also, in the interest of fairness, why shouldn’t students who worked their way through college to pay their bills and then paid off their outstanding student loans from their own post-graduation income, which may not have exceeded the U.S. average income level, be fully reimbursed?

While sipping their expensive lattes, the elites who are demanding the cancellation of higher education student loans, including the debts owed by six-figure earners, may want to think more about such questions of fairness. But don’t bet on it.

Greg Gutfeld, one of the co-hosts of the Fox News show “The Five,” delivered a blunt retort to the Squad’s self-righteous moralizing about the need for the federal government to cancel student loan debt, including their own. “No one has to pay your damn debt!” Gutfeld shouted indignantly. “That’s on you! It is not a moral obligation on anybody for the decisions that you made!”

How right he is!

Is There An International Scumbag Hunter Biden Didn’t Hit Up?

Is There An International Scumbag Hunter Biden Didn't Hit Up? By Daniel Greenfield There's almost…

The Qataris Are Just Handing Suitcases of Cash to Western Leaders