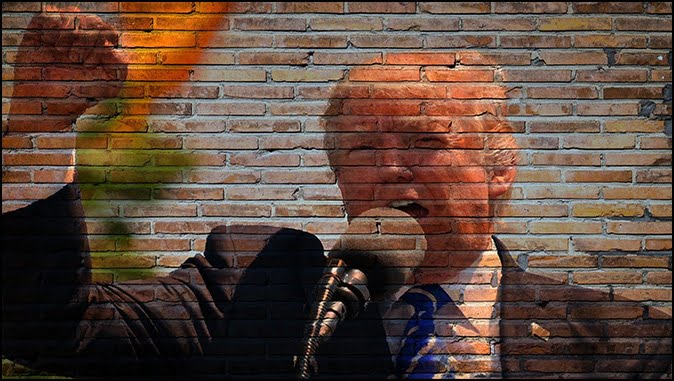 GOP Leaders in D.C. Don’t Represent 74 Million Trump Voters
The more they hate Trump, the more we like him.
By Wayne Allyn Root

They lied about the Black Lives Matter riots. For months, we saw radical communists, Marxists and violent thugs riot, loot, burn, mug and murder while attacking police officers with bricks, pipes and Molotov cocktails. They burned entire downtown business districts to the ground, such as those in Minneapolis and Kenosha, Wisconsin. They burned police stations to the ground. They took over cities such as Portland and Seattle. They destroyed famous shopping districts such as Fifth Avenue in New York City and the Magnificent Mile in Chicago. They killed over 30 people. They caused over $2 billion in damage.

Yet none of them were ever banned, censored, vilified or impeached. Heck, we rewarded Kamala Harris, who encouraged and celebrated that violence, with the vice presidency of the United States.

Then came the Washington, D.C., unrest involving President Trump’s crowd. The liberal media blew that out of proportion into “the darkest day in American history,” even though it was a small case of unrest compared with “the BLM summer of hate, rioting and murder,” even though it may have involved antifa instigators, even though Capitol Police were captured on camera letting protestors into the building, even though it involved a few hundred people out of a crowd of a million or more, even though no one burned down or looted the Capitol. The media made believe it was Pearl Harbor.

Here’s the thing. Trump has had hundreds of rallies for six years now. Millions have attended, maybe 20 million-plus. And there’s never been one window broken, one property damaged, one person shot, one police officer attacked. Yet after one incident in D.C., it’s used as a trigger to ban and censor mention of the fact that the election was clearly stolen; to ban, censor and impeach President Trump; to ban and censor conservatives; and to label all 74 million Trump voters as “domestic terrorists.”

There’s the scam: Cover up hundreds of violent antifa and Black Lives Matter incidents, and blow out of proportion this one incident of violence at a conservative event involving around 170 people out of 74 million who made a bad decision in the heat of the moment. That’s assuming it wasn’t antifa causing the small amount of violence.

The key to this witch hunt was to use RINO (“Republican in name only”), Trump-hating leaders in D.C. as the cover to convince the world that even the GOP has abandoned and turned against Trump.

The results are in. The support for President Trump is so overwhelming even liberal media and pollsters can’t hide the truth.

A poll by the liberal Axios and Ipsos shows that 62% of Republicans support Trump’s belief that the election was stolen, while 69% don’t blame Trump for the Capitol violence.

And guess who loses badly in the Trump-McConnell battle? Sixty-four percent of Republicans approve of Trump’s behavior over that of Senate Majority Leader Mitch McConnell.

Democrats and the media keep trying to bury Trump and demoralize his supporters. I have to admit this plan was pretty remarkable. Their propaganda was intense. They came close. But in the end, they failed again.

Because they underestimated the hatred 74 million Trump voters have toward D.C. politicians — even Republican ones. We don’t trust them. We don’t like them. We don’t care what they say. The more they hate Trump, the more we like him.

This article originally appeared at Creators.com

Equality or Tyranny? By Jonathan C. Brentner On the surface, the Equality Act that the…

Dr. Fauci’s New York State of Mind When deception is what helps Democrats - and…