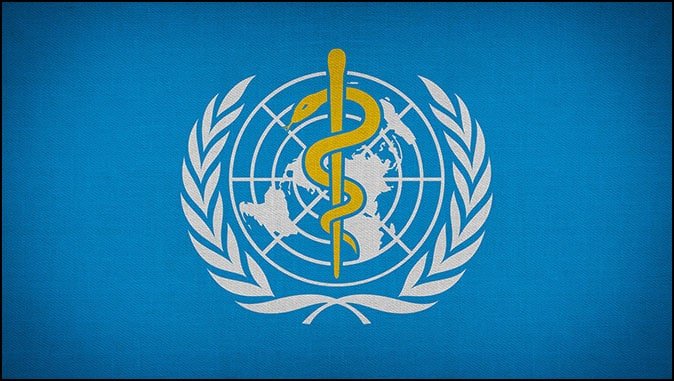 A tearful Tedros Adhanom Ghebreyesus on Thursday pleaded for international cooperation in the fight against the coronavirus. “The COVID-19 pandemic is a test of global solidarity and global leadership,” said the director-general of the World Health Organization (WHO). “The virus thrives on division, but is thwarted when we unite.”

It is no surprise the embattled Tedros has been active in recent days. He has, after all, begun what is a long-term campaign to keep his organization going. The Trump administration gave formal notice to UN Secretary-General Antonio Guterres on Monday that the United States was withdrawing from the WHO. The withdrawal is scheduled to take effect July 6, 2021.

The withdrawal may never happen, however: Tedros is not the only party mobilizing to prevent the WHO’s biggest contributor from leaving. Joe Biden, sitting on a long lead in the polls, tweeted he will reverse the withdrawal “on my first day as President.”

Nonetheless, President Donald J. Trump’s decisive action was justified, furthering the interests of both America and the global community.

Why? The WHO was complicit with China in the spread of the coronavirus around the world and is not capable of meaningful reform.

“Not every adversary is intentionally malicious,” writes Erik Gartzke of the University of California, San Diego on the website of the National Interest, referring to China. “There is little evidence that they planned a pandemic.”

China was malicious, and there is plenty of evidence of planning. Doctors in Wuhan knew COVID-19 was transmissible by humans no later than the second week of December. A Harvard Medical School study suggests they might have known far earlier: the disease was infecting people in that city in August. Others believe authorities knew of the disease in the fall. On June 10, Fox News reported that Dr. Li-Meng Yan, a Hong Kong virologist and immunologist and one of the first researchers outside mainland China to study the virus, charges that Beijing for weeks covered up evidence of the human-to-human transmissibility of COVID-19. Yet only on January 20, Beijing for the first time admitted that COVID-19 could be transmitted from one human to another.

Beijing had been trying to convince the world that human-to-human transmissibility was not possible, and the WHO was assisting in propagating this line with its January 9 statement and its now-infamous January 14 tweet.

The WHO, however, either knew or had to know that China’s position was erroneous. Taiwan on December 31 informed the health body that the coronavirus looked to be human-to-human contagious. WHO professionals also knew that to be the case. Maria Van Kerkhove, a senior WHO doctor and a virus expert, said at a virtual press briefing in April that “right from the start” she thought the novel coronavirus was transmissible by humans. The senior WHO leadership nevertheless disregarded the evidence when it issued its statement and tweet.

Despite its knowledge of transmissibility, the WHO in public statements, including one issued on January 10, supported Beijing’s attempt to prevent the imposition of travel bans and quarantines on arrivals from China. It was, of course, these travelers who brought the disease to more than 200 countries and territories, thereby turning an epidemic in China into a global pandemic.

China and the WHO also conspired to underplay the severity of the disease and delay official warnings of its spread around the world. Together, these two parties were up to no good.

In April, Trump correctly said the World Health Organization had failed its “basic duty and must be held accountable.”

Unfortunately, the WHO clearly cannot be fixed. Even after President Trump’s threat to defund the organization in the spring, nothing of substance has been done to remedy the problems plaguing the global health body.

“Whether WHO can reform effectively is directly tied to the accountability issue,” wrote Dr. Xiaoxu Sean Lin, former lab director of the viral disease branch of the Walter Reed Army Institute of Research, to Gatestone. The structure of the organization defeats accountability, he argues, because its leaders report to many member states and therefore to no one. As a result, unacceptable conduct goes unpunished.

To make matters worse, the WHO is a UN body, and the UN is composed of some of the world’s most malign actors. Accountability in such an organization is extremely unlikely as long as China, for instance, is considered a legitimate participant in issues of global concern, such as public health.

As Lin points out, it is telling that the failure of the WHO to deal with the COVID-19 pandemic followed its failure to handle the Ebola outbreak beginning in 2014, despite “reforms” in the interim.

This unaccountable, unreformable system means the great work of the WHO’s dedicated doctors and other professionals is often nullified by the senior leadership of the body, as is evident from Tedros, for no good reason, ignoring Van Kerkhove.

Tedros, whose role in covering up three outbreaks of cholera in Ethiopia had already made him suspect, was elected director-general thanks to a massive effort by China, and he will almost certainly continue to allow China to dictate his actions. As the world saw, China forced the WHO to sideline Taiwan, which had, by many accounts, the best response to the coronavirus outbreak. Politics in this case took precedence over health.

“Certainly there needs to be a good, hard look at mistakes the World Health Organization might have made in connection with coronavirus, but the time to do that is after the crisis has been dealt with, not in the middle of it.”

On the contrary, now is precisely the time to deal with the WHO. The coronavirus is not going away anytime soon, and countries need assistance from an effective global health system, such as the alternatives Trump has talked about. The sooner the international community is forced to deal with an unfixable World Health Organization, the better. In any event, countries are extremely unlikely to get that help from an organization complicit in spreading the disease to all corners of the planet.

Furthermore, when the coronavirus pandemic has passed, there will be no pressure to make meaningful reforms. There may never be a good time to tackle an issue like this, but delay is certainly not going to help.

America should have forced a review of the WHO years ago, but the religion of multilateralism dies hard. We can be sure that the forces of “one worldism” will be working with Director-General Tedros to keep the U.S. in his organization.

The counterattack will be fierce. “With millions of lives at risk,” House Speaker Nancy Pelosi tweeted, “the President is crippling the international effort to defeat the virus.”

No, President Trump, abandoning a dangerous organization, is giving the world a chance to succeed and save lives.

Obama Administration Set for One Last Strike at Israel

The Curses on Kavanaugh: Do They Matter?

The Curses on Kavanaugh: Do They Matter? By Bryan Fischer By now, most Americans will…

A New Dogma By Dr. John Neihof President of Wesley Biblical Seminary The move from…

The Netherlands: The Geert Wilders Show Trial Continues By Soeren Kern Originally Published by the…