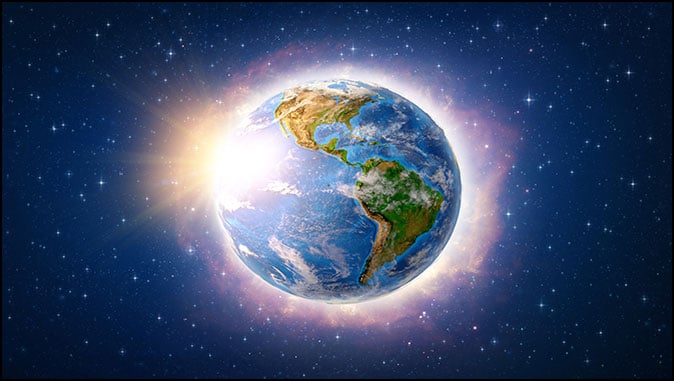 Global Warming Experts Were Too Busy Predicting Warmer Winters for Texas to See the Snow
When you politicise the weather, then you can’t predict it.
By Daniel Greenfield

“This Warm Winter, Austinites Can Look Out Their Windows And See Climate Change,” a headline from Austin’s NPR station read last February.

“Experts say, people should get used to such sights,” the article suggested. It might be a little harder to see those sights from the record-setting snowstorm that just buried Austin.

“A Warmer Austin: The Future is Here,” a high-profile story from the Austin-American Statesman declared last February. A Sierra Club organizer pushing green energy warned that “warmer winters” would have a “disproportionate effect” on “low-income people of color.”

Now, “low-income people of color” are dying of carbon monoxide poisoning because of a green energy grid with windmills that don’t turn, solar panels that don’t work under snow, and battery power which holds its charge in freezing temperatures about as well as your phone does.

Defying expectations and experts, Austin recorded its lowest temperature in 33 years and its deepest snowfall in 55 years. Warmer winters weren’t the future. The future was plowing through 6 inches of snow in a city that was expecting warmer, not colder weather.

The experts are back to crediting the snowstorm to ‘climate change’. Replacing God with Gaia means that every bit of weather is evidence of man’s sinful industrial nature. But up until last year, the Church of Climate Change had been predicting warmer winters and Democrat policymakers in Austin and in Texas cities controlled by the Democrats had counted on it.

The Texas Observer had cited the National Climate Assessment, which it described as “the result of three years of work by more than 300 government officials, academics and researchers”, telling readers to brace for “prolonged droughts” and “warmer winters”.

Reports like the Geos Institute’s “Hot Enough Yet? The Future of Extreme Weather in Austin, Texas” spread alarmism about the climate of tomorrow. Fear of global warming and expectations of a climate that was hotter and drier helped drive the adoption of green energy.

Solar panels and wind turbines seemed like a good idea for a state that was expected to look more like Arizona. And little effort was made to prepare wind turbines for coping with weather conditions that global warming experts had been telling Texans were a thing of the past.

“By the end of the century, there might be as few as four freezing nights a year in Austin,” was typical of the sort of media pablum that policymakers and many residents had come to absorb.

Why bother planning for snowstorms when the future is going to be warm and snowless?

The snowstorm that hit Austin wouldn’t get a second glance in much of the country. But the difference is that Austin leaders and residents had absorbed the idea that they didn’t need to prepare for snow. They had been told, over and over again that the oracle of science had predicted that winters would be warm and that snow was becoming an artifact of the past.

Why get ready for a snowstorm that ‘science’ has told you will no longer be an issue?

Green Energy isn’t really green. The fundamental shift ushered in by so-called renewables is a move away from ‘brown energy’ and power supplies based on resources that can be mined, to ‘green energy’ which depends on the weather: on sunshine, on wind, and on tides. Weather is a much less reliable basis for an energy grid than coal, gas, nuclear, or any resource fuel.

When weather is your energy source, then your power grid depends on the weather. Environmentalists insist that global warming will make the weather more erratic and then propose that the solution is to switch over to power sources that depend on the weather.

That an argument so counterintuitive and self-contradictory could have become the basis for a trillion-dollar industry subsidized by taxpayers is a testament to the madness of the elites.

The Texas storm laid bare the paradoxes of green energy in swaths of white over every road.

The artificial boom of green energy has become another of those bubbles that is too big to fail. The imaginary crisis of global warming requires more subsidies for solar panels and wind turbines. The net effect of injecting more of that ‘green energy’ into a power grid is to make it less reliable and more prone to failure. The experts try to compensate for that with more solar panels and more wind turbines, and more batteries, while extending the grid even wider, so that there are more failure points, less reliable energy, and higher prices for whatever power you get.

This isn’t an accident. It’s a calculated strategy for lowering power usage by raising prices. And meanwhile the experts, the consultants, and the donor class cash in on the green subsidies.

None of this can actually be said out loud.

David Ismay, a California lawyer who had been working as the undersecretary for climate change, was forced to resign after he was caught ranting, “60% of our emissions that need to be reduced come from you, the person on your street, the senior on fixed-income. Right now, there is no bad guy left, at least in Massachusetts, to point the finger at and turn the screws on and now break their will, so they stop emitting. That’s you. We have to break your will.”

Green energy’s higher energy prices break the public’s will to heat and cool their homes, much as higher gas prices break their will to drive to the grocery store, higher car prices make it less likely that the public will buy an SUV instead of a compact car. Don’t think of solar panels, wind turbines, and electric cars as an actual solution, but as a way to break the will of the public.

And enrich the breakers.

After the disaster in Texas, green energy advocates are insisting that the problem wasn’t enough ‘green energy’. What Texas really needed was more solar panels covered by snow and more wind turbines that wouldn’t spin. Not to mention more interdependence with other states.

The defenders of everything from the Soviet Union to police defunding insist that their preferred policy was never implemented in its purest form. The Soviet Union failed to truly eliminate all private property. Crime is only skyrocketing because the police haven’t been fully defunded.

If Texas had switched entirely to solar panels, no amount of snow would have shut it down.

But, as AOC’s chief of staff Saikat Chakrabarti had said of the Green New Deal, “Do you guys think of it as a climate thing?” Because we really think of it as a how-do-you-change-the-entire-economy thing.”

And the economy has been changed by becoming dependent on a green energy bubble.

Millions lost power in Texas, as they had previously lost power in California, because the radicals want to change the economy. It’s about the political climate, not the actual climate.

That’s why environmentalist discourse easily shifts from forecasting a new age of warm winters to endless blizzards. The political prophecies of global warming have little to do with science. And they change as rapidly as the weather does, but they rarely keep up with the weather.

“Is Texas’s Disaster a Harbinger of America’s Future?” an article about Austin declaims.

Yes, but not for any of the reasons inside the article. Environmentalists have trashed America’s industries while promising to replace dirty energy with clean energy. But their energy isn’t clean and their finances are even dirtier. The new emerging green energy grid, funded and championed by Democrats at every level of government, is erratic, expensive, and unreliable.

The weather is apolitical. Rain and snow, sunshine and droughts don’t have a manifesto.

The Left politicised weather. Now our weather forecasting models have been rebuilt to follow their political predictions. And they’re becoming as worthless as Soviet agricultural forecasts.

The lesson of Texas is that when you politicise the weather, you won’t see the snow coming.