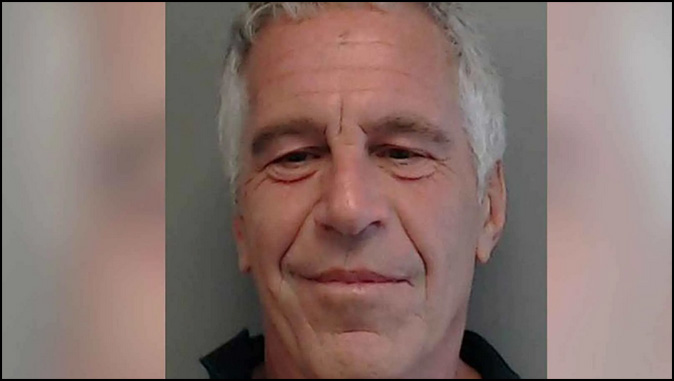 After Epstein’s death, I wrote that there would never be any answers.

“The truth died on the top of a prison skyscraper whose administration and guards flagrantly violated their own rules, removing Epstein from suicide watch six days after a supposed suicide attempt, leaving him alone in his cell, and failing to check on him until it was too late. Blame will be passed around. Conspiracy theorists will cash in on it for years. And the questions will remain unanswered.”

This is all a tedious joke. As is the prolonged battle over Epstein’s estate and the Maxwell case that will also go nowhere. The Epstein case is a black hole and nothing’s ever coming out of it again.

The last chance of that happening ended when Jeffrey Epstein was found dead.

Ghislaine Maxwell gets a 20-year sentence. Absolutely nothing gets resolved. Did anyone really think it would?

Now Epstein’s accomplice gets two decades of keeping her eyes open all night. It’s a small measure of justice.

Prosecutors had asked the judge to sentence Maxwell to 30 to 55 years in prison, while the probation department recommended 20 years. Maxwell’s attorneys requested a more lenient sentence of between 4.25 and 5.25 years in prison.

Maxwell is 60. There’s not that much difference between 20 and 30 years. And it doesn’t particularly matter.

The most basic questions, including the full client list, remain unanswered. There’s plenty of fertile ground for speculators, conspiracy theorists and accusers, but little in the way of substantial answers.

Whatever Epstein knew was buried with him. That includes the question of why three states bent over backward to accommodate him. And basic questions about the sources of his money and the involvement of intelligence assets.

Whatever Maxwell knows will likely stay with her. The truly explosive part of what Epstein knew likely wasn’t just his client list, but his connections. It’s likely that Maxwell didn’t know those things.

And if she did, well she knows how Epstein did.

And there’s the question of how her own father died.

It’s 30 years since Robert Maxwell’s naked body was found in the sea off the Canary Islands, his death a mystery which endures to this day.

The media mogul, whose company owned the Daily Mirror, had been reported missing by the crew of his luxury yacht hours before the discovery.

At that moment Betty told me: “Whatever has happened, I can assure you he did not kill himself. He would never do that.”

As this was being arranged – with difficulty as Maxwell was very overweight – the rescue pilot told Betty and me: “I have plucked many bodies from the sea and I just want to tell you he did not drown. There was no water in his lungs.”

I then escorted Betty and Philip to view the body of my boss.

His skin hadn’t discoloured or wrinkled but what intrigued me was that he was lying with his arms up either side of his head and his hands were clenched.

A modeling agent and close associate of the late financier and convicted sex offender Jeffrey Epstein was found dead in his prison cell in Paris, French prosecutors said Saturday.

Police said Jean-Luc Brunel was found hanged in his cell Friday night at La Santé Prison in the heart of Paris. He had been in police custody for over a year as French prosecutors investigated him on suspicion of raping minors over the age of 15 and sexual harassment. He was also considered a witness in an investigation into child sex trafficking.

The prosecutor’s office said Saturday that an investigation was under way to determine the cause of Mr. Brunel’s death.

It is not clear whether Brunel was sharing a cell with other inmates or if there was CCTV footage inside.

An investigation has been launched into the cause of his death.

“A night patrol found his lifeless body at about 1am,” said an investigating source.

“A judicial enquiry has been launched, and early evidence points to suicide.”

Jeffrey Epstein was found hanged at 1 AM.