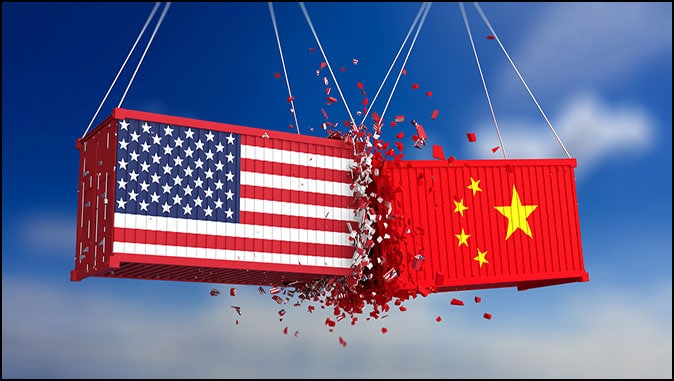 Getting Out of China
For millions of Chinese, the Party’s over.
By Michael Ledeen

The Federal Government has ordered U.S. Customs and Border Protection to seize all shipments of stevia, a plant extract used to sweeten beverages and other foods:

After an investigation, CBP said it had determined that Inner Mongolia Hengzheng Group Baoanzhao Agriculture, Industry and Trade Co. (Baoanzhao) used convict, forced, or indentured labor to produce stevia extracts and derivatives, the agency said in a statement on Oct. 20. It added that those products are being, or are likely to be, imported to the United States.

I love stevia, and this may hurt, especially early in the morning. But Customs seems quite certain that its evidence is good, and they will not permit stevia produced by forced labor to be imported.

It is all part of the intensifying struggle between the United States and the People’s Republic of China.

The move against Chinese stevia is part of a broad American campaign against Chinese exports in violation of U.S. regulations, much of which goes to American universities… According to a front page story in Wednesday’s Epoch Times, there is $6.5 billion in unreported funding to U.S. universities from foreign sources. The largest amount reported was $1.61 billion to Carnegie Mellon University, and Harvard tops the list of recipients of Chinese funds at $116 million.

“The vast majority of the foreign funds went to America’s largest and most prestigious universities,” the newspaper reported. The money was transmitted through “a bevy of intermediaries,” according to a report from the Department of Education. In the first six months of 2020, American universities reported $2 billion of foreign donations. One unidentified school failed to report $760 in foreign gifts; another unidentified school failed to report $1.2 billion in gifts and contracts.

The DOE report arrives at a time when the [Trump Administration] is taking an aggressive stance against the influence of the CCP in the United States. The [DOJ] is conducting thousands of investigations across every state.

Evidence of Chinese spying in the U.S. university system is abundant, and goes hand-in-hand with defections from the Party, to which many millions of young Chinese have lent their names. In all likelihood, the U.S. Government is getting help from large numbers of Chinese who are leaving the Communist Party of China.

From July to September, the number of people who renounced their ties with the Chinese Communist Party (CCP) and its affiliate organizations was over 4 million. Since 2004, a total of more than 365 million have done so, according to the Tuidang Center’s records.

“Tuidang” means “leaving the Party,” and there are more than 100 offices around the world. Motives for joining, and for obtaining certificates attesting to their departure from the Party, vary widely. Some view the certificates as a method of obtaining permission to migrate to the United States, others as a way of cleansing their records of unwanted Communist Party membership in youth organizations. Membership is mandatory for students in the Young Pioneers and the Youth League, which signs up young people through high school.

Some fear that their Party membership may pose a potential hurdle on their path to immigration, as U.S. laws prohibit members of communist parties from obtaining an immigrant visa. The Tuidang Center’s certificates are recognized by U.S. immigration officers, Yi said.

The recent uptick has corresponded with the U.S. Citizenship and Immigration Services issuing an alert reiterating its policy of barring Communist Party members.

Many of those obtaining the certificates are studying in the United States, and they hope that the documentation will permit them to remain here. Others, in Iran, fear that if they do not change their biographies, they will not be allowed to apply for exit visas or American entries. Hence there is a mad scramble to rewrite one’s life story.

In late May, as Beijing’s rubber-stamp legislature convened its annual plenary sessions, a delegate called and asked to withdraw from the Party, saying that he has “seen enough of the regime’s evil deeds.” Choking back tears, he shared about the time he led a team of medics to assist Wuhan during the COVID-19 outbreak’s early stages, and the deaths he saw there. He said he met with whistleblower doctor Li Wenliang there, who was punished for sharing the news about the virus. Li told Yang he “regretted being a Party member.”

It’s wild. The Chinese regime is not ready for an all-out struggle with Donald Trump’s America. If he is reelected, the regime will have some difficult choices to make.