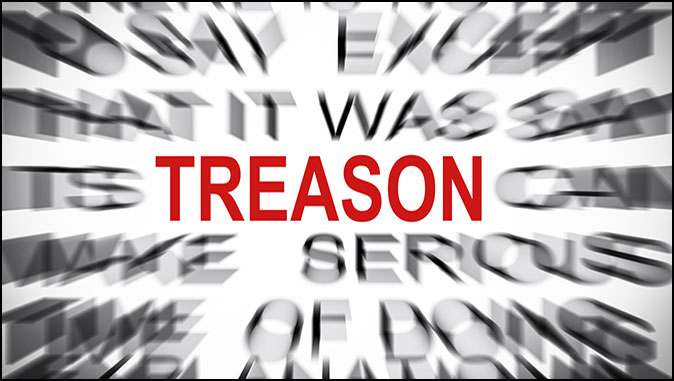 There have been a lot of anti-Trump books put out there. And this comes from Peril, co-authored by Bob Woodward, who is reasonably credible by the low standards of this marketplace. Anti-Trump books have made claims about General Milley, the Chairman of the Joint Chiefs, undermining President Trump before, but this particular claim is a hell of a game-changer.

In a pair of secret phone calls, Gen. Mark A. Milley, the chairman of the Joint Chiefs of Staff, assured his Chinese counterpart, Gen. Li Zuocheng of the People’s Liberation Army, that the United States would not strike, according to a new book by Washington Post associate editor Bob Woodward and national political reporter Robert Costa.

One call took place on Oct. 30, 2020, four days before the election that unseated President Trump, and the other on Jan. 8, 2021, two days after the Capitol siege carried out by his supporters in a quest to cancel the vote.

It’s not the role of generals to engage in backdoor diplomacy like this, but that’s been happening more often. The Pentagon similarly tried to negotiate a resolution in Libya over the heads of Obama and Hillary Clinton.

That’s problematic enough when it comes to the chain of command. But this becomes a lot more than just problematic. It turns treasonous.

In the book’s account, Milley went so far as to pledge he would alert his counterpart in the event of a U.S. attack, stressing the rapport they’d established through a backchannel. “General Li, you and I have known each other for now five years. If we’re going to attack, I’m going to call you ahead of time. It’s not going to be a surprise.”

Li took the chairman at his word, the authors write in the book, “Peril,” which is set to be released next week.

In the second call, placed to address Chinese fears about the events of Jan. 6, Li wasn’t as easily assuaged, even after Milley promised him, “We are 100 percent steady. Everything’s fine. But democracy can be sloppy sometimes.”

Li remained rattled, and Milley, who did not relay the conversation to Trump, according to the book, understood why. The chairman, 62 at the time and chosen by Trump in 2018, believed the president had suffered a mental decline after the election, the authors write, a view he communicated to House Speaker Nancy Pelosi (D-Calif.) in a phone call on Jan. 8. He agreed with her evaluation that Trump was unstable, according to a call transcript obtained by the authors.

Here’s where everything goes off the rails.

Milley was conducting backchannel talks with his Chinese opposite number which POTUS was not aware of. And which were being deliberately kept from him because the Chairman of the Joint Chiefs had decided to privately 25th Amendment him.

The individual components here are bad enough on their own, but they add up to an effective late-term coup and treason.

Milley also summoned senior officers to review the procedures for launching nuclear weapons, saying the president alone could give the order — but, crucially, that he, Milley, also had to be involved. Looking each in the eye, Milley asked the officers to affirm that they had understood, the authors write, in what he considered an “oath.”

This is covert coup stuff. And with the Chinese element turns toward treasonous territory.

Milley had cut POTUS out of the loop, conducted private negotiations with the enemy, and assured them that he would alert them in the case of an attack. The interpretation from the book and the Washington Post is that he would have done so if Trump had ordered a covert attack. That’s not entirely clear from the actual material, but it’s an entirely plausible take which would turn this into an undiluted act of treason.