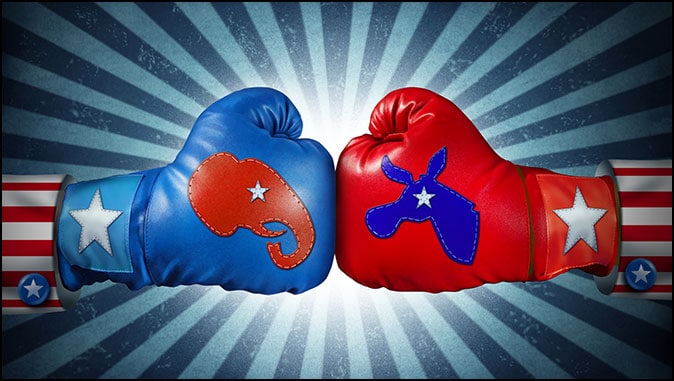 We are talking about small numbers here and it could be dismissed as a polling error, but it’s an interesting one.

For the first time since February, more Gallup poll respondents said that they were Republicans than Democrats.

Considering what happened after February, that’s not too surprising.

Earlier this year, party identification appeared to be trending Republican. And then Democrats broke the country and blamed President Trump.

So what’s going on now?

The overall trend is turning back the clock to before the pandemic with growing numbers of independents and falling Republican numbers. Republicans outnumber Democrats by only 1% and that’s because Democrat party identification has dropped.

The basic story is that Democrats have not actually sold the country on the Biden-Harris ticket. The real problem with the ticket is a lack of excitement and enthusiasm. That’s what did Hillary in, and it could be a matter of history repeating itself.

You can only run so far on the negative. Bashing Trump doesn’t build a meaningful brand as any number of Never Trumpers have found out. And without Trump, the Biden-Harris ticket is so weak you can see through it.

The Democrats are failing the voter enthusiasm test. Badly.