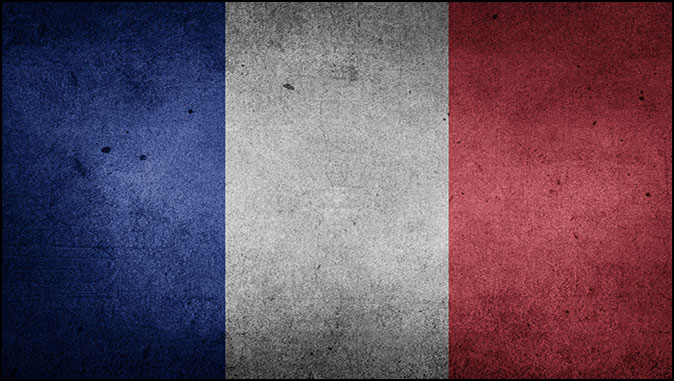 On October 2, as I reported here recently, French president Emmanuel Macron gave a major speech – well, a long one, anyway – in which he vowed, after years of passivity and appeasement, to get tough on Islam. This was no small promise. France is arguably Ground Zero for European Islam, whose adherents – now constituting roughly 10% of that country’s population – represent an existential threat to French secular governance, to French culture and the French language, to French law and order, to the survival of France’s welfare state and its national economy as a whole, and to the core Gallic values of liberté, égalité, fraternité.

Exactly two weeks after Macron’s speech, an atrocity took place that seemed to challenge Macron to act upon his lofty words. Abdoullakh Abouyezidovitch Anzorov, 18, a Moscow-born Chechen who had lived in France since 2008, beheaded Samuel Paty, 47, a teacher of history and geography at a secondary school, the Collège du Bois d’Aulne, that is located in a Paris suburb. Anzorov then posted a picture of Paty’s severed head on Twitter.

Anzorov’s motive? During a class on freedom of expression, Paty had shown his students some of the famous cartoons of Muhammed that had been published to international outcry in 2005 in the Danish newspaper Jyllands-Posten and later reprinted in Charlie Hebdo. According to the parent of one of Paty’s pupils, Paty had permitted Muslim youngsters to leave the classroom before he displayed the cartoons, saying, “Go out, I don’t want it to hurt your feelings.” That invitation proved to be insufficient, alas, to avoid offending Anzorov’s feelings.

Shortly after the murder, Anzorov was shot dead by police; at least 15 other people have since been arrested in connection with the crime. One of them, a parent of one of Paty’s pupils, had started an online campaign to demonize Paty and exchanged text messages with Anzorov before the murder; four of those detained were pupils at the school, including two pupils of Paty, aged 14 and 15, who were apparently paid by Anzorov to identify Paty outside the school; four were members of Anzarov’s family; and yet another was a noted Islamic preacher, Abdelhakim Sefrioui, who had made anti-Paty videos. Also in the wake of the murder, about 40 raids have been made on the residences of suspected radicals.

Who was Anzarov? Described by fellow pupils as a “quiet teenager” with an interest in martial arts, he had a police record for “damage to public property and aggression during a meeting,” but was unknown to French security officials – although it has been discovered in the last few days that he had recently been in contact with Syrian jihadists. His murder of Paty, note well, was far from a rare event: according to one report, it was “the 33rd terrorist attack in France since the Charlie Hebdo assault of 2015,” with Paty being “the 260th victim in those five years.”

Nonetheless, because France is a country where teaching and teachers are accorded an unusual degree of reverence (“the school,” editorialized Le Monde, is the “cornerstone of our Republic”), Paty’s murder led to massive “Je suis Charlie Hebdo”-style demonstrations across the nation. According to CNN, some participants in the demos carried signs reading “No to Islamization” and “Nazislamization is cutting our throats.” But there were also protesters like the Paris teacher who told CNN that she had joined the demo because she believes “We all should live together and learn to live together, and everybody has to respect everybody’s faith.”

How did Macron respond to Paty’s murder? He praised Paty, calling him “the face of the Republic” and posthumously awarding him the Légion d’Honneur. So far, so good. But he also assured the French people that terrorists “will not divide us. That’s what they seek and we must stand together.” As Robert Spencer noted, this line “is designed to reassure Muslims in France.” It’s a sneaky and by now time-honored formulation, premised on the mendacious notion that Muslims and non-Muslims in France live in harmony and that Islamic terrorism is chiefly motivated by a desire to damage this harmony.

On the contrary, Islamic terrorism is motivated by a desire to bring down secular Western democracy and replace it with sharia law. That the terrorists share this objective with a great many of their fellow European Muslims is an uncomfortable fact that few French politicians have been willing to acknowledge. Macron’s readiness to fall back upon this phony cliché in response to the Paty murder suggests that he may not be as serious as he claims about keeping the commitment he made on October 2.

Then again, he wasn’t alone. Le Monde accused Anzorov of attacking the noble goal of building a society “where Islam will be respected like other religions and will coexist in peace with the Republic.” The thrust of its argument was not that Islam is a threat to French values but that “conflict linked to school life” cannot “be dealt with only within the walls of establishments” not that “they are constantly being distorted and amplified by digital means.” It’s like responding to 9/11 with an editorial about cockpit security.

To be sure, two days after Paty’s murder, Interior Minister Gérald Darmanin asked the prefects of France to expel 231 aspiring terrorists from France within the next few hours. He temporarily closed the Grand Mosque of Pantin in the Paris suburb of Seine-Saint-Denis, which had been involved in the demonization of Paty. It was also reported that Darmanin had requested a more rigorous approach to asylum claims by citizens of certain countries. But why did it take a decapitation to get Darmanin to move against those jihadists, against that malevolent mosque, and against suicidal asylum policies? Yes, better late than never. But if French leaders want to take seriously the job of saving their country from Islam, they will have to go a lot further than this.

October 21 was an official day of mourning for Paty, one of whose pupils remembered him as a man “who made you want to learn.” Cartoons of Muhammad were projected onto the city halls of Montpellier and Toulouse; Macron hosted a memorial event in Paris. On the eve of the day of mourning, Macron – perhaps having gauged the scale of the nationwide outrage over Paty’s murder – more or less admitted that his actions in response to Paty’s murder had so far been insufficient, assuring his people that additional actions would be forthcoming: “we know what we need to do.”

For example, he said that the Cabinet would dissolve a well-known pro-Hamas “collective” called Cheikh Yassine, which had been “directly involved” in the Paty murder. Of course, the same question arises: if Cheikh Yassine was so notoriously abhorrent, why wasn’t it shuttered a long time ago? For that matter, how long can we expect that mosque in Seine-Saint-Denis to remain closed?

Yes, the Paty assassination aroused the conscience of France. But so did the Bataclan and Charlie Hebdo massacres. The French are good at taking to the streets and venting their emotions, and their leaders are good at making stirring speeches and grand assurances. But they’re all famously fickle, while Islamic forces throughout Europe are playing a long game, and winning big – steadily, relentlessly. What guarantee is there, then, that Macron will keep his eye on the ball after the furor over Paty’s murder dies down – let alone that he will take action that is sweeping enough to make a real difference in this long-term civilizational war?