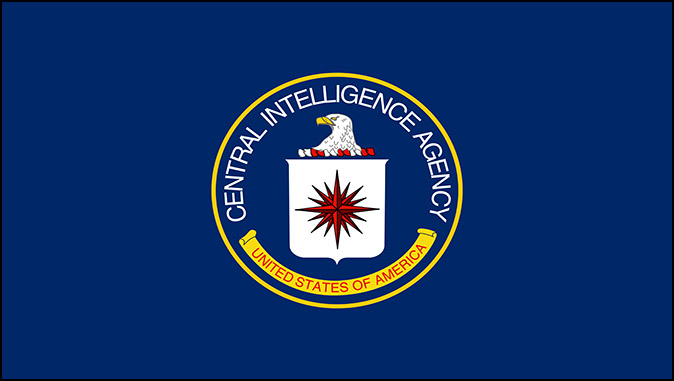 Former CIA Analyst on CNN: ‘This Freedom of Speech is Just Nonsense’
Revealing yet again what leftist elites really think of our Constitutional freedoms.
By Robert Spencer

Former CIA analyst and current CNN intelligence and security analyst Robert Baer appeared on CNN on Friday in order to explain to us all how very terrible it is that Elon Musk is beginning to restore the freedom of speech on Twitter. As it turns out, rolling back Twitter’s usefulness as a tool for the Leftist establishment’s propaganda and allowing dissident voices once again to be heard is just playing into the hands of the Left’s all-purpose bogeyman, Vladimir Putin. That’s right: if the Left loses its hegemony over the American public discourse, Ukrainians will die. That’s what passes for analysis today on CNN, and apparently in the CIA as well.

Maintaining a straight face, Baer declared: “Putin is going to be all over Twitter if there’s no regulations on this, fake accounts, spoofed accounts, the rest of it. This is a great opportunity for him. And so when he’s talking about the popular voice, Musk, he’s really talking about Russian intelligence. Um, you know, the Russians are waiting for something like this. They need a propaganda campaign against the United States and against our support for Ukraine, and they’re gonna be all over Twitter. I guarantee this. Supporting the far right, plans, demands to stop arming Ukraine. Just wait.”

Asked about how to discern truth from “disinformation,” Baer answered: “Well, that’s why the pre-Musk Twitter had 7,000 people going through these accounts. You can pick ‘em out with algorithms, you can pick ‘em out by looking at ‘em, uh, you can check IP’s and the rest of it. And you simply block ‘em. And it’s, it’s, it’s not right. And you know, this freedom of speech is just nonsense ‘cause you can’t go into a movie theater and yell ‘fire.’ It’s against the law. And what Putin’s gonna to do and the Russians, is they’re going to use this as a vehicle to, to save himself in Ukraine. And, y’know, whether it’s gonna work or not, I don’t know, but we’re gonna see, as soon as these restrictions come off, we’re gonna see the Russians all over, as I just said.”

Baer is in effect saying that 7,000 gatekeepers guarding against alleged “disinformation,” all of whom share the same point of view on virtually every important political and cultural issue, are superior to 330 million gatekeepers who ought to be respected enough to be allowed to distinguish truth from falsehood themselves. He is also ignoring the fact that there are numerous other issues involved in Musk’s moves to open up Twitter, if he fully follows through with them, than just Russia and Ukraine.

Primarily, Robert Baer ought to know and care that the current U.S. administration has taken the unprecedented step of branding the largest segment of his political opposition a threat to the nation itself. On September 1, 2022, flanked by two Marines and speaking in front of an ominous and historically evocative red-and-black backdrop, Biden declared that “Donald Trump and the MAGA Republicans represent an extremism that threatens the very foundations of our republic.” Baer ought to be deeply concerned about the implications of that for the continued existence of the United States as a free society, and happy that Elon Musk has announced that he is going to make room on Twitter for voices that dissent from the Biden administration’s agenda. This will strike a massive blow against Biden’s handlers’ authoritarian project.

Remember also that this is the administration that tried to establish a Disinformation Governance Board, ominously located within the Department of Homeland Security. After a public outcry against this naked attempt to silence and criminalize legitimate political dissent, the Biden regime backed down, but that doesn’t mean that it suddenly embraced the freedom of speech and recognizes its essential role in maintaining any society as a free society.

Robert Baer, formerly of the CIA and now of CNN, reflects the worst kind of establishment hack, sounding all manner of dark and hysterical warnings against the prospect of Americans exercising a right that is guaranteed to them in the Bill of Rights, precisely because the Founding Fathers wanted to guard citizens of the new nation against regimes such as the one that dominates Washington. He came out Friday to try to intimidate and bamboozle Americans into thinking that by exercising their basic rights, they would be aiding a sinister foe. That kind of propaganda is designed precisely in order to induce Americans to give up their rights willingly. Robert Baer is a willing tool of that evil agenda.