Forced underage marriages on the rise in Switzerland
By Christine Williams

In Switzerland, the number of forced underage marriages has jumped since 2015 to five times the number reported in the last decade. 119 cases have now been reported. That’s a little over one every three days, and nearly 22% involved girls under 16. The minimum age of marriage is 18 in Switzerland. Most of the girls involved in underage marriages are from Iraq, Syria, Eritrea, Afghanistan and Somalia. 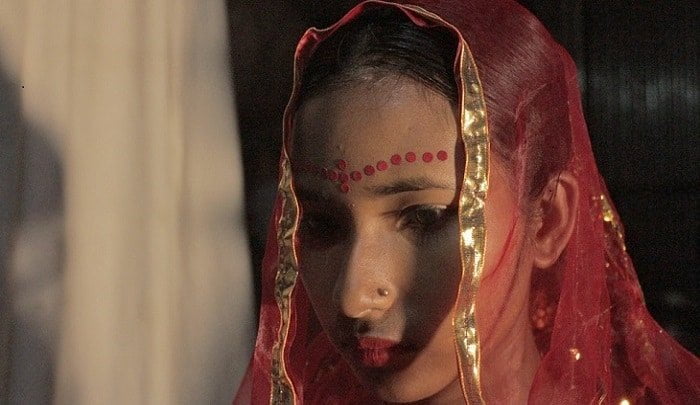 Yet in the UK, another troubling pattern was reported last year: a rise in “Sharia marriages,” of which two-thirds were polygamous.

There are reportedly 100,000 such marriages that are unrecognized under UK laws, and the women in them have no rights. But we don’t hear leftist feminists crying foul about that; nor are human rights groups intervening to put a stop to this outrageously abusive practice.

Sharia marriages are very easy to pull off. A lawyer specializing in Sharia law noted: “people can have a secret Nikah (Islamic ‘marriage’ ceremony) and no one will know about it.”

The West continues to contend with Muslim migrant crime, as well as creeping Sharia. Just yesterday, Jihad Watch reported about the British Parliament facing an alcohol ban because of its impending move to a building that is under Sharia finance laws; a committee voted to move the Parliament there while the Palace of Westminster was being refurbished. Now Sharia marriages and forced child marriages are taking place with increasing frequency on our soil, as we continue passively to accept Sharia violations to our own constitutions and freedoms.

Switzerland will soon have legislation specifically banning forced marriages, a social issue involving violence and isolation which raises tough questions about the integration of minorities from abroad.

Marriage “is not, has never been and cannot be a private matter”, wrote the anthropologist Claude Lévi-Strauss. For centuries, endogamy – the practice of marrying within a specific ethnic group, class or social group – was the dominant practice in almost all communities.

In Europe until a few decades ago, young people could be forced to marry for economic, cultural or political reasons. Today in Western countries, such compulsory unions are forbidden by law, but this does not mean the phenomenon has disappeared.

In 2005, the Council of Europe approved a resolution against forced marriages, and since then a number of states – Britain being the first – have adopted specific measures to combat the practice.

Under pressure from parliament and humanitarian organisations, the Swiss government published draft legislation on the issue early last year. Now being studied by the two houses of parliament, the bill would make marriages contracted under compulsion a criminal matter.

Victims would therefore no longer have to take legal action themselves and anyone responsible for such a criminal act could be imprisoned for up to five years. Forced marriages are currently lumped together with acts of coercion, which are subject to a penalty of three years.

No precise statistics on the phenomenon of forced marriages exist in Switzerland, and most scientific studies are at an early stage. In 2006, the “Surgir” foundation estimated that there were 17,000 cases, but the methodology used was questioned by other sources. So researchers are reluctant to name a figure.

At the zwangsheirat.ch advice centre, up to four calls come in a week about alleged cases of forced marriage, nine during the summer holidays. It can be young people of any age from 13 to 25, first- or second-generation immigrants.

But these figures are just the tip of the iceberg, according to Anu Sivaganesan, active in the organisation since 2005.

“The ones who come to us are the ones who have decided to rebel against decisions of their own families. But how many more are there in the shadows?” wonders the 24-year-old student at Zurich University’s law faculty.

For victims of forced marriage, the yearning for freedom often clashes with a sense of loyalty and family belonging, fear of physical or financial reprisals, or the real risk – for non-citizens – of being sent back to their country of origin, when their residence permit is attached to that of their spouse….

What America Desperately Needs (Part 1 of 3)

What America Desperately Needs (Part 1 of 3) By Dr. David Reagan What our nation…