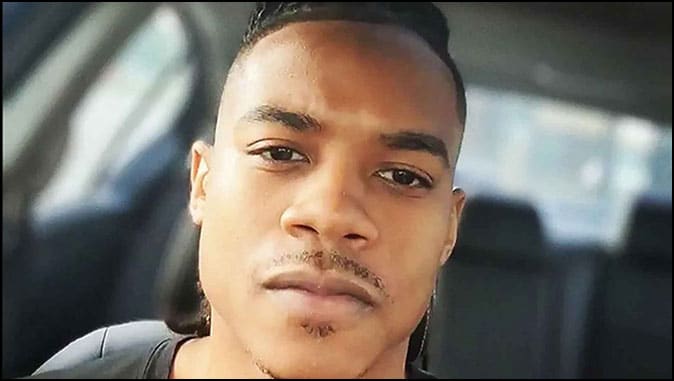 ‘Follower of Farrakhan’ Crashes Capitol Barricade, Charges Cops with Knife
Mix jihad with racist grievance-mongering, this is what is going to result.
By Robert Spencer

On Friday, a man named Noah Green crashed his car into a barricade at the U.S. Capitol building, hitting Capitol Police officers, one of whom was killed. Then Green got out of his car and charged at police officers with a knife. The establishment media was already gearing up to label the attacker a Trump supporter and treat us to a new round of “insurrection” propaganda when it came to light that Green was not a conservative or Trump supporter at all, but a black man and a member of the Nation of Islam. Rather than being an example of “white supremacist terrorism,” Green’s actions were a disquieting illustration of how the combination of race-grievance politics with Islam’s jihad doctrine can be lethal.

The Nation of Islam is, of course, Louis Farrakhan’s group, and on his Facebook page, which was hastily deleted, Noah Green proclaimed himself a “Follower of Farrakhan.” According to Indianapolis’ Fox59, Green “filed a name change petition in Marion County Court back in December. Records show he wanted to change his name from Noah Ricardo Green to Noah Zaeem Muhammad. The hearing from that petition was scheduled for this Tuesday, but we’ve confirmed that Green did not show up for that hearing. Because he missed the hearing and didn’t file for an extension, the court dismissed the matter and closed the case.”

There is no indication, however, that he missed his court hearing because he had grown disenchanted with the Nation of Islam. In a March 17 Facebook post, he praised Farrakhan as “Jesus, the Messiah, the final divine reminder in our midst,” and the Nation of Islam’s central figure, Elijah Muhammad, as “brought forth by Allah, in the person of Master Fard Muhammad.” Green added a cryptic reference to “long hours, lots of studying, and exercise” that he had set aside because “Allah (God) has chosen me for other things.”

Green’s statements about Farrakhan, Elijah Muhammad, and Fard Muhammad are bizarre and heterodox from the standpoint of orthodox Sunni or Shi’ite Islam, but they reflect the standard beliefs of the Nation of Islam, a strange and syncretistic new religion based in part on Islam and in part on bizarre and paranoid racial hate fantasies. The Nation was founded in the early 1930s by Wallace D. Fard, an umbrella salesman who has been variously described as an Arab and a Pakistani, who began preaching in Detroit that Islam, or his own adulterated version of it (which included the claim that Noah Green repeats, that Fard was the incarnation of Allah), was the original religion of the black man.

Fard attracted a zealous follower in Elijah Poole, who, renamed Elijah Muhammad, took Fard’s message of race hate (most memorably summed up in the assertion that “the white man is a devil”) to black communities nationwide, ultimately converting such luminaries as Malcolm Little, who became Malcolm X, and the boxer Cassius Clay, who became Muhammad Ali.

The Nation is not any recognizable form of Islam that has ever existed in Islamic history, but it does share some of the core elements of Islam, including virulent antisemitism, which may indicate that Nation members hold to other tenets of Islam as well, and are sympathetic to the global jihad. Farrakhan has called in the past for 10,000 volunteers to stalk and kill white people.

So was Noah Green’s individual storming of the Capitol barricades a jihad attack? Maybe, but it seems more likely that he was driven by the racial resentment that the Nation of Islam relentlessly stokes and lives on, combined with Islamic tenets about using violence as an instrument to do the work of Allah.

Authorities may never tell us the full story of why Noah Green did what he did, if they ever find out themselves, but it is also true that vehicular jihad is a common jihadi tactic, and often involves the attacker charging out of the car with a knife. Whatever else he may have had in mind, Noah Green has become an illustration of how dangerous it is to nurture hatred and resentment while teaching that vigilante violence is a way to bring about justice. In light of the left’s increasing hatred, fascism, and hysteria, it is virtually certain that there will be many more Noah Greens in the near future.