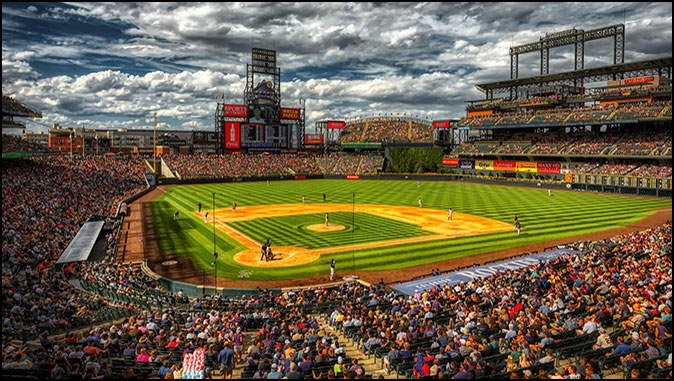 The 2021 baseball season isn’t even a week old, and it’s already over for some fans. Why? Because, as Andrew McCarthy so efficiently put it: the Left ruins everything. Sports, entertainment, toys, snack cakes, you name it. Their wokeness is a cancer, and it’s taking every enjoyable, unifying, non-political piece of American life and destroying it. In Georgia, their crusade against the state’s election law is built on a house of lies. And for once, GOP leaders aren’t letting them get away with it.

If Major League Baseball wants to alienate half of the country and pull the All-Star Game from Atlanta over a law that makes our elections safer, let them, Governor Brian Kemp (R) argued. It will only show the rest of the country who they are: cowards who cave to “fear, political opportunism, and liberal lies.” In this moment, he told Americans, we need to make a decision about what we’re going to tolerate as a people. If we don’t, “facts and truth won’t matter.” The far-Left will come for “every aspect of your life,” and there won’t be a single patch of everyday America when they’re done. As for me and my administration, he warned, “I will not back down. Georgians will not be bullied. We will continue to stand up for secure, accessible, fair elections.”

Over the weekend, the uproar over Commissioner Robert Manfred’s decision to relocate the game reached a fever pitch. Conservatives, who were already well past their boiling point on cancel culture, were ferocious in their calls to boycott companies like Coca-Cola, Delta, Home Depot, Patagonia, and so many others who — like Joe Biden — had to resort to outright fiction to justify their phony outrage. “Shame on him,” Georgia State Rep. Todd Jones (R) said on “Washington Watch.” “Shame on his staff. I expect the office of the presidency to be informed. And I expect him to be a leader of our country no matter what party they’re from.” The idea that this bill is racist or curtails voting is “pure fallacy,” he argued. “And it’s built on the fact that folks just want a false narrative to provide… I’ll offer to every Atlanta Braves player or any professional athlete a sit down with me and Chairman Fleming, who was the primary author of this bill, and we’ll walk them through the bill. And I’m convinced that they would after that talk realize… this is a bill that made Georgia better.”

The idea that showing ID at the polls is somehow a resurrection of segregation is absurd. And frankly, African Americans — and every minority — ought to be offended at the suggestion that the Left thinks they’re too uninformed or oblivious to follow Georgia’s election protocol. If anything’s racist, it’s presuming that an entire people group are too ignorant to vote lawfully. “Those of us whose families lived under Jim Crow segregation decades ago, and also who in modern times have the everyday experience of pulling out photo identification for all sorts of common activities like checking into a hotel or getting medicine, find that comparison appalling,” FRC’s Ken Blackwell wrote in Breitbart. Not to mention, he pointed out, black Americans support things like voter ID by a 38-point margin. “Jim Crow doesn’t get those kind of poll numbers in the black community,” he jabbed.

If these CEOs had actually read the bill that they’re willing to torch their profits over, they’d have noticed that one of the things Georgia does is make every ID free. “We even,” Jones pointed out, “appropriated money to ensure that people would get transportation if they needed it to [take advantage of] that idea.” Funny how that’s “lost in the conversation,” he fumed. “I would expect the CEO of a Fortune 500 company to be informed,” he went on, before making a serious allegation that Georgia is disenfranchising their own black employees. “That’s just not the case. When you look at the law and what we tried to do, we absolutely looked to empower not just African-Americans, but all Georgia citizens to ensure they can get to the polls, get to the polls easily, but also know that their ballot would be secure.”

The Left’s problem — apart from all of the obvious ones — is that it’s using an old playbook. Their strategy of picking a state to make a national example out of, isn’t going to work here. The American people, and even the majority of business leaders, are disgusted by the wokeism, the corporate hypocrisy, and corruption of Big Business and their cronies in the Democratic Party. And they’re ready to exact a price. Already, Republicans are moving quickly to make this decision hurt. In the Georgia House, legislators made it clear that if Delta doesn’t have a problem asking for photo ID to board a plane, then they shouldn’t mind it at the polls. Until then, leaders have fired back with a partial vote to strip the airline of its generous tax break. In Congress, conservatives in the House and Senate are getting their ducks in a row to pull the MLB’s anti-trust exemption, a threat that should certainly get Manfred’s attention.

In the battle over national messaging, Republicans are landing plenty of blows — pointing out baseball’s incredible double standard where its New York headquarters and Chinese business deals are concerned. “It’s jaw-dropping to see powerful American institutions not just permit themselves to be bullied,” Minority Leader Mitch McConnell (R-Ky.) argued, “but join in the bullying themselves. Wealthy corporations have no problem operating in New York, for example, which has fewer days of early voting than Georgia, requires excuses for absentee ballots, and restricts electioneering via refreshments. There is no consistent or factual standard being applied here. It’s just a fake narrative gaining speed by its own momentum.”

Even detractors of Georgia’s bill can’t believe that corporate America would pick this fight when they have so much of their own political baggage. When it comes to sermonizing about racial and social justice, most of these CEOs don’t have a leg to stand on. “Delta, Coke, Major League Baseball, they all work in China, a country now committing genocide. What standards do we hold people to?” New York Times’s David Brooks pointed out. In Coke’s case, they aren’t just selling in China, they’re selling China to the world. “We’re fully behind China,” the company’s president said, pushing back on pressure last year about the communist regime. And “we’re here for the long-term.” There’s just no shame.

It’s time for American corporations to stop their radical activism and get back to business. Nobody is asking these CEOs to fight on our side — we’re asking them to stop fighting on social issues period. If you sell hamburgers or chicken sandwiches, sell them. But don’t take our money and use it to preach wokeism to us. In the meantime, there are plenty of things we can do to make ourselves heard. We can boycott them (and we should). We can disconnect from them. We can join coalitions to stop corporate tyranny. But there’s something else we need to be doing that’s just as important: We need to confront them. The Left is only controlling these companies because liberals are loud. They’re in the minority — but they’re loud. So we need to write letters, make phone calls, share the truth on our platforms, and spend our dollars rewarding the brands that stay in their lanes.

Silence won’t win this war. Standing and speaking out will.