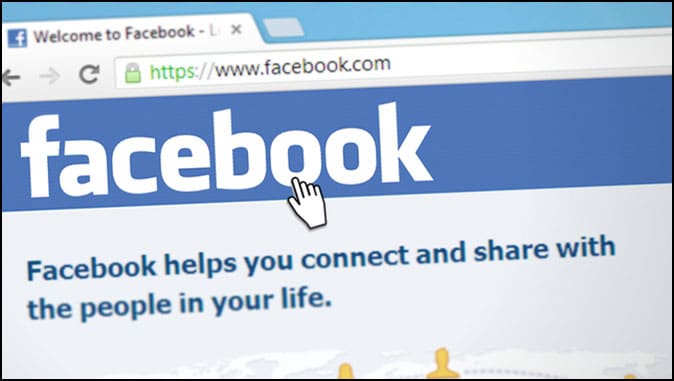 Facebook Has a Private Army: Its Founders Want to Free Criminals
Facebook’s private force is half the size of the San Francisco Police Department.
By Daniel Greenfield

It was a love story made in the start-ups of San Francisco when Mike Krieger, the co-founder of Instagram, proposed to Kaitlyn Trigger, a former product manager at TaskRabbit.

Instagram is where celebrities go to post their vacation photos and TaskRabbit is the gig economy app where random people labor to perform menial tasks for a few bucks. While both of these apps are a blight on the world, it’s different for the wizards behind the curtain.

When Krieger, a Brazilian immigrant, married his TaskRabbit sweetheart, they went back to, what W Magazine described as an, “Art Deco house… in the Dolores Heights neighborhood of San Francisco, where Mark Zuckerberg, the CEO of Facebook, is a neighbor.” Zuckerberg’s Facebook had paid $1 billion for Instagram of which Krieger reportedly got $100 million.

What do you do when you have lots of money, but no purpose or meaning?

The Kriegers began to collect art of the sort that people with no taste and no concept of aesthetics, but ridiculous amounts of money, buy up to show off in magazine photo spreads.

Like matching wall safes in their wall that can’t be opened.

“There’s a clause in the contract that says if we open it, it’s no longer art,” Kaitlyn, photographed smirking at the camera, explained to the New York Times.

Also if you open up all the prisons, then no one is safe anymore except Big Tech executives because the other thing that the Kriegers decided to do with their free time was free criminals.

The happy tech couple founded the Future Justice Fund which funneled money into a variety of pro-crime groups and Democrat organizations. “Many ‘tough-on-crime’ policies actually erode public safety,” the organization falsely claims. Beneficiaries include Californians For Safety And Justice which is pushing to eliminate bail and legalize muggings by treating them as petty theft.

Shoplifting had already been legalized, but SB 82 would go further so that “taking the property from the person of another or from a commercial establishment by means of force or fear without the use of a deadly weapon or great bodily injury” would constitute petty theft.

Another beneficiary of the Big Tech couple’s Facebook cash is Reform LA Jails.

Reform LA Jails, formed by Patrisse Cullors, a co-founder of the racist hate group Black Lives Matter, worked to defund police through Measure J, and elect George Gascon, who has refused to prosecute criminals, ridiculed victims of violent crime, and unleashed a wave of terror.

While it was working to help criminals, Reform LA Jails also paid $191,000 to Cullors in 2019. That money probably enabled Cullors to afford her new $1.4 million house in Topanga Canyon.

It’s not enough money to move into an art deco mansion near Zuckerberg, but it’s a start.

Reform LA Jails was listed as being sponsored by the “Justice Team Network, A Project of Tides Advocacy”. The Justice Teams included Cullors, as well as Melina Abdullah, a BLM LA leader allied with Farrakhan whose hate rally had resulted in attacks on synagogues and Jewish businesses. Tides Advocacy appears to have poured at least $320,000 into Reform LA Jails.

$390,000 came from Patty Quillin, the wife of Netflix CEO Reed Hastings. Quillin was a major backer of Gascon, and funded campaigns for pro-crime measures. The Netflix power couple live in Santa Cruz, but they’re happy to finance the destruction of Los Angeles.

Jane Fonda threw in $5,000, but compared to tech money that was chump change.

Open Philanthropy pushed a $750,000 grant for Reform LA Jails’ pro-crime measure. The organization is a project of Dustin Moskovitz, a Facebook co-founder, and his wife Cari Tuna, who live in Palo Alto, and the Kriegers, flush with Facebook’s cash, were also involved.

Mark Zuckerberg, the CEO of Facebook, has plowed a ton of cash into various pro-crime bids through the Chan-Zuckerberg Initiative with $350 million going to the Justice Accelerator Fund.

Accelerating justice and freeing criminals is a process that starts far from the Zuckerberg manor.

The Zuckerberg estate in Dolores Park is protected by a 15-man security team who helped turn the area into what neighbors described as “nothing short of a fortress.”

No one liked Casa Zuckerberg and its guards who park on the street in their silver SUVs, but matters escalated when William “Gordon” Kinzer, an accountant who used to live in the Dolores Heights area, before being priced out by tech titans, lost his home and became mentally ill.

Kinzer began sleeping at a friend’s house. Zuckerberg’s private army didn’t like Kinzer. Team Zuckerberg took out a restraining order against the homeless accountant, accusing him of being a racist. The restraining order left Kinzer actually homeless, forcing him to sleep in his car.

“I was concerned for my safety,” one of Zuck’s guards claimed about the disabled accountant.

When Kinzer violated the restraining order, he was arrested.

Only a Big Tech billionaire’s lawyers could make a disabled man homeless and then arrest him while making it look like a win for social justice.

“You’re just a slave. How does it feel to work for a thug?” Kinzer was alleged to have asked.

“I’ve been trying to present them with a message: No one is above the law,” Kinzer argued.

But that’s the whole point. Some people are above the law because they make the laws.

The Facebook CEO’s security operation isn’t a private matter. The guards are part of the company’s massive security force with 6,000 personnel, some of whose thugs come from Pinkerton, while its intelligence unit spies on its employees, its users, and everyone else.

Facebook’s Chief Security Officer is a former CIA agent. Its Global Security Operations Center has three operational hubs, and monitors Zuckerberg’s home and top employees, while Its BOLO watchlist appears to track even those who speak badly about the CEO.

Since Facebook’s apps are on most phones, sometimes voluntarily and sometimes embedded forcibly by companies as part of a deal with the social media monopoly, the company’s security force is able to track much of the population of the country by using its own apps.

That’s why Facebook employees who spoke to reporters off the record would make a point of turning off their phones.

Big Tech security teams are one of the industry’s best-kept secrets. Staffed by former military, intel and cops, they’re armed, relentless, and ruthless. Behind the dot com playgrounds for young Ivy League engineers supplied with toys and snacks are the men in black who are there to make sure that they don’t leak any secrets or defect with them to Silicon Valley rivals.

While Facebook’s bigwigs talk about reimagining public safety for the rest of us, they like the current system just fine when it comes to protecting their wealth, their power, and their persons.

Zuckerberg has a team of 70 armed guards led by one of Biden’s former Secret Service agents. When he goes anywhere, his security team shows up beforehand to check it out before letting him go inside. Undercover armed guards disguised to look like Facebook workers even surround him to keep him safe from a possible attack by his own employees at the office.

There’s a secret route to get him out during an attack and bulletproof glass to keep him safe.

Facebook has 1,000 security officers in the Bay Area alone. The San Francisco Police Department has less than 2,000 police officers. Facebook’s force is half the size of the SFPD.

Menlo Park, where Facebook’s headquarters is located, has only 48 police officers, but the social media giant funded the creation of a ‘Facebook Unit’ police substation and provided over $11 million to assign a team of specific police officers to protect its headquarters.

Facebook’s “public-private partnership” had paid for its own police force with arrest powers.

This is public safety reimagined for the elites. Everyone else gets George Gascon and police defunding. We get riots in the streets, smashed windows, and looted stores while Facebook and its top executives get a private police force half the size of the real one. We get junkies, crazies, and thugs roaming the streets, beating, raping, and killing, while anyone who even annoys a Zuckerberg guard will be hit with restraining orders and then arrested in a flash.

The cries of the victims of pro-crime policies can’t be heard in the mansions of Palo Alto, in the tech fortresses of San Francisco, and through the screen of private guards and drones.

Big Tech execs want us to reimagine public safety. Armed guards for them, crime for us.

Instead, let’s imagine we all had the same safety they do. All we have to do is turn back the clock a decade before Big Tech megadonors trashed the justice system and the police.

And then we can all be as safe from crime and criminals as Mark Zuckerberg.