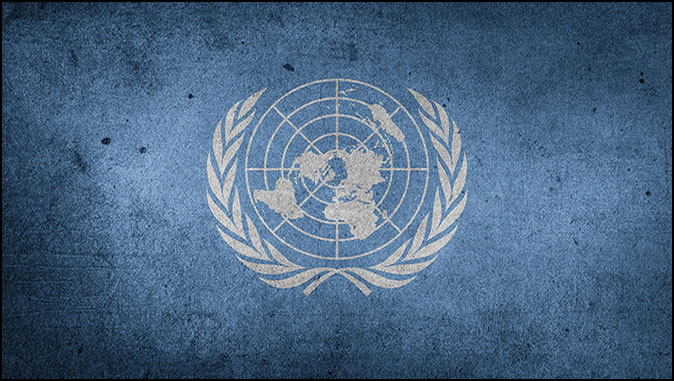 EXITUN
A project for President Trump — and for whomever plans to follow him in leadership.
By Lloyd Billingsley

Last week Cuba and the People’s Republic of China, both longstanding Communist dictatorships, gained election to the United Nations Human Rights Council. The move should come as no surprise because the UN tilted to Communist states from the start.

In the waning days of World War II, Stalin’s foreign minister Andrei Gromyko suggested U.S. State Department official Alger Hiss as the first UN Secretary General, the first and only time a Soviet leader recommended an American for an international post. Hiss was duly appointed acting Secretary General, so the Communists got the man they wanted.

“The GRU [Soviet military intelligence] considered Hiss to be one of Moscow’s most important spies,” Christina Shelton, author of Alger Hiss: Why He Chose Treason, told Jamie Glazov in 2012. From his post in the State Department, Hiss enabled Moscow to break codes and tap into American diplomatic traffic.

At the opening UN conference in San Francisco in May-June of 1945, Hiss brought along Stalinist screenwriter Dalton Trumbo, who wrote the speech of Secretary of State Edward Stettinius. The Secretary of State, who had been under the wing of Hiss and Harry Hopkins, requested an autographed picture of Trumbo, but later denied he ever knew the screenwriter.

Stettinius became U.S. ambassador to the United Nations, first headed by Norwegian Trygve Lie. The newfound UN did nothing to liberate eastern Europe from Soviet control. When Hungarians rebelled in 1956 the UN under Secretary General Dag Hammarskjöld, stood by as the Soviet Communists crushed the rebellion, as they did the “Prague Spring” of 1968.

The Soviet Union retained control of eastern Europe and from 1972 to 1981 made gains in southeast Asia, Africa and Central America. The UN Secretary General at the time was Kurt Waldheim, as the New York Times noted, a former Nazi in a sturmtruppen unit that “executed thousands of Yugoslav partisans and civilians and deported thousands of Greek Jews to death camps from 1942 to 1944.” None of that appears in Waldheim’s official UN biography.

As John Barron and Anthony Paul documented in Murder of a Gentle Land: The Untold Story of Communist Genocide in Cambodia, the Khmer Rouge murdered nearly two million people, approximately one-fourth of the population. The Khmer Rouge executed thousands of babies by smashing their heads against a tree and forced prisoners to dig their own graves before killing them with clubs to save bullets. The UN dithered until 1988 before condemning the Khmer Rouge and utterly failed to establish any kind of tribunal for genocide.

From 1974 to 1987 the head of the United Nations Educational, Scientific and Cultural Organization (UNESCO) was Amabou-Mahtar M’Bow of Senegal, a Muslim and co-author of Islam and Muslims in the American Continent. On M’Bow’s watch, UNESCO funded the PLO and violent Marxist movements around the world. UNESCO served as cover for a dozen of the 47 KGB spies expelled by France in 1983.

UNESCO promoted the “New World Information and Communication Order,” a Soviet-style effort to quash free speech and repress journalists. When the French L’Express described M’Bow as a “megalomaniac despot,” the UNESCO boss sued the publication. M’Bow’s excesses prompted U.S. President Ronald Reagan to pull the United States out of UNESCO in 1984.

Communist China has occupied Tibet since the 1950s and the UN looks the other way. Likewise, the United Nations did nothing about China’s Communist dictatorship under Mao Zedong, with an estimated 65 million victims by the worst mass murder of the 20th century, easily surpassing Stalin and Hitler. During the 1966-76 Cultural Revolution, Mao bragged, “we have buried alive 46,000 scholars.”

This genocidal dictatorship now lands on the UN Human Rights Council, along with fellow Communist state Cuba and such reputable upholders of human rights as Bolivia, Venezuela and Pakistan, which sheltered Osama bin Laden.

Nobody in America ever voted for Guterres, Waldheim or Kurt Waldheim, and the UN was never great. An EXITUN project would not be a departure from the president Trump’s practice to date. The president pulled the United States out of the Iran deal and the Paris climate accords. President Trump nixed NAFTA and replaced it with the USMCA.

In similar style, the president could promote an Alliance of Free States, AFS or “the Allies,” for countries that respect human rights and hold free elections. The others can stay in the UN, which as the late Richard Grenier (The Marrakesh One-Two) used to say, would be better headquartered in Mogadishu.

All told, EXITUN would be a fine project for President Trump and a good test for whoever plans to follow him in leadership.

Gov. Newsom Recall Effort and Other Citizen Initiatives By Anne Reed As a team of…

The Most Important Question About the 2020 Election

Memory is the Key to Survival in the Age of Biden

Biden: Military's 'Special Operations' to Include Gender Surgery By Tony Perkins If there was a…