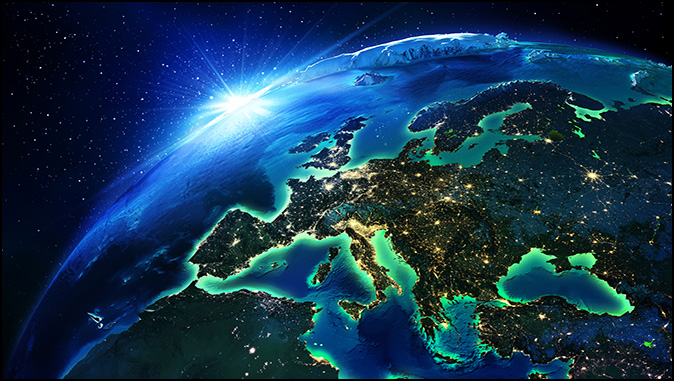 The leaders of European conservative and populist parties met in the Spanish capital of Madrid on January 28-29 to build a unified political front aimed at defending traditional Judeo-Christian values and the sovereignty of European nation states.

The so-called Madrid Summit — held under the motto “Defending Europe” — marked an important milestone in efforts to create a continent-wide alliance to fight the federalist, globalist and anti-democratic drift of the European Union.

The conservative eurosceptic leaders, who vowed to work together more closely in the European Parliament, issued a joint statement that outlined the challenge as well as a path forward:

“The European Community was forged as an area of free cooperation between sovereign states. However, there is a growing threat that seeks to transform the Union into an ideologically charged federalist super-state; a corporation which disregards national identity and sovereignty, and therefore democracy, plurality and the interests of the citizens of the nations that form the Union.

“This drift endangers the Union itself by moving away from the Christian European ideals on which it was founded. Today, some bureaucrats and some parties mistakenly believe that they can promote agendas without democratic legitimacy which go against the needs of Europeans and the survival of Western civilization itself.

“Faced with this situation, we, the participants of the Summit, commit ourselves to defend Europe from external and internal threats. We will confront the currents that advocate a European Union which is alien to its history and which, detached from reality, lead to demographic suicide and societal transformation. Europe is in demographic decline. We have to support pro-family policies.

“We love Europe because we love our nations. And we will defend Europe because we defend our nations. That is why we will not cease to demand a Union focused on common European values, on people, on their families, on the protection of their borders and on the freedom to have energy, industry, and a strong primary sector. We have to regain the culture of mutual respect among Member States and with the EU institutions, where constitutional identities are safeguarded and not criticized. We denounce the politically motivated attacks from Brussels against Poland and Hungary which demonstrate a complete disregard of basic EU principles and violate the spirit of the Treaties.

“In short, we should cooperate and join forces to protect Europe from enforced ideologies and anti-democratic drift that are leading to its downfall.”

The joint declaration included nine action points at the EU level, including commitments to: improve border protection; crack down on illegal immigration; ensure that asylum seekers can enter the EU only after asylum has been granted; work toward greater European energy independence; and defend the primacy of national constitutions over EU law.

In a surprising display of unity, Orbán and Le Pen — who are friendly with Russian President Vladimir Putin — agreed to insert a paragraph in the joint declaration that condemns Russia’s threats against Ukraine. The leaders vowed to:

The joint declaration also pledged to establish a “coordination office” in Brussels to “join forces and speak with one voice as often as possible at the European level vote in the European Parliament on the aforementioned issues.”

“We have shown that there is a different future for Europe, which is based on sovereign countries, not on any centralized structure that takes away powers from states.

“We showed each other that we think almost alike about such important issues as the Russian threats towards Ukraine, migratory pressures, energy issues, with very high gas prices being the result of manipulations on the part of Russia.

The Madrid Summit is the second official meeting of eurosceptic leaders. It builds on the first such summit held in Warsaw, Poland, in December 2021. The Warsaw Summit declaration stated:

“The participants of the conference share a common and deep conviction that the EU is made up of free and equal nation states, bound by numerous areas of close cooperation. We share this conviction with many millions of citizens across EU member states.

“Only through such a European cooperation can we save the EU from further crises and tensions, and put a stop to the disturbing idea of creating a Europe governed by a self-appointed elite. We reject the arbitrary application of Union Law, bending or even violating the Treaties. Only the sovereign institutions of the states have full democratic legitimacy. European institutions do not enjoy the same legitimacy, and therefore should play a subservient role in the political architecture to the nation state.

“Equally, for this reason they cannot become a tool of social engineering aiming at creating a new ‘European nation.’ Examples of such social engineering could be, among other things, the attempts to ideologically alter our languages in a way which will detach a human being from their culture and heritage, like the recent decision of the European Commission to remove the word ‘Christmas’ from the public sphere. Such a concept of the nation has never existed, does not exist today nor can it exist in the future. The participants declare their will to cooperate in the spirit of solidarity, at various levels and forums with all the parties and organizations that hold Europe’s unique heritage and the idea of a Europe of Nations dear.”

The two summits are the result of the July 2021 “Joint Declaration on the Future of the European Union,” an agreement by 16 eurosceptic parties to jointly oppose efforts by European federalists to transform the European Union into a godless multicultural superstate.

The signatories said that the EU has become a tool of “radical forces” that are determined to carry out a civilizational transformation of Europe. They accused conservative establishment parties in Europe of having abandoned traditional Judeo-Christian values ​​and of aligning themselves with leftist positions for political gain.

The author of the July 2021 document, former Polish President Jaroslaw Kaczynski, said that the EU is “preparing to carry out a cultural revolution that will destroy social structures, starting with the family and traditions, and create a new man.” He added: “We don’t want this revolution, which we believe will bring unhappiness and a drastic decline in the freedoms of individuals and countries.”

Some conservative parties — the Bulgarian National Movement (IMRO), the Electoral Action of Poles in Lithuania–Christian Families Alliance (LLRA–KSS), Poland’s Law and Justice (PiS), Romania’s Christian Democratic National Peasants’ Party (PNT-CD) and Spain’s Vox — belong to the center-right European Conservatives and Reformists Group, which advocates for long-term reform of the European Union, but does not want to exit the bloc.

Still others — the Freedom Party of Austria (FPÖ), Belgium’s Flemish Interest (VB), the Alternative for Germany (AfD), the Conservative People’s Party of Estonia (EKRE), France’s National Rally (RN) and Italy’s Lega — belong to the more hardline eurosceptic Identity and Democracy group, some of whose members have advocated for the abolition of the euro, Europe’s single currency.

Meanwhile, Hungary’s ruling party, the Hungarian Civic Alliance (Fidesz), recently left the European People’s Party (EPP) and currently does not belong to any political group in the European Parliament.

The long-term goal of uniting all the eurosceptic parties into a single “supergroup” is easier said than done. They hold different positions on a wide range of domestic and foreign policy issues. Those differences — including economic policy and relations with Russia — will be difficult to paper over.

For instance, although Orbán and Le Pen agreed to include criticism of Russia in the Madrid Summit’s joint statement, Orbán subsequently met with Putin at the Kremlin and pledged to cooperate with Moscow. At the same time, Le Pen omitted the paragraph about Russia from the French translation of the joint declaration.

Moreover, neither the leader of Italy’s Lega party, Matteo Salvini, nor the three co-leaders of Germany’s Alternative for Germany party, attended the Madrid Summit.

Salvini, once at the vanguard of Europe’s anti-EU movement, has seen his eurosceptic reputation tarnished by his decision to join the pro-EU government of Italian Prime Minister Mario Draghi. “I can be in a pro-Europe government while dreaming of a different Europe,” Salvini said recently. In any event, Lega was represented in Madrid by Italian MEP Paolo Borchia.

In opening remarks at the Madrid Summit, the leader of Spain’s Vox party, Santiago Abascal, said:

“We are all allies. We are all united by our values. If we want to ensure the well-being of our compatriots in Europe, we must change the current course. We must work together to free our citizens from this crisis. There is a lot at stake — our survival as nation states. It is our duty to pass on traditional values ​​to the younger generations.”

“Today we face many threats. Together we must find the answer to them. We must win the dispute over the sovereignty of nation states, which is threatened by European institutions that usurp rights that go beyond Community law. We must fight together to ensure that freedom means freedom, democracy means democracy and that sovereignty is guaranteed.”

“We need to strengthen and consolidate common values ​​that are based on Christian values. We need to create a new platform for cooperation to make our positions and views more heard and visible in Europe. Let us not forget that the essence of democracy is elections, so let us support each other.”

“National constitutions are the product of many years of historical evolution. Europe has 2,500 years of history. The European Union is just 70 years old. The EU must be at the service of the Europe of nation states.”

The leader of France’s National Rally party, Marine Le Pen, tweeted: “The slightest national decision that does not correspond to the wishes of the European institutions is now the subject of blackmail: that is not what the Europe of freedoms is!” She added: “We love Europe because we love our nations. And we will defend Europe because we defend our nations!”

“Italians, Belgians, Hungarians, Poles, French; members of different groups in the European Parliament; in Madrid we have made progress in friendship, because what brings us together is stronger than what separates us: the fight for our civilization!”

“The goal is to build a European center-right alternative to a European Popular Party (EPP) that is excessively biased to the left. It will inevitably be a long process, but the party leaders will focus on what unites us, rather than the differences. From this point of view, I reiterated Lega’s willingness to proceed in the direction of a clear and concrete path, respectful of the sensibilities of each individual party.”

The chairwoman of the Freedom Party of Austria, Marlene Svazek, in an interview with Austrian public broadcaster ORF, said that the main purpose of the Madrid Summit was to strengthen mutual trust:

“We have decided to set up a coordination office in Brussels at parliamentary level, which will in future more closely dovetail the votes and the structural and organizational aspects of the two parliamentary groups.

“With regard to major European issues such as more effective external border protection, greater economic independence for Europe and a common, more restrictive migration policy that is completely diametrically opposed to the current one. We all agreed.”

Soeren Kern is a Senior Fellow at the New York-based Gatestone Institute.