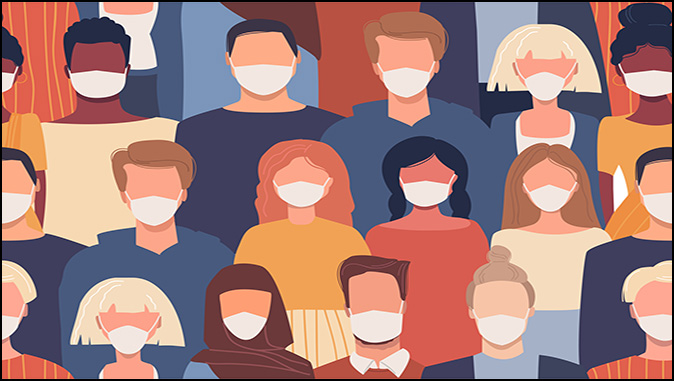 February 1st is the Department of Health and Human Services deadline for public comments on bringing “equity” to organ donations. Equity invariably means racial quotas and artificially moving minorities to the head of the line and there’s no reason to expect anything else.

The Association of Organ Procurement Organizations (AOPO), which had already been blamed for “organ transplant disparities”, has been constantly touting its own AOPO Diversity, Equity, and Inclusion Task Force and promising to implement its recommendations.

Lost in all the noise is the reality that lower rates of organ donations and transplants from minorities are not, as equity advocates insist, evidence of systemic racism, but medical and behavioral differences. For example, “African Americans are half as likely as whites to agree to donate a loved one’s organs” and there’s generally a “lower donation rate among racial/ethnic minorities, specifically including Blacks, Hispanics, and Asians”.

Organ donations require a certain degree of altruism and trust toward a larger group whether it’s the family or the country as a whole. Indoctrinating racial minorities with critical race theory myths about systemic racism makes them much less likely to donate organs.

The familiar argument from equity in medicine is that minorities, especially black people, are disadvantaged, and that moving them to the head of the line will remedy the “inequity”.

The pandemic became a testbed for deploying racist equity measures like determining vaccine and medication distribution by race.

Under the CDC and NIH, the National Academies had produced a framework which claimed that “COVID-19 illnesses and deaths are strongly associated with race” due to “systemic racism” and that it was the job of the medical system to reduce these “health inequities”.

The FDA’s emergency use authorization for sotrovimab, supposedly the most effective monoclonal antibody treatment for the Omicron variant, listed “race” as a risk factor for deciding who gets the drug. Multiple states incorporated race as a treatment factor. After lawsuit threats from Stephen Miller’s America First Legal, Utah and Minnesota have backed down.

New York, whose guidance was the most blatant example of racial discrimination, insists that it will go on discriminating against white patients while retaining its unconstitutional approach.

There’s no way to know whether Gov. Hochul’s, “non-white race or Hispanic/Latino ethnicity should be considered a risk factor, as longstanding systemic health and social inequities have contributed to an increased risk of severe illness and death from COVID-19” guidance will kill as many people as her predecessor’s insistence on putting COVID patients in nursing homes.

Turning risk factors into privilege was always the affirmative action playbook, but unlike employment and educational discrimination, in medicine, it’s bound to get people killed.

The Black Lives Matter riots drove institutions, both private and public, into dramatic policy shifts. In medicine, the shift away from equality and toward equity took place at both the levels of the medical establishment, with the American Medical Association rolling out a massive strategic equity plan, and the regulatory level with government bureaucracies mandating equity.

Equity in medicine means accepting and promoting unqualified doctors and medical personnel on account of their race, but it also means implementing a racial triage that prioritizes minorities for medical treatment. Equity knocks down professional merit at the top and patient need at the bottom, replacing the Hippocratic Oath and basic humanity with the tribalism of racial quotas.

Doctors are being taught that their responsibility is not to the patient as an individual, but to the society, and to some races more than others. And patients are being taught that, like students seeking admission to college or employees looking for a promotion, their race is all that counts.

This horrid fusion of the perpetual rationing of socialized medicine based on the social good and identity politics is little more than state-mandated genocide in which politicians tell doctors who must be allowed to die so that the people whose lives matter more get better survival odds.

Democrats loudly mocked Sarah Palin and denied the existence of death panels, but not even Palin would have predicted death panels that measure the value of life based on race. And yet a decade later, a scenario that would have been ridiculed as a wild conspiracy theory is upon us.

It’s become routine for medical professionals and institutions to declare that “equity” is at the center of everything that they do. And yet what they do is provide worse care for everyone because equity, not medicine or health care, is their aim. Much as equity in education destroyed the educational system and woke corporations are going broke, medicine is being transformed into a politicized practice that is no longer interested in healing patients, only social ills.

The AMA’s new Health Equity Guide is not only full of Marxist indoctrination with a paragraph on “class consciousness” as “the recognition by workers of their unity as a social class in opposition to capitalists and to capitalism itself”, but denounces the idea that people have a “personal responsibility” to make healthy choices. The Equity Guide urges doctors to “avoid… blaming individuals for their condition” and instead blame capitalism.

This radicalizing and recruiting strategy, the underlying motive for much of the “equity” scam, does nothing to help patients. Instead it makes things worse for them at every level.

Victimhood politicization is just another form of learned helplessness.

Telling groups that already suffer from obesity, diabetes, and other problems that they’re not responsible for their condition, that capitalism and racism are, is just a more elaborate way of killing them. Equity advocates not only don’t care, they profit politically from a worsening situation for minorities so that they have a statistical basis for making things worse for everyone else. The more minorities die, the more they can justify the medical murder of white people.