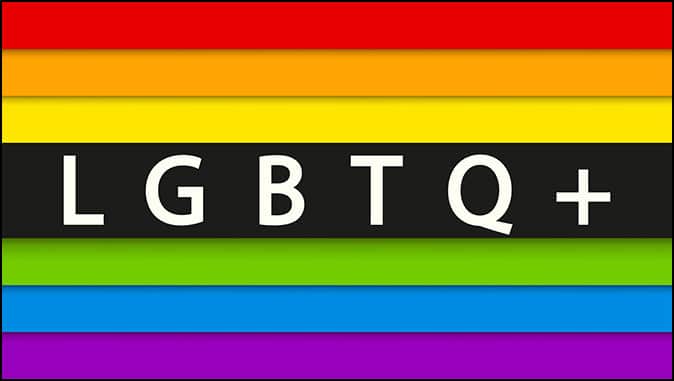 On the surface, the Equality Act that the House of Representatives recently passed might sound harmless, but it’s anything but that. It’s extremely dangerous for all those who hold to a biblical faith.

The Family Research Council aptly describes the legislation with these words, “It’s a world that hunts down and punishes anyone who thinks differently from the Left on gender or sexuality. And that includes schools, businesses, food banks, adoption agencies, homeless shelters, day cares, faith-based ministries, and government offices.” In other words, no organization would be exempt from this first-amendment-obliterating law. It’s tyranny by any other name.

William Wagner, in an American Thinker article titled The Inequality of the ‘Equality Act,’ precisely describes the bill as “mandating universal endorsement of nontraditional sexual morality under federal law.” Wagner further depicted the consequences of the act as follows:

Under its provisions, churches unwilling to perform same-sex “marriages,” or appoint cross-dressing Sunday school teachers, would lose their tax-exempt status as houses of worship. Men who announce that they identify as women would be permitted to use fellowship hall women’s restrooms and dressing facilities. Sexual conduct like marital fidelity would no longer be a legitimate consideration for clerical hiring decisions. Christian colleges unwilling to abide by similar requirements would lose their academic accreditation and access to student loans. These examples are just the tip of the iceberg.

With their First Amendment protections removed, many religious institutions would ultimately face a choice between bowing to the secular god of prevailing culture…and being sued out of existence.

The bill also establishes abortion up to the moment of birth as the law of the land and removes all protections for doctors, healthcare providers, clinics, and hospitals that refuse to perform abortions because of conscience or religious beliefs.

It’s the Spirit of the Antichrist

While the stipulations of the Equality Act should shock all Bible-believing saints, they should not surprise us. Is this act not reflective of the “spirit of the antichrist?” In 1 John 4:2-3, the apostle wrote this, “…and every spirit that does not confess Jesus is not from God. This is the spirit of the antichrist, which you heard was coming and now is in the world already. Little children, you are from God and have overcome them, for he who is in you is greater than he who is in the world.”

The Equality Act goes far beyond denying Jesus’ equality with God the Father; it legalizes lawlessness. In 2 Thessalonians 2:3, Paul describes the antichrist as “the man of lawlessness.” Once in power, he will display great contempt for God and support all types of evil behavior that defy the teachings of Christ.

In the next verse, the apostle describes him as one “who opposes and exalts himself against every so-called god or object of worship, so that he takes his seat in the temple of God, proclaiming himself to be God” (2 Thess. 2:4). Is this not the spirit encapsulated in the Equality Act?

These verses from 2 Thessalonians 2 remind me of the prophet Daniel’s description of the antichrist, “And the king shall do as he wills. He shall exalt himself and magnify himself above every god, and shall speak astonishing things against the God of gods. He shall prosper till the indignation is accomplished; for what is decreed shall be done” (Dan. 11:36). We see such things already at work in our world.

During the House debate on the Equality Act, Representative Greg Steube (R-FL) drew the ire of Democrats after he pointed out that God makes people uniquely male or female. He also said, “The gender confusion that exists in our culture today is a clear rejection of God’s good design. Whenever a nation’s laws no longer reflect the standards of God that nation is in rebellion against him and will inevitably bear the consequences. We are seeing the consequences of rejecting God here in our country today.”

Ranking Democrat Jerry Nadler of New York angrily replied to Representative Steube with these words, “What any religious tradition describes as God’s will is no concern of this Congress.” Wow! Such is the contempt for our Lord that rests with all those in Washington, D.C. and beyond who support the Equality Act and the tyranny that would come with it should it become law.

The Restraining Work of the Holy Spirit

The increasing acceptance of this lawless spirit is yet another sign that our “blessed hope; the appearing of our great God and Savior Jesus Christ” grows ever so close (Titus 2:13). By itself, this repudiation of God’s standards by the U.S. Congress might not signal the closeness of the seven-year tribulation, but it comes along with the convergence of a host of other signs that tell us we live in the last moments of human history.

In 2 Thessalonians 2:6-7, Paul wrote about the restraining work of the Holy Spirit that now prevents the unveiling of the antichrist until after the Rapture occurs: “And you know what is restraining him now so that he may be revealed in his time. For the mystery of lawlessness is already at work. Only he who now restrains it will do so until he is out of the way.”

While we will not know the identity of the antichrist before our departure to heaven, we clearly recognize his spirit that is already at work in our world. The Equality Act has his insignia all over its God-defying decrees.

I am not suggesting that we accept the inevitable passage of this law, quite the contrary.

First, we need pray for our nation and in particular that the Senate rejects this heinous bill. I believe that the Holy Spirit works through His presence in us and through our prayers to hold back the full expression of evil and lawlessness that is still to come. Pray that the Lord will raise up enough men and women in the U.S. Senate to keep the Equality Act from reaching the desk of Joe Biden, who promised during his campaign that he would sign this bill into law during his first one hundred days in office.

If you live in a state with a Republican Senator, please contact him or her to express your disapproval of this terrible legislation that is coming from the House.

The Equality Act represents the government demanding that everyone toe the line with its views of morality in order to participate in society. Under the antichrist, this state-worshipping tyranny will reach its zenith.

The good news is twofold. First, Scripture confirms the doom of the antichrist, “And the beast was captured, and with it the false prophet who in its presence had done the signs by which he deceived those who had received the mark of the beast and those who worshiped its image. These two were thrown alive into the lake of fire that burns with sulfur” (Rev. 19:20).

As for the spirit behind the antichrist that has defied God since the beginning of time, he will also suffer the same fate as the antichrist, but at a later time (see Rev. 20:10)

Second, all these things signal the soon appearing of Jesus to take us home to the place He’s preparing for us (John 14:1-3). The Equality Act confirms what we already see in the many other signs of the fast-approaching tribulation. And if this time is so close, how much closer must be our quick departure from this world?