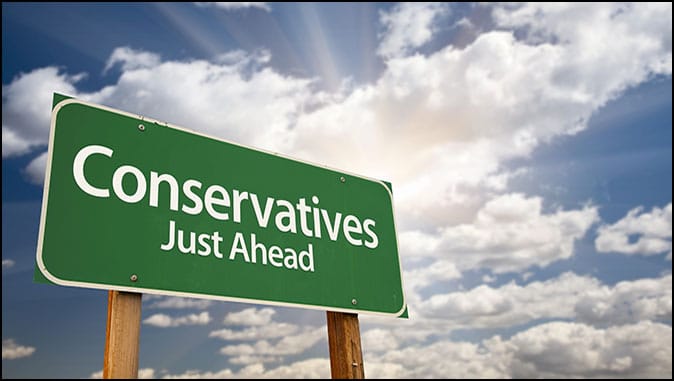 “Women belong in all places where decisions are made,” – Ruth Bader Ginsburg

Last week, I tuned in to the Amy Coney Barrett (ACB) confirmation hearing, and every day since I’ve grown more excited to have such a woman of grace and character represent conservative women.

After watching Justice Kavanaugh’s hearing years prior, it was a nice treat to watch Democrats squirm as they tried to find instances in which they could tear ACB down. Yet, the only talking point they seemed to find was that she’s religious, kind, and conservative.

Meanwhile, many feminist protesters are protesting this woman and what she stands for. Confusing. Right? After all, aren’t they supposed to support all women and their rights?

In The Flipside of Feminism, Phyllis Schlafly’s niece, Suzanne Venker, said, “The feminist movement was never about supporting all women, just liberal women.”

And the hatred ACB has garnered only further proves Venker’s point – if you’re not liberal, you don’t matter.

As a woman in her 20’s, I’ve seen firsthand how my classmates, lifelong friends, and those I love have been pulled toward the leftist feminist agenda. And the majority of them thought it was a “cool” thing to do. Now, don’t get me wrong, I’m thankful for suffragettes and the 19th amendment. But, I refuse to embrace the idea that because I’m a woman, men should be treated less or that by supporting abortion, I’m protecting women.

An interesting battlefield many feminists choose to fight is that of sexual misconduct and rape.

They aren’t wrong that this is a terrible crime and should be punished. But in the topsy-turvy world of the Left, those who are the victims of legitimate sexual harassment function only as expendable pawns in a game of chess rather than human beings in need of help.

For many of today’s feminists, the Me Too movement was a groundbreaking way to open minds concerning women’s sexual harassment or abuse by men in the workplace. But even so, in 2018, Golden Globe actors and actresses donned black dresses, suits, and “Time’s up!” buttons to show support for women. But in reality, they couldn’t care less.

How do I know?

Because the Me Too movement was just another liberal façade that encourages women to speak out, stand up, and be a light. But in reality, the movement supports legalizing prostitution and killing unborn girls in the womb. Interesting, right?

So, instead of caring for women who are hurting and abused, they’d rather focus on how glorious it is to be a woman, or how powerful you can be if you use sex as a trump card and overlook technicalities.

If these feminists or liberals really cared, Cardi B wouldn’t be promoting sex work. JLO wouldn’t be “empowering” women through her music or offensive Super Bowl performance. No, they would be running to rescue the discarded women who have been raped, beaten, and tossed out by the hands of an abuser. They would be clinging to their daughters, praying they never were dragged into the sex industry. But, they don’t see that, and they won’t.

In the few weeks since her nomination, she has faced hateful comments from the Left. They have judged her on everything from her faith to even adopting and raising two children from Haiti. But even so, she has remained poised, polite, respectful, and gracious to her adversaries. She has refused to talk over her oppressors, her facial expressions have been kind, and she has promoted everything a lady should uphold…while aiming to stand for what she believes in.

And Feminists can’t handle it.

An article appeared on Jeff Bezos’s site, the Washington Post, with the title, “Amy Coney Barrett is a strong woman. That doesn’t make her a Feminist Icon.”

All of this twisted rhetoric reminds me of a scene in the animated Disney classic, Beauty and the Beast, where the villainous Gaston riles up the townspeople while preparing to kill the beast. And his famous line, “If you’re not with us, you’re against us!” at least, in my mind, is the perfect picture of the feminist mindset.

Often, it seems that so many women are fooled into believing the lie and the standard of what the liberal party expects that they miss out on – what real women are fighting for. We need to see women willing to stand up for what they believe and independent enough to hold their own. Because feminists don’t fight for women; they fight for their own agendas.