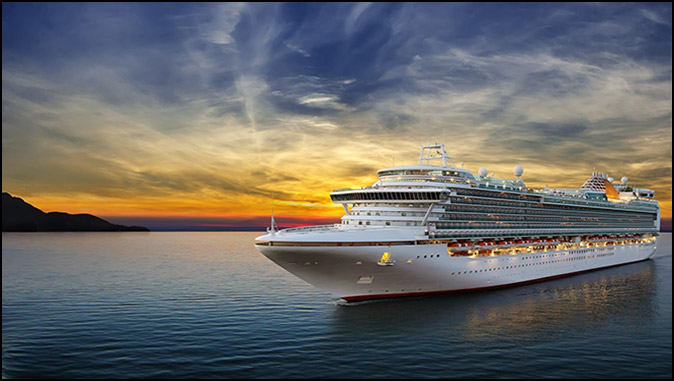 Don’t Fly Migrants to Sanctuary Cities
Ship them in.
By Jeff Davidson

So the Über-Liberals of Martha’s Vineyard are getting a tiny, tiny taste of what Texas and Arizona endure every hour, of every day, for months on end, with no end in sight. What a wonderful glimpse for all the world to see: how an ultra-wealthy, sparsely populated island, in a virtual sanctuary state, handles an exceedingly thin fraction of border-crossing illegal immigrants, yearning to be free!

All those yard signs, all that virtue-signaling, and it adds up to what? Gross hypocrisy. Then the blame game starts. DeSantis and Abbott… they are simply evil men, using the poor as political pawns. How do we know? The liberal press is blasting out this message today via bullhorns.

As any thinking person knows, however, the real blame lies in Washington, DC thanks to the lax administration of Joe Biden, his lackey Kamala Harris, and the super-incompetent Secretary of the Department of Homeland Security, Alejandro Mayorkas.

More Bang for the Buck

Apparently Governor DeSantis had to pay handsomely to fly the 50 “exploited souls” to Martha’s Vineyard. However, here is a solution for sending even more, at a far lower cost per person. Buy one of the many cruise ship for sale from the cruise companies which have been hit hard over last 30 months and that now seek to reduce some of their inventory.

Personally, having cruised 39 times, and I can tell you that the these big ships can comfortably accommodate between 2500 and 4500 passengers. For a short trip up the Atlantic coast, doubling and tripling the number of people in each room, per family, would sum to nearly 10,000 on one voyage. From Texas, navigating the Gulf of Mexico, or directly from Florida, heading up the Atlantic Ocean, a ship could reach Massachusetts within three days.

During the time of the voyage, the facilities on board are excellent. There are health clubs, saunas, steam rooms, a running track, and even a swimming pool or two.

These guests of Joe Biden, transported by governors, would actually enjoy themselves on the way up, and then, by golly, be rewarded via the largesse that represents the good people of Massachusetts.

Governor DeSantis, as well as Governor Abbott, employing cruise ships could then supply all the sanctuary cities along the Atlantic Seaboard with exactly what they’ve been begging for. After all these years, hey, why not make a wonderful delivery to Baltimore, and then Rehoboth Beach, Delaware where the Bidens frequent?

And how about 1,000s of migrants delivered to Atlantic City, New Jersey, and the Hamptons in Long Island? Don’t forget Bridgeport and New Haven, Connecticut before proceeding to Newport, Rhode Island, Nantucket, and Boston. For good measure make some deliveries to the resort towns in Maine.

What a marvel to behold, as these self-described caring destinations welcome thousands and thousands of migrants, all at once, and artfully absorb them. Sure, there will be some adjustments; such locales will have to spend big bucks for food, shelter, and clothing for these new arrivals… and then find them longer term homes and jobs. So what if local schools are not equipped with foreign language teachers and curricula so that the new children can get up to snuff? Isn’t that what sanctuary cities are all about?

Let’s revisit all of these places one year later and see exactly how these welcome guests have feared. How about crime? Have they had run-ins with the law? About the schools? How public health? Let’s take a very accurate snapshot of what happens on the day they arrived, versus one year later, two years later, and three years later.

Having people dumped into your community, or your home for that matter, despite liberal virtue-signaling, represents a huge change in how you live, and how they live. It’s humanitarian to help a migrant in need. Thousands of migrants, or tens of thousands of them, all at the same time, dropped into a community is not a humanitarian gesture, it is an attack on your way of life.

As Henry Kissinger famously advised then German chancellor Angela Merkel, helping one person in dire need to come to Germany is a humanitarian gesture. Having great masses come to Germany threatens your culture.