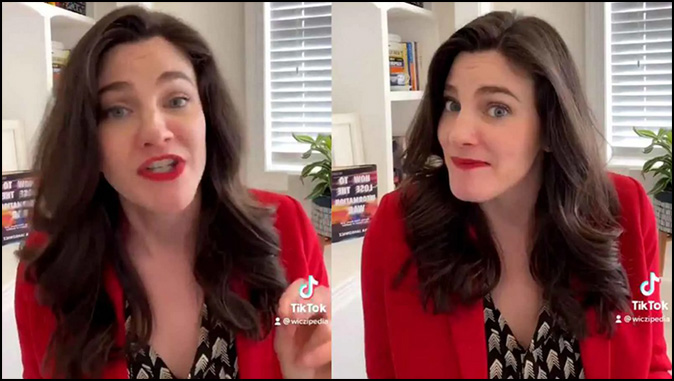 DHS Says Disinformation Board Being ‘Paused’ Due to Harassment of Its Chief Enforcer
Is there hope for freedom of speech in America after all?
By Robert Spencer

Is there hope for freedom of speech in America after all, despite all of the Left’s efforts to destroy it? Maybe: the Washington Post announced recently that “just three weeks after its announcement, the Disinformation Governance Board is being ‘paused,’ according to multiple employees at DHS, capping a back-and-forth week of decisions that changed during the course of reporting of this story.”

The Post’s notorious Taylor Lorenz, whom PJM’s Stephen Green referred to as a “garbage human” who “still talks and whines like an underage Mean Girl when she isn’t busy ruining people’s lives for fun and profit,” reported the apparent demise of the Board in a funereal tone and as a victory for evil right-wingers, but for anyone who values the freedom of speech, the end of the Board is a cause for celebration.

The Board, however, may not even really be dead. Lorenz claims that “on Monday, DHS decided to shut down the board, according to multiple people with knowledge of the situation. By Tuesday morning, Jankowicz had drafted a resignation letter in response to the board’s dissolution.” However, there are plenty of enemies of the First Amendment within the DHS, and so after the Board was killed, it became undead: “But Tuesday night, Jankowicz was pulled into an urgent call with DHS officials who gave her the choice to stay on, even as the department’s work was put on hold because of the backlash it faced, according to multiple people with knowledge of the call. Working groups within DHS focused on mis-, dis- and mal-information have been suspended. The board could still be shut down pending a review from the Homeland Security Advisory Council; Jankowicz is evaluating her position within the department.”

Lorenz laments that the sainted Jankowicz, who is such an enthusiastic fascist that the thought of censorship moves her to sing, has fallen victim to the very purveyors of “disinformation” that, in happier times, she would have had deplatformed, silenced, and (oh joy of joys) maybe even sent to the gulag. “Within hours of news of her appointment,” Lorenz writes, “Jankowicz was thrust into the spotlight by the very forces she dedicated her career to combating. The board itself and DHS received criticism for both its somewhat ominous name and scant details of specific mission (Homeland Security Secretary Alejandro Mayorkas said it ‘could have done a better job of communicating what it is and what it isn’t’), but Jankowicz was on the receiving end of the harshest attacks, with her role mischaracterized as she became a primary target on the right-wing Internet. She has been subject to an unrelenting barrage of harassment and abuse while unchecked misrepresentations of her work continue to go viral.”

“Harassment and abuse.” Ain’t that always the story? Whenever a Leftist is criticized, he or she claims to have received multiple death threats from those unhinged conservatives, yet the overwhelming majority of the actual political violence we have seen in the United States has come from the Left. A DHS wonk claimed: “Nina Jankowicz has been subjected to unjustified and vile personal attacks and physical threats. In congressional hearings and in media interviews, the Secretary has repeatedly defended her as eminently qualified and underscored the importance of the Department’s disinformation work, and he will continue to do so.”

Sure. Jankowicz is indeed eminently qualified to lead a government effort to smear dissent from the Left’s agenda as “disinformation” and silence it accordingly. She has said that she wants “verified people,” i.e., trusted Leftists, to have the ability to edit Twitter so as to add “context” to tweets from people Leftists hate. She has said that she “shudders” at the thought of “free speech absolutists” taking over social media platforms. So there was no question that she was perfect to run a Disinformation Governance Board. The only problem was that such a Board ran counter to everything the United States stands for or has stood for up until the ascendancy of Barack Obama, Joe Biden, Hillary Clinton, and the rest.

Lorenz is gutted: “Jankowicz’s experience is a prime example of how the right-wing Internet apparatus operates, where far-right influencers attempt to identify a target, present a narrative and then repeat mischaracterizations across social media and websites with the aim of discrediting and attacking anyone who seeks to challenge them. It also shows what happens when institutions, when confronted with these attacks, don’t respond effectively.” It is hard to see how Lorenz or anyone thinks a government agency combating what a far-Left administration thinks is “disinformation” could have been sold effectively to the American people. With any luck, we’ll never find out.