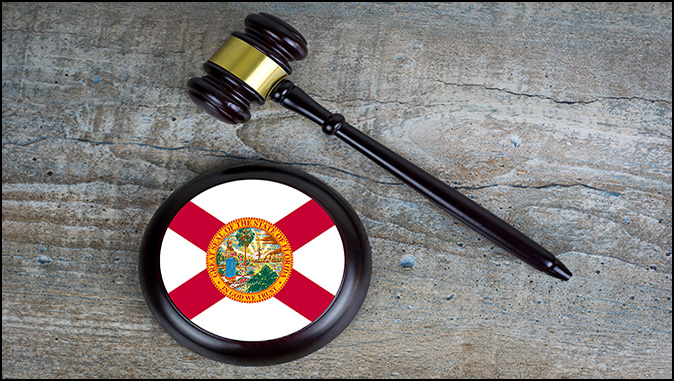 Florida’s Governor Ron DeSantis underscored the rule of law in his state by suspending the top prosecutor in Tampa last week, Andrew H. Warren, for refusing to enforce certain laws that did not comport with Warren’s progressive social justice agenda. Mr. Warren is the elected state attorney of Hillsborough County, but the governor in Florida has the constitutional power to suspend him if, as in this case, the governor finds that Mr. Warren’s actions amounted to “incompetence and willful defiance of his duties.” New York’s Governor Kathy Hochul has similar powers but refuses to remove, or at least suspend, Manhattan’s District Attorney Alvin Bragg for his reckless soft-on-crime policies.

“When you flagrantly violate your oath of office, when you make yourself above the law, you have violated your duty, you have neglected your duty and you are displaying a lack of competence to be able to perform those duties,” Governor DeSantis said in explaining his suspension decision.

Hillsborough County Sheriff Chad Chronister said that law enforcement officers are resolved to “apprehend the criminals who prey on law-abiding citizens in our community. The governor’s suspension of State Attorney Andrew Warren is not political to me. It’s about law and order. It’s about ensuring our loved ones are safe. It’s about the victims and their voices.”

Warren’s soft-on-crime approach has frustrated Hillsborough County’s law enforcement officers. Sheriff Chronister pointed to an instance where Warren’s office decided not to charge a gang member for allegedly shooting a victim and then firing into a home where women and children were living. One of the women, according to Sheriff Chronister, felt “as though her status as a victim doesn’t matter, and the state attorney simply does not care.”

Andrew Warren defiantly declared in a statement that his suspension “spits in the face of the voters.” But it was Mr. Warren who spat in the face of his constituents by refusing to fulfill his responsibilities to enforce the law. Warren showed contempt for the citizens of Florida and their duly elected state legislators when he decided unilaterally to flout criminal laws that the legislators passed, and that the duly elected governor signed, by pledging not to enforce them. These include laws relating to abortion restrictions and the banning of gender transition medical procedures for children.

“We don’t elect people in one part of the state to have veto power over what the entire state decides on these important issues,” Governor DeSantis explained. He excoriated prosecutors such as Andrew Warren who promote a “woke” agenda, “where you’re deciding that your view of social justice means certain laws shouldn’t be enforced.”

Andrew Warren is associated with a leftwing network of prosecutors across the country whose mission, according to Influence Watch, is “to implement lenient left-progressive approaches to criminal justice.” This network is known as “Fair and Just Prosecution,” a Tides Center sub-entity. Many of the prosecutors in the network, including Mr. Warren, have received financial support in their elections from groups supported by the radical Left billionaire George Soros.

Miriam Krinsky, the executive director of Fair and Just Prosecution, called Warren’s suspension “an unprecedented and dangerous intrusion on the separation of powers and the will of the voters.” Ms. Krinsky needs to take a refresher course in the basics of constitutional law. Separation of powers refers to the division of responsibilities and authority between the co-equal legislative, executive, and judicial branches of government. Florida’s governor heads the executive branch of Florida’s government – the same branch that Andrew Warren was a member of until he was suspended. Florida’s constitution specifically authorizes the governor to suspend state officials, such as state attorneys, on certain stated grounds that include malfeasance, misfeasance, neglect of duty, and incompetence.

Pledging in advance not to enforce whole categories of laws passed by the legislature, rather than exercise reasonable prosecutorial discretion on an individualized case by case basis, is an intrusion into the legislature’s sphere of authority under the separation of powers principle. That is precisely what Andrew Warren has done.

In June 2022, Mr. Warren signed another joint letter promulgated by Fair and Just Prosecution. This letter took the same defiant stand against prosecuting violators of criminal laws that the progressive prosecutors who signed the letter do not like, this time involving laws restricting abortions. Manhattan District Attorney Alvin Bragg, who took office on January 1, 2022, joined the list of other leftwing prosecutors who signed this letter.

Who does Andrew Warren believe should be prosecuted? One example occurred back in April 2020 in the early stages of the COVID-19 pandemic, when he favored going after a pastor for holding in-person services. After Governor DeSantis signed an executive order allowing in-person services to continue, Mr. Warren criticized the governor’s action as “weak” and “spineless.” On the contrary, standing up for the First Amendment’s protection of the right to the free exercise of religion is a demonstration of strength and moral courage.

Andrew Warren has insisted that he still remains on the job despite his suspension, claiming that the suspension was “unconstitutional.” He snarked that if Governor DeSantis “thinks he can do a better job, then he should run for state attorney and not president.”

Governor DeSantis spokesperson Christina Pushaw said that Warren was being “delusional,” adding that “in Florida we live in the real world. His badge won’t even work to access his former office today.” Warren’s name no longer appears on the state attorney’s website. His replacement, at least for the time being, is Hillsborough County Court Judge Susan Lopez.

Andrew Warren deserved to be suspended for refusing to enforce laws that offended his personal sense of social justice. Now that Warren is no longer a state attorney, he is free to run for a seat in the Florida state legislature on his leftwing, progressive agenda. If elected, he can try to change the laws he does not like through the democratic legislative process instead of subverting it.