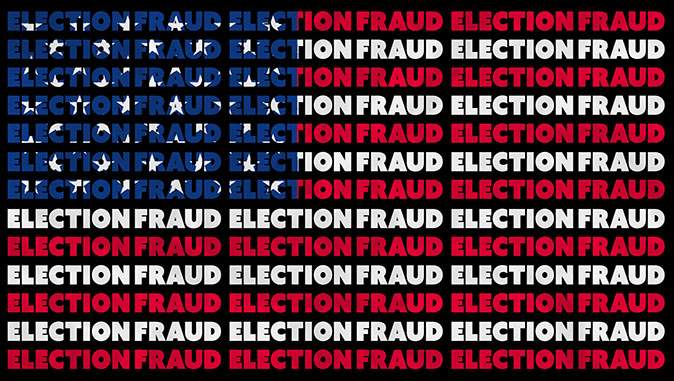 Reprinted From Broad and Liberty.

An email introducing a Delaware County councilwoman to the idea of election grants from a nonprofit also cc’d a political strategist whose online bio boasts that he led “the soft-side effort to win the swing state [Pennsylvania] in 2020” for Democrats and their causes.

The revelation is likely the first direct link in Pennsylvania between grants from the Chicago-based Center for Tech and Civic Life for the 2020 election and a source with an open partisan affiliation for Democrats.

The email was obtained by Republican activist Leah Hoopes from Delaware County via a Right to Know request filed in February.

The email thread began on July 24 of last year when someone named Gwen Camp emailed Delaware County Councilwoman Christine Reuther. Although requests for comment to Camp were not returned, she is most likely a former Obama administration FEMA staffer as well as a former staffer for Sen. Bob Casey, according to a LinkedIn bio with that name.

Also cc’d on the email was Kevin Mack, whose email address identified him as employed with Deliver Strategies.

“Kevin Mack is a veteran political, communications and direct mail strategist,” his bio on the Deliver Strategies website says. “Mack most recently served as Lead Strategist for The Voter Project in Pennsylvania which was instrumental in signing up over 3.2 million people to vote by mail and leading the soft-side effort to win the swing state in 2020. Prior to that, Mack ran the Need to Impeach Campaign which built a grassroots movement of over 8.4 million Americans across all 50 states.”

The website’s homepage boasts that Deliver Strategies has worked for campaigns ranging from President Obama to Governor Wolf, and Congresswoman Susan Wild—all Democrats.

“Christine and Marc, I know you’ve both been hearing about the other’s operations but wanted to get everyone together to talk about the potential for an official partnership,” Camp wrote as she introduced Reuther to Marc Solomon, a longtime political strategist.

“Marc, I would love to talk to you about the journey we have been on with our election department in Delco, what we have to do, even if I have to steal funds from other County departments, and what I would like to do if I can find the money,” Reuther replied.

The last person included in the email thread is Jennifer Walls-Lavelle, a staffer for Gov. Tom Wolf. The email for Walls-Lavellle was a personal email address however and did not use her state-provided email account.

None of the email participants responded to request for comment except for Councilwoman Reuther.

Reuther told Broad + Liberty that Kevin Mack, “isn’t someone I have dealt with in a political or partisan context.”

“I was introduced to CTCL in the context of facilitating statutorily mandated vote by mail processes that were not being funded by the Republican controlled legislature that imposed them or by the prior Council which had failed to budget for them,” Reuther continued. “The need was acute last summer because we had already learned in the primary what kind of vote by mail turn out we could expect given the pandemic.”

She further said the comment about needing to “steal” from other departments was likely half joking, half serious.

“I won’t disavow the sentiment behind that statement even if the word ‘steal’ is a bit hyperbolic. One of the County government’s key responsibilities is to provide for the conduct of safe and secure elections for all voters, regardless of their party affiliation,” she explained.

“I would have sought from Council the mid-year reallocation of budget dollars from other departments to make sure that the 2020 general election, conducted during a pandemic with new machines and a new vote by mail, could be conducted safely and securely. It was not necessary, in large part because of the CTCL grant.”

Elected Republican lawmakers are taking aim at this kind of outside funding. A bill is currently pending that proposes to allow for nonprofit donations intended to help Pennsylvania’s elections, but the money would first go to the Department of State, and the DOS would be restricted to dispensing the money to counties on an equalized, per-registered-voter basis.

A previous Broad + Liberty analysis of the CTCL grants awarded in Pennsylvania last year showed that although monies went to both Republican and Democrat-leaning counties, the Democrat counties received many times more when averaged out on a per-registered-voter basis.

While the GOP may be upset with disparities across the commonwealth for the CTCL grants, Delaware County says their use of the grant money was nonpartisan.

“CTCL funds were used equitably throughout the County (e.g. one drop box for each municipality) and the objective of the County was to facilitate a range of voting options, during the height of the pandemic, for all registered voters in the County, without regard to party registration or affiliation,” said county spokeswoman Adrienne Marofsky. “In multiple lawsuits brought by partisan interests, there was never any evidence presented that the County election administration attempted to benefit one party over another.”

As Broad + Liberty also reported, the blue collar counties of Philadelphia were already applying for their CTCL grants in July and August, at a time when no other counties in the commonwealth had been made aware of the existence of the money.

Only after Facebook founder Mark Zuckerberg and wife Priscilla Chan gave CTCL $250 million on Sept. 1 did the Pennsylvania Department of State inform all counties that they could apply for grant monies to help with the election.