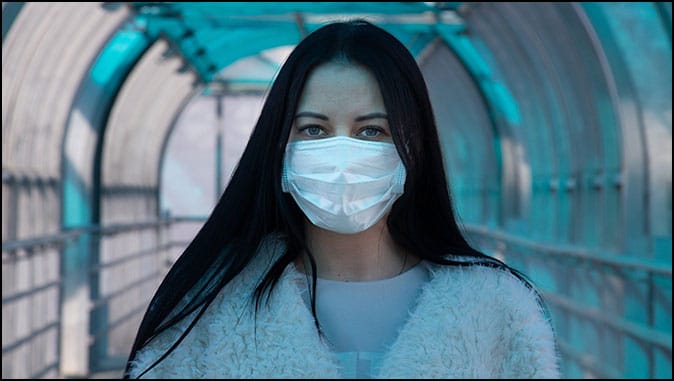 COVID-19: Who Has the Intellectual and Moral High Ground?
Those of us who have seen through the political power grab from the beginning.
By Jack Kerwick

In 2020, something dramatically changed—and not for the better.

The sloppy conventional rhetoric aside, it was most definitely not some “pandemic” that succeeded in undermining the economic, psychological, and communal well-being of hundreds of millions (possibly as high as 1.6 billion) of human beings around the planet.

And it was not some virus—“the Virus”—that wreaked havoc in the United States.

Rather, it is the mass hysteria over a virus fomented by materially, ideologically, and electorally-motivated political and media elites that accounts for the incalculable suffering of countless human beings.

In America, since March and courtesy of state governors and mayors, tens of millions of citizens were forced onto the unemployment rolls and numerous small business owners were forced to close their doors. As of May, at least 100,000 of them have had both their dreams and livelihoods shattered. About 40% of black-owned small businesses have had to close, with up to half of them expected to close for good.

More recently, it was determined that 55% of all small businesses have closed permanently.

Shocker of shockers, the internment camp into which Americans’ homes, towns, and states have been transformed in the name of “Flattening the Curve!” and “Saving lives!” proved itself a most unfriendly environment for business.

Unsurprisingly, this rapid, astronomical rise in unemployment brought about by The Internment of 2020 has correlated with similarly astronomical rises in rates of other social ills: domestic violence, specifically the physical mistreatment of women and children; drug and alcohol abuse; and suicide.

Accordingly, the Internment has led to a “mental health crisis,” as anxiety, depression, and despondency have also spread and deepened.

Many people who otherwise would’ve lived have died prematurely because their surgeries, along with millions of surgeries, therapies, organ transplants, and cancer screenings were postponed indefinitely so that hospitals could make room for a massive influx of COVID patients that never came.

All of those “little platoons,” as Edmund Burked described those associations, those various communities to which we belong and that, constituting as they do our very identities as the unique persons that we are, invest our lives with meaning and purpose, have been ruptured. In some cases, it’s quite possible that they have been permanently undermined, as neighbor has turned against neighbor and relative has turned on relative for failing to observe “Social Distancing” protocols. Family members who may live no more than a matter of minutes from one another have gone all of these months without physical contact and, most tragic—most criminal—of all, the oldest, frailest, and sickest among us have been made to spend their remaining days alienated from their loved ones.

Burke also said, “The only thing necessary for evil to triumph is for good men to do nothing.”

It is not just cynical and opportunistic politicians and media figures who are responsible for all of this suffering. It is as well those millions who contributed to the hysteria by endorsing it that must shoulder some responsibility for the evisceration of people’s lives. As is undoubtedly the case for most of the True Believers (i.e. those to whom I have referred as “Corona Walkers”), that genuine fear of contracting the Virus motivates them to “mask-shame” and the like may suffice to mitigate their culpability, but only to an extent. There is a simple, straightforward, and readily demonstrable reason for this.

First, their fear is irrational. They should no more fear, to the paralyzing degree to which they do in fact fear it, contracting this virus than they should fear contracting any virus, or getting into a car accident on the way to work.

Yet the irrationality of their fear in this instance is not a sufficient condition for hanging around their necks the immeasurable harm to have been visited upon their fellow Americans via The Internment. Everyone, yours truly included, has irrational fears with which to contend. The possession of, even the possession by, irrational fear need not necessarily reflect poorly upon a person’s moral character.

No, what implicates the Masqueraders, we may call them, is that they are willing to impose upon others the costs, the cataclysmic costs mentioned above, of shouldering the Masqueraders’ irrational fears.

Consider the following summary of all of the relevant research to date that’s been conducted by distinguished immunologists, virologists, epidemiologists, and other medical specialists from around the world:

(1) As Big Media continues to keep the scare going by reporting upon alleged increases in COVID cases, given the partisan prejudices of the vast majority of “journalists,” it is unsurprising that it fails to note that these alleged increases are accompanied by a diminishing mortality rate.

The Centers for Disease Control and Prevention (CDC) itself just last week estimated that the actual rate of infection in America is anywhere between six to 24 times the number of confirmed cases. Covidtracking.com informs us that, at present, there are 4.1 million confirmed cases in the United States and 137,655 COVID deaths.

Therefore, by the CDC’s own reckoning, there are anywhere between approximately 24 million and 98 million COVID cases.

At the very most, the overall lethality rate (IFR) of the Virus is .1%.

One-tenth of one percent.

The lethality rate of the Virus is that of the seasonal flu.

Yet, because of this, America, along with other countries, has indefinitely shut down.

Even in COVID “hotspots,” the risk of death for those members of the general population who are of school and working ages is the same as that of a daily commute to one’s work.

(2) As for the allegedly “alarming increase in case numbers” of COVID over which Big Media hasn’t been able to stop fear mongering as of late, it wouldn’t take much for a mildly curious person to see what’s actually going on.

It is wholly unsurprising that those states that began reopening first are those that are witnessing rising case numbers, for given that its residents were returning to work and school, more testing for COVID has been taking place.

And this means that, in absolute terms, more people have been testing positive for COVID.

However, this doesn’t mean anything at all like what the Fake News media is trying to convince Americans it means.

For starters, a positive test doesn’t necessarily mean that the person who so tested is sick or even infected. A test can come back positive due to non-infectious viral fragments, asymptomatic infection, a repeated test, or a false-positive test (for there has always been a high rate of false positives for the PCR test).

The rate of positive testing has remained stable.

Beyond this, given that antibody and immunological testing has shown that the Virus is as much as 50 times more widespread than PCR testing would lead us to believe, “case numbers” is a wildly inaccurate benchmark for determining whether or not we are in a public health crisis. To accomplish the latter, it is to the numbers of those who are ill, hospitalized, and dying that we need to turn.

And when we turn to these criteria what we discover is that more people are not getting sick, hospitals and Intensive Care Units are functioning as they were in the pre-COVID era, and fewer people are dying.

(3) As much as 80%, or four out of five, of all people who test positive for COVID have zero symptoms. Even those most at risk, the elderly, when they are between the ages of 70 and 79, are asymptomatic about 60% of the time!

A whopping 95% of all who test positive for this second iteration of the Black Plague develop, at the most, mild symptoms.

(4) The average age of those who seem to have died from COVID is about 80, and even of these, some 96% had multiple preexisting conditions.

In other words, given their age and health, the mortality rate from this virus is essentially that of other viruses and infections.

(5) It is estimated that perhaps as many as three out of every five people (60%) have developed a cellular background immunity to this coronavirus by virtue of having been exposed in the past to other corona, or common cold, viruses.

The belief that no one had any immunity to COVID-19 because of its novelty has since been disproven.

(6) The official number of Virus deaths that Big Media trumpets is surely, wildly, inaccurate. Hospitals administrators, which stand to gain financially from identifying patients as COVID patients, have ordered doctors to list as death from COVID any and all who it is believed may have died with COVID.

The CDC prescribes doctors to list as COVID deaths even those of their patients who died without being tested at all but who doctors “presume” may have had the Virus.

This is no small thing. It’s quite possible that at least three times as many people who have actually died from the Virus died with it. Yet they are all lumped together into the official numbers. This means that while the official number of Americans, say, to have died from the Virus is about 140,000 or so, the real number may only be as high as one-third that. And even that may be a stretch.

There are still many more lies concerning the Virus Scare that we could expose.

My objective here, though, is to prove that neither intellectually nor morally do the Corona Walkers, the militant Social Distancers and Masqueraders, have the high ground over those of us who saw through this political power grab and mass hysteria, disinformation campaign for what it was from the start:

They have insisted upon indulging their transparently irrational fears at the cost, via the Internment that they have enthusiastically endorsed, of harming countless millions of people, not just in America, but, through the disruption of the global supply chain within which America plays among the most indispensable of roles, around the world.

Remember all of this the next time a Corona Walker tries shaming you for not wearing a mask or standing less than six feet to the person next to you.

Or, if you’re in a hurry, mention that you just returned from a Black Lives Matter “protest.” As far as I can determine, and not coincidentally, the Social Distancing and mask fanatics don’t act in the least bothered by the fact that thousands upon thousands of human beings have huddled together in thousands of cities during the midst of “the Pandemic” in order to attack America, police, and “systemic racism.”

But that’s for another essay.

Rep. Omar: Biden Will Turn Left After Election By Daniel Greenfield Nice of her to…