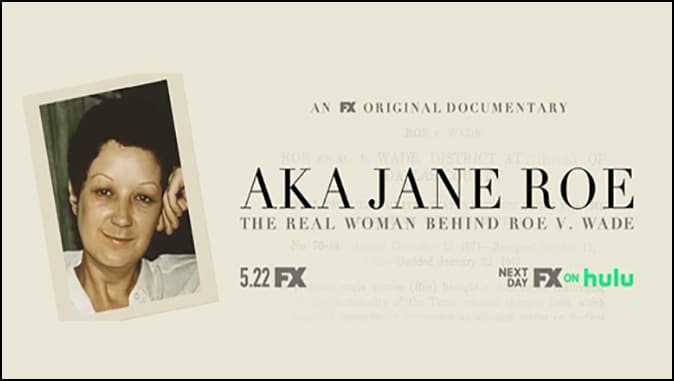 A controversial documentary airs Friday May 22 on FX titled “AKA Jane Roe” in which Norma McCorvey—the “Jane Roe” from the infamous Supreme Court case Roe v. Wade—makes a shocking deathbed confession. According to The Daily Beast, in the documentary the troubled McCorvey who died in 2017, “admits that her later turn to the anti-abortion camp as a born-again Christian was ‘all an act.’” The leftist Daily Beast reports other documentary highlights that are sending thrills up the legs of human slaughter advocates everywhere, including the claim that McCorvey was paid by pro-life leaders to be a quisling to her true anti-life beliefs and was coached by them. But can McCorvey be believed? And what does her past involvement with anti-life leftists reveal about both her and them? Most important, how is her confession relevant to the pro-life movement?

A 2013 profile of the deeply wounded McCorvey in Vanity Fair outlines a few of the huge lies McCorvey told over the course of her troubled life. McCorvey was—to borrow a literary term—an unstable narrator. Put more bluntly, she was an inveterate liar.

According to Vanity Fair, many of McCorvey’s claims have been either disputed or been proven false. Her claims include the following:

– She claimed her mother Mary took custody of Norma’s first child because she was a lesbian. Her mother said it was because of Norma’s drinking and drug use (“pot, acid, mescaline”).

– She claimed her third pregnancy was the result of rape. McCorvey later admitted that was a lie.

– She claimed she didn’t identify herself as “Jane Roe” or speak about the case for 11 years, when she actually identified herself 4 days after the U.S. Supreme Court decision.

– She claimed she and her lesbian lover Connie Gonzalez were shot at in their home. Gonzalez and a friend dispute that claim.

What is indisputable is that her father abandoned the family leaving Norma and her mentally ill brother to be raised by her violent, alcoholic, promiscuous mother Mary. Norma spent several years in state correctional institutions; was allegedly raped repeatedly by her mother’s cousin; married an abusive man when she was a teenager; engaged in promiscuous hetero and homo sex; was a long-time abuser of alcohol and drugs; and had three children, none of whom did she raise.

According to multiple reports, when she became pregnant the third time, she was encouraged by friends to say she was raped in order to secure a legal abortion. That plan failed, and she later confessed that her rape claim was a lie. After her rape scheme failed, she was referred to two women attorneys, Sarah Weddington and lesbian Linda Coffee, who were seeking pregnant clients to represent in their pursuit of the legalization of abortion. In other words, they exploited Norma McCorvey, and the toxic result was Roe v. Wade, which legalized human slaughter throughout the United States.

[by 1980] Abortion was fast becoming the surest test of political affiliation. And so as to galvanize those who supported it, the pro-choice turned to McCorvey. At the time, McCorvey was game; she and her partner, Connie Gonzalez, were tired of cleaning homes.

By 1989, McCorvey’s pro-choice activism was really taking off:

McCorvey flew to Washington to march in support of abortion rights. There she met the feminist lawyer Gloria Allred. … Accompanied by Allred, McCorvey flew to Los Angeles for a brunch at the restaurant Baci with a roomful of pro-choice activists … who paid $100 a plate to attend. In L.A., Allred also arranged for McCorvey to get lessons in public speaking. Among McCorvey’s documents is a card from the Los Angeles firm Ready for Media with a typed list of pointers. … Reportedly, the brunch at Baci was a benefit for the Jane Roe Foundation. But the foundation received no money. Rather, Allred told a reporter for the Los Angeles Herald Examiner later that year, the funds had gone directly to McCorvey.

A brief digression to talk about “coaching” and financial support: Experts often coach ordinary people prior to public-speaking, especially when ordinary people are thrust into the spotlight that shines on controversial issues. Such coaching is not necessarily nefarious. It isn’t an ethical breach for either those on the right or those on the left to tutor those inexperienced in dealing with the press or other public speaking contexts. Nor is it an ethical breach to offer financial support, remuneration, or honoraria to speakers. It would be an ethical breach to pay someone to speak lies.

Daily Beast cites a quote from the McCorvey documentary that reflects a recurring theme in her life:

I took their money and they took me out in front of the cameras and told me what to say. I’m a good actress…

Perhaps realizing that such an admission of her inveterate lying might lead people to doubt this, her deathbed confession, she hastily added, “Of course, I’m not acting now.”

Vanity Fair included a telling quote about McCorvey from advertising executive Gus Clemens with whom McCorvey had concocted a money-making scheme in 1988 that exploited her role in Roe v. Wade and never came to fruition—a quote that reaffirms the recurring theme of manipulation that shaped her sad life :

The Economist reported that pro-abortion elitists had little tolerance for McCorvey, who was more like the deplorables “progressives” disdain:

She was too simple for the pro-choice people, who seemed to shun her at their rallies and sent a strong hint that she was totally stupid, though she had brains and ideas. She wasn’t their special chosen Jane Roe, and they didn’t want Norma McCorvey.

According to Vanity Fair, in the spring of 1995, McCorvey was working in a Dallas abortuary when the pro-life activist group Operation Rescue headed at that time by Flip Benham moved into the building next door:

Right away—“instantly,” Benham recalls—McCorvey “would come over and ask us to pray for her … She began to see me as someone who could help her work things out.” The two began talking about their pasts and then about the Bible. Before long, says Benham, they were calling one another “Flipper” and “Miss Norma.” In July, McCorvey accepted Jesus as her savior.

In 2017 just after McCorvey died, The Washington Post shared this account from McCorvey on her initial meeting with Benham:

She recalled the weekend after Benham moved in. Saturdays were always big protest days, she wrote, and McCorvey was dreading the first one with Operation Rescue next door. As McCorvey stood outside smoking, she wrote, Benham sat down beside her. He apologized for calling her names: “I saw my words drop into your heart, and I know they hurt you deeply.” McCorvey was taken aback. She excused herself, went inside and cried, she wrote.

Whether McCorvey first approached Benham or Benham first approached her seems irrelevant. What both recollections have in common is that these early encounters were welcome and shaped by faith and good will. Neither party viewed Benham’s actions as exploitative. While many leftists view evangelism as inherently exploitative, Christians view evangelism as both an act of obedience to God and an offer of the greatest gift they possess: salvation.

Another major character in the story AKA Jane Roe that director Nick Sweeney tells is Reverend Rob Schenck, formerly a pro-life activist who worked with McCorvey and has now renounced his prior beliefs, claiming that overturning Roe v. Wade “would be destructive of life.” Schenck actually wrote in a New York Times opinion piece that protecting humans in the womb from being destroyed is “destructive of life.”

Schenck argues that allowing humans to be snuffed out prior to birth “if that child will enter a world of rejection, deprivation and insecurity, to say nothing of the fear, anxiety and danger that comes with poverty, crime and a lack of educational and employment opportunities” is dictated by Christian faith. Schenck argues that until the problems of rejection, deprivation, insecurity, fear, anxiety, danger, poverty, crime, poor schools, and unemployment are solved, all those who oppose abortion are “perpetrators of fake religion” and “fools.”

Schenk shares on his blog that what now animates him is his antipathy for President Trump and the “Faustian pact” pro-life supporters have allegedly made with him. Schenck calls them “giddy sell-outs” to Trump who is advancing his “cruel agenda that includes separating families at the southern border, deporting people who have only known the USA as their home, cutting back social programs for the poor, and, now, interrogating pregnant women seeking tourist visas.”

The omniscient Schenck, who knows the motives of Trump, continues:

Mr. Trump is [sic] used the March for Life for his own ends. The pro-life leaders who ceded the stage to him did a supreme disservice to the people for whom that stage was built. If life really is sacred, then everything around it should be kept sacrosanct.

Remember, all of you who work tirelessly to defend the defenseless from slaughter: NEVER WORK WITH IMPERFECT PEOPLE!

For those unfamiliar with the director Sweeney, his body of work includes a documentary about sex robots and another about weird adult men who don full women’s body suits complete with breasts and women’s nether regions, women’s clothes, and masks of women’s faces. Sweeeney has also made fawning documentaries about “trans” cultism, including one about children who wish they were the sex they aren’t. Apparently working with the creepy Sweeney to undermine efforts to protect the unborn doesn’t pose a moral problem for the sanctimonious Schenck.

An article in GQ magazine about Sweeney’s documentary featuring the unreliable Norma McCorvey is titled “The Anti-Abortion Movement Was Always Built on Lies.” The anti-abortion movement was not built on Norma McCorvey. And the lies that propelled the anti-abortion movement were the lies told by human slaughter advocates, including that the humans growing in women’s wombs are just “blobs of tissue”; that when a woman has an abortion, there is only one body involved; and that incomplete development, bodily defects, crimes of fathers, desires of mothers, and poverty grant to adults the right to order the killing of their offspring.

The troubled McCorvey’s “confession” is an interesting factoid that may or may not be true. What is certain about her confession is that it is wholly irrelevant to the question of the moral status of slaughtering humans in the womb. This documentary is irrelevant noise that the left hopes will divert attention via a guilt by association fallacy away from the central arguments regarding the nature and rights of preborn, living humans.