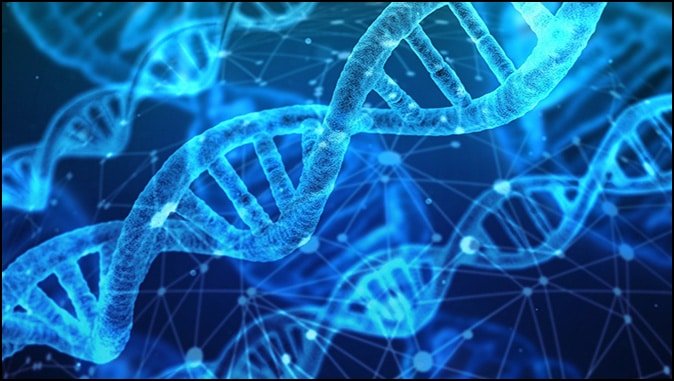 Americans have a very favorable opinion of federal health officials that provides some leaders an undeserved, unhealthy, and almost unlimited shield from accountability. Few want to hold their feet to the fire since they are so dedicated, so important and so educated and, of course, so unselfish.

Intellectually speaking, that is hogwash, balderdash, and a generous portion of baloney.

This, and other columns, will hold officials’ feet to the fire at the CDC, NIH, NIAID, and the WHO since taxpayers fund most of their nonsense.

The WHO initially recommended that people with the Chinese coronavirus symptoms avoid ibuprofen (Advil, Motrin, and others) but has since reversed that advice, and health experts now generally say most coronavirus patients can use either acetaminophen or ibuprofen to treat fevers. Experts should be slow to speak authoritatively.

President Trump should deny any funds to that corrupt world organization, including its pappy, the United Nations.

Since there is no endless supply of funds, the U.S. should be more cautious in dispensing our tax dollars around the world and across the fruited plain.

Why is much more money going to fund AIDS research each year when that virus kills fewer Americans than diabetes, Alzheimer’s, etc.? In 2017, for example, 5,698 people died of AIDS. But 55,000 died of the flu. Could it be that people with other diseases need an aggressive lobby in Washington, maybe like the homosexual lobby, to promote their cause? This inequity is even more indefensible when you realize the most AIDS carriers contracted that disease through willful, wild, even wicked behavior such as perverted sex, fornication, prostitution, and/or illegal drug use?

The CDC is the largest buyer of vaccines ($4 billion each year) yet oversees the safety of those products! Conflict of interest there? Moreover, the CDC holds 56 vaccine patents. Dr. Brian Hooker, Robert Kennedy, Jr., and others assert the CDC is “a vaccine company.” A corrupt vaccine company.

Of that, there is no doubt as proven by a senior CDC scientist who confessed, “We scheduled meeting to destroy vaccine-autism study documents.” What! No way, because the vaccine-autism connection is no longer an issue since Dr. Andrew Wakefield, who promoted that possibility in an infamous 1998 Lancet article, was crucified, then drawn and quartered, and his ashes burned outside the office of Lancet decades ago by objective, fair-minded fellow-doctors! Or something like that.

But, it seems the vaccine-autism connection has not been resolved. After getting mandated vaccinations, many normal children had their lives completely altered, even destroyed within the following days. Post-vaccination, they never speak, or make eye contact, run in circles, play with a piece of cardboard, and spend their days lining up objects on the floor. But the myth goes on and on.

During a CDC vaccine-autism study in 2004, it seems deception was committed, as revealed when a current CDC senior research scientist Dr. William Thompson publicly admitted fraud in 2014. Dr. Thompson confessed that he, and his coauthors, committed research fraud during that study! He admitted in phone calls with Dr. Brian Hooker that the CDC was “throwing evidence into the garbage.” (Hooker’s son had received the shot years earlier and displayed symptoms of autism in a few days.)

The alleged fraud was that there was an increased risk for autism when the MMR vaccine was given to black males before 36 months of age, and the CDC scientists tried to cover-up that possibility. Thompson was referring to a study published in the Journal of Pediatrics in 2004 when he said, “I believe we intentionally withheld controversial findings from the final draft of the Pediatrics paper.”

Dr. Thompson says the study co-authors “scheduled a meeting to destroy documents related to the study. The remaining four co-authors all met and brought a big garbage can into the meeting room, and reviewed and went through all the hardcopy documents that we had thought we should discard, and put them into a huge garbage can.”

Surely, this public confession was all that was necessary to initiate an uproar in America with a demand for a major congressional investigation. No, not even a whimper except Florida Congressman Bill Posey. Posey, by the way, is not anti-vaccine but very pro-vaccine, but in this day, anyone who is even willing to talk about the subject is projected by the radical leftwing media as being a rightwing fanatic anti-vaxxer. That way, no one expects them to be objective or even deal with the issue fairly.

Snopes, that paragon on virtue and defender of the un-American way, assured everyone that the main point was not about corruption at the CDC but whether collected data actually proves that the MMR vaccine produces “a 340% increased risk of autism in African-American boys?” As usual, Snopes was wrong.

That is the issue—pervasive corruption.

We will continue to discuss, dissect, and debate the vaccine-autism connection until there are no more questions about it. Still, the issue is about corruption at the organization, funded by taxpayers. Now, these board-certified scientists have so much power over our lives that they can effectively shut down America even though their knowledge of the economy, effects of lockdowns, and the societal impact would fit into the navel of a flea.

Three of the other study authors—Frank DeStefano, Marshalyn Yeargin-Allsopp, and Coleen Boyle—are still with the CDC, and Tanya Bhasin has moved on. Why didn’t heads roll into a basket when such untruthfulness, unlawfulness, and unprofessionalism happened at a federal agency? Why aren’t all these CDC scientists sweeping the floors on the night shift?

There is systemic corruption in our federal health system.

But it got worse. The confusion and corruption morphed into a conspiracy.

A group of at least a dozen concerned, committed, and courageous CDC scientists calling themselves SPIDER (Scientists Preserving Integrity, Diligence and Ethics in Research) admitted that a criminal conspiracy exists at the CDC. Their August 29, 2016, astounding statement says, “We are a group of scientists at CDC that are very concerned about the current state of ethics at our agency. It appears that our mission is being influenced and shaped by outside parties and rogue interests. It seems that our mission and Congressional intent for our agency is being circumvented by some of our leaders.”

Wow, insurrection is in the air. Leaders must beware.

The CDC scientists continued, “What concerns us most is that it is becoming the norm and not the rare exception. Some senior management officials at CDC are clearly aware and even condone these behaviors. Others see it and turn the other way. Some staff are intimidated and pressed to do things they know are not right. We have representatives from across the agency that witness this unacceptable behavior. It occurs at all levels and in all of our respective units…We are asking that you do your part to help clean up this house!”

These CDC scientists corroborate the explosive findings in the documentary film Vaxxed as they continually drive the point home with various statements throughout their public statement as follows. “Staff are intimidated and pressed to do things they know are not right…Data were clearly manipulated in irregular ways…this ‘climate of disregard’ puts many of us in difficult positions…We are often directed to do things we know are not right….The lack of respect for science and scientists that support CDC’s legacy is astonishing.”

The SPIDER scientists were critical concerning the lack of overview of the CDC’s willful corruption and fraud involving the Wise Woman Program. “There was a coordinated effort by that Center to ‘bury’ the fact that screening numbers for the WW program were misrepresented in documents sent to Congress; screening numbers for 2014 and 2015 did not meet expectations despite a multimillion dollar investment; and definitions were changed and data ‘cooked’ to make the results look better than they were.”

It seems the CDC does not stand by its pledge “To base all public health decisions on the highest quality scientific data, openly and objectively derived.”

According to the twelve clearly discouraged, dissatisfied, and disgruntled SPIDER scientists, the CDC kept the issues and research fraud in-house to protect the CDC while describing how the incident was handled.

Meanwhile, the British Medical Journal (BMJ) pointed out that the fox was appointed to guard the chicken house. It appears that some pharmaceutical companies involved in the production and marketing of antiviral drugs provided funding to the CDC Foundation to support qualitative research into influenza prevention and treatment messaging. So, the makers of vaccines and drugs sent truckloads of dollars to the CDC, who was to make the final decision as to approval or disapproval of those drugs!

The BMJ reported that although the CDC employed “the rhetoric of science, the studies underlying the policy are often of low quality, and do not substantiate officials’ claims. The [flu] vaccine might be less beneficial and less safe than has been claimed, and the threat of influenza appears overstated.”

Their assessment seems to be that the CDC has been overselling an under-effective product to make a boatload of bucks. Some would say it could be classified as a form of prostitution.

It looks like all the farmers of the world have been wrong: the fox and chickens can live together in harmony.

I think it’s time to kill some foxes, but that is only another mild opinion of someone who really likes chicken.

(Dr. Don Boys is a former member of the Indiana House of Representatives who ran a large Christian school in Indianapolis and wrote columns for USA Today for 8 years. Boys authored 18 books, the most recent Muslim Invasion: The Fuse is Burning! eBook is available here with the printed edition (and other titles) at www.cstnews.com. Follow him on Facebook at Don Boys, Ph.D., and visit his blog. Send a request to [email protected] for a free subscription to his articles, and click here to support his work with a donation.)

Facts, Feeling and Fearmongering: The State of Climate Change

Not the Deep State, the Deep Industry

Not the Deep State, the Deep Industry Why Beltway government workers are at the center…

Declassified Info Reveals Russia Hoax Was Based on Russian Disinformation