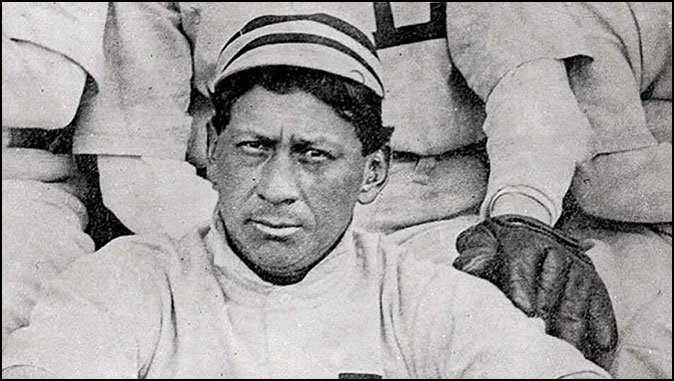 Cleveland’s Baseball Team Dishonors the Indian It Was Named For
One of the most idiotic of the Left’s assumptions is that sports team nicknames are intended to insult and demean.
By Robert Spencer

Many, many years ago, long before any of you who are reading this were born, and long, long before Major League Baseball went woke, pulled the All-Star Game out of Atlanta for not toeing the Left’s line, and made race-baiting Communist agitprop a permanent feature of its website, I learned about a man named Louis Sockalexis. Sockalexis, a great baseball name if there ever was one (later announcers would have loved to report about how he “socked” one into the stands), is largely forgotten today, although he has made a few headlines in the last few days because the Cleveland Indians, a team that bore that name in his honor, has now dishonored him by changing its nickname, so as not to insult Indians. Yes, friends, it’s a topsy-turvy world, and it isn’t getting any saner.

Have you heard of Louis Sockalexis? Some of our great-grandfathers marveled at his feats. He was a Penobscot Indian from Maine who became a major league player in 1897, hitting .338 in 66 games for the old National League Cleveland Spiders. He generated a great deal of fan enthusiasm, but indifferent to or unable to overcome stereotypes, he succumbed to alcoholism and had washed out of the major leagues by 1899. The Spiders amassed the eye-watering record of twenty wins and 134 losses that year, and went out of business right after the season’s end, opening up an opportunity in 1901 for the new American League. It was not until 1915, however, that Cleveland’s American League team began calling itself the Indians in honor of Sockalexis. He hadn’t played in the major leagues in a decade and a half, but was newly recalled to fans when he died an untimely death from tuberculosis in 1913. The Society for American Baseball Research notes that in January 1915, Cleveland team owner Charles Somers, “perhaps recalling the all-too-brief period of excitement that Louis Sockalexis had brought to Cleveland in 1897, dubbed his team the Indians.”

And so Indians they were for 106 years, but when the 2022 season starts (if major league baseball hasn’t succumbed entirely to wokeness by then and decided to dispense with actually playing the games and instead award wins and losses on the number of players of color minus the number of Trump supporters), the Cleveland baseball team will be calling itself the “Guardians,” after a couple of statues on a nearby highway bridge. The statues are known as the Guardians of Traffic. If Cleveland’s baseball solons were so determined to rename the team after traffic markers, given their abject capitulation to wokeness, they should have gone with the Cleveland Yield Signs.

In any case, so much for Louis Sockalexis: he goes the way of Uncle Ben, Aunt Jemima, and any and all non-white mascots and trademarks. But it is just another manifestation of our Age of Absurdity that anyone would think that team nicknames were designed to demean and insult, instead of honor, the person or thing from which the name is derived. Does Cleveland’s baseball team hate Cleveland’s Guardians of Traffic that have now replaced Sockalexis? Of course not. And the idea that they do is just as absurd as the claim that the old name degraded Native Americans.

Yet the claim is, of course, commonplace. Crystal Echo Hawk, executive director of a group called IllumiNative, which claims to be dedicated to fighting misrepresentations of Native Americans, hailed the name change: “It is a major step toward righting the wrongs committed against Native peoples and is one step toward justice.”

Can all this get any more absurd? Now the “Cleveland Indians” name was a major wrong and injustice against Native Americans? It’s too bad Louis Sockalexis isn’t around to take Crystal Echo Hawk aside and gently discuss her First-World Problems with her. But he isn’t, and now it is abundantly established and taken for granted on the Left that to have a sports team named after you is the ultimate insult. Chicago Bears, Detroit Lions, Houston Texans take note: apparently your nicknames mean you hate bears, lions, and residents of the Lone Star State. Get on that, and fast. The only acceptable nicknames now are those derived from groups that our woke masters have decided are perfectly all right to hate: the Cleveland Trumpers. The New York America-Firsters. The San Francisco Cis-Het White Males. And so on. After all, if we’re going to be so insulting as to name a team after a group, then let’s go for the worst insults of all.