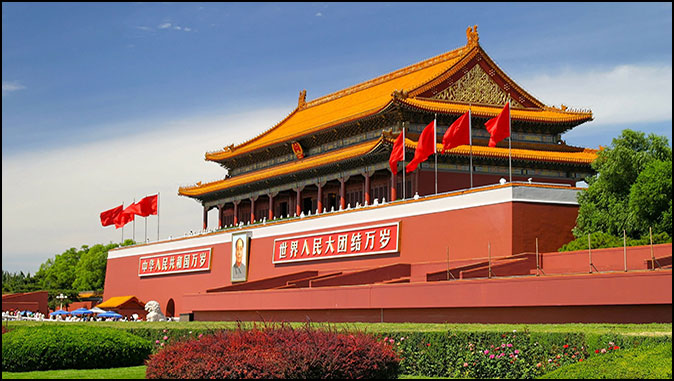 China’s Turning Point
A major catastrophe on the horizon?
By Michael Ledeen

China appears to be on the brink.

The communist regime is threatening our ally, Taiwan — one of several Asian countries seeking closer ties with the United States while China’s domestic turmoil grows.

In a recent column in China’s state-sponsored Global Times, editor-in-chief Hu Xijin warned, “As the secessionist forces’ arrogance continues to swell, the historical turning point is getting closer.”

“The only way forward is for the mainland to fully prepare itself for war and to give Taiwan secessionist forces a decisive punishment at any time,” he wrote.

Taiwan’s opposition party has been seeking closer cooperation with the United States. But, Hu wrote: “The more trouble Taiwan creates, the sooner the mainland will decide to teach Taiwan independence forces a hard lesson.”

China has been angered by the ongoing tour of Asia by Secretary of State Mike Pompeo, who is seeking support for U.S. efforts to contain China. Recently, the Taiwanese Kuomintang Party, or KMT, renewed its effort for the government to reestablish diplomatic ties with the U.S.

The Chinese are short on food, and face considerable flooding. If one or another dam overflows, major catastrophe could ensue.

Even without such a huge disaster, China faces a grim future. Chin Jin, one of the leaders of the opposition to the ruling Communist Party reminds his followers of the country’s unpleasant past:

The future of China has three prospects:

Prospect 1: The Chinese Communist Party (CCP) will insist on continuing its rule, despite the inevitability of decline.

Prospect 2: The CCP sees increasing difficulties with ruling China due to intra-party tussles, and political purges within the ruling clique, that may force it to accept various internal and external pressures to make structural change. This would also threaten the CCP regime. Chinese leader Xi Jinping however has already explicitly ruled out any meaningful political reform.

I believe this is the most likely.

Chin Jin thinks the past is a reliable guide to the future, and hence that our current and future actions should be based on a correct evaluation of our past. He’s an activist, and he thinks that Chinese history provides a reliable guide to its future. He believes that the current model for China—a huge state held together by a rigid ideology and a tough-minded bureaucracy—can not only last for a long time, but endure throughout a period of severe internal and external challenge.

President Trump does not believe that. He believes that American history shows that Americans are able to change course very quickly, and that the Chinese are locked into failed past models. Is he right?