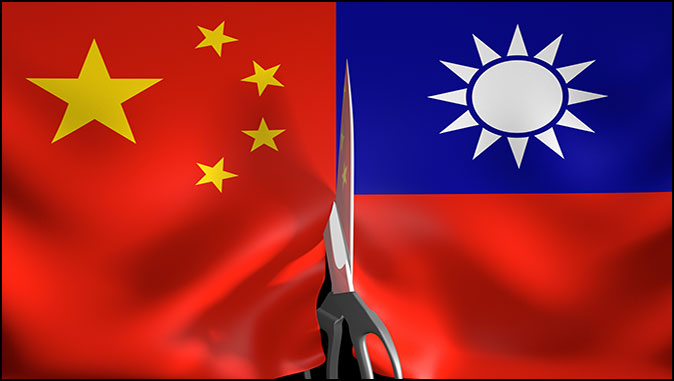 This October, the People’s Republic of China (PRC) convened, via video link, the first foreign ministerial conference with nearly 20 Pacific Island states. On December 3, the Chinese quickly followed up this initiative by establishing “The China-Pacific Island Countries Reserve of Emergency Supplies.”

China’s diplomatic offensive in the South Pacific suggests yet another effort to replace the US as the world’s primary superpower and install its authoritarian values instead.

All of the Pacific Island nations invited to the foreign ministerial conference had already embraced Beijing’s “One China Policy.” Some of these states once had diplomatic links with Taiwan but were seemingly wooed away by Beijing’s offer of financial loans, investment, and corrupt practices. These at times included direct interference in these islands’ domestic political affairs, threatening the efficacy of their governmental institutions. While the PRC has not yet established a formal pro-China organization to rival the pro-Western Pacific Island Forum (PIF) initiated in 1971, the PRC’s challenge is clear. The Chinese Communist Party (CCP) is accelerating its campaign to isolate Taiwan from the existing international order by offering bribes in some of these poor islands to leadership figures to break with Taipei. Presently, only 15 nations have formal diplomatic relations with Taiwan, and four of them are in the South Pacific: the Marshall Islands, Nauru, Palau, and Tuvalu.

While the Pacific island territories are small and the combined population of these states approximates a mere 2.3 million, the territorial area of these states encompasses about 15% of the globe’s surface. China’s incentives to increase its influence in this region appear both strategic and economic. The South Pacific contains some of the world’s best endowed fishing regions. The Chinese fishing fleet is the world’s largest. China captures about 20% of the world’s catch and consumes about 40% of its seafood.

CCP strategists would welcome any Pacific island agreement to permit a Chinese military base or offer of a dual-use port facility for China’s growing navy. If Chinese warships could gain greater access to island state port facilities, China’s naval assets might be able to interrupt free passage of US naval vessels to logistically supply its allies in the Pacific Ocean during a crisis. China could possibly be in a position to interfere with major commercial sea lanes in the Pacific. Militarily, Chinese People’s Liberation Air and Naval forces (PLA) could leapfrog over the first and second so-called “string of pearls,” coastal island chains in the South China Sea and the Indian Ocean. Achieving this, China could challenge any effort by Free World allies to restrict Chinese egress of its warships to the open ocean. Chinese expansionism in the Pacific, left unchecked, could spell doom for any US effort to establish a defense perimeter of QUAD nations (India, Japan, Australia, and the United States) against the PRC in the Pacific Ocean.

World attention was drawn to this region in early November when several days of riotous burning which consumed sections of the capital city of Honiara on the island of Guadalcanal in the Solomon Islands. There are several causes of the unrest, including decades-old ethnic tensions among the Melanesian, Polynesian, Micronesian and Chinese citizenry. Another is the existence of bitter political partisanship within the archipelago state. This internal rivalry is personified by the government of Prime Minister Manasseh Sogavare from the island of Guadalcanal and his chief opponent Daniel Suidan, from the Island of Malaita. Sogavare survived a no-confidence vote, earlier this month following the riots.

The immediate cause of the recent disturbances is the perception among many Solomon Islands natives of the corrupt influence of huge sums of money dispensed by Communist China, which has accounted for massive interference in the domestic politics of the Solomons. Suidan claims that PRC agents in 2019 offered PM Sogavare a $100 million loan to switch allegiance from Taiwan, with which the Solomons had diplomatic ties for 36 years, to Communist China. Suidan also alleges that Mainland operatives have provided computers and cars to other lesser politicians. The anger of the protesters focused on Honiara’s Chinatown, where many buildings were gutted by incendiaries. Sogavare’s opening to Beijing led to an influx of Chinese nationals, who were accused by islanders of being arrogant and for taking jobs from the natives. Troops and security personnel from several nations have pledged to help restore order in the Solomons. Regional countries Australia, New Zealand, Papua New Guinea, and Fiji have dispatched troops and security personnel to the Solomons, imposing a curfew to prevent additional rioting.

Kiribati is another Pacific Island state that severed relations with Taiwan in 2019. Current President Taneti Maamau was elected in the 2018 national elections on a pro-China platform. The Chinese have promised to refurbish the Canton Island Airstrip which served as an allied heavy bomber base against Japan in WWII. The Communist Chinese incursion will complicate US missile and space tracking operations on the island.

In Fiji, the Communist China displayed its contempt for conventional diplomatic behavior by crashing a celebration by the host country honoring Taiwan’s 109th National Day on October 8, 2020. Chinese diplomats started a melee that resulted in the hospitalization of an injured Taiwanese trade representative. Although Fiji recognizes Beijing’s “One China Policy” and has formal diplomatic ties with the PRC, those concessions did not prevent Beijing’s diplomats from this aggressive behavior.

Aggressive comportment by China’s diplomats, demonstrating their contempt for Pacific island state sovereignty, was also in evidence in Papua New Guinea‘s (PNG) hosting of the Asia Pacific Economic Cooperation (APEC) summit in November 2018. The Chinese delegation demanded a private audience with PNG’s Foreign Minister. When the delegation was instructed that this would violent APEC regulations on transparency, the Chinese diplomats attempted to break into the office of the PNG Foreign Minister.

China’s bullying tactics against Pacific island state sovereignty extends to the maritime dimension, as well. Palau, which is an archipelago state of about 340 coral islands and atolls, is the last member of “US Trusteeship Territories” in the Pacific Ocean that became independent, in 1994. Palau entered into a “Compact of Free Association” with the US, which stipulates that America is responsible for the country’s defense until 2044. Despite this proviso, Chinese fishing vessels entered illegally into Palau’s maritime economic zone, prompting Palau’s Coast Guard to seize two boats last December. Palau, which still maintains links with Taiwan, has rejected China’s offer of financing for a giant fish processing plant on its territory.

Vanuatu, which has had relations with China since 1982, also underwent a Chinese fishing violation of its maritime economic zone. Two boats, the Dong Gong 13 and Dong Gong 16, were seized in an area close to Australia’s sovereign waters. The Chinese fishermen were then temporarily detained in Vanuatu’s capital of Port Vila. Rumors persist in Vanuatu that the Chinese plan to transform a remote wharf in Luganville on the island of “Espiritu Sancto” to a military base.

China even is exploiting the negative impact of climate change on low-lying islands in the South Pacific, where ocean waters are rising, allegedly due to global warming. The Chinese government offered to create artificial islands for Tuvalu. The highest point on the country’s nine islands is only 4.5 meters above sea level. Despite the appeal of this temptation, Tuvalu rejected the proposal. Tuvalu’s Prime Minister Kausea Natano instead proposed a cooperative compact with all those Pacific island states that still maintain ties to Taiwan.

Nauru, a Pacific island state with about only 12,000 people, also had the temerity and prudence to reject a Chinese proposal. China, under the rubric of Chinese President Xi Jinping’s Belt and Road Initiative, offered to improve the country’s poor communications infrastructure by offering to lay undersea communications cables. Instead, Nauru kept its ties to Taiwan and asked the Asian Development Bank and Australia to assist in developing the project.

The Marshall Islands provides the US with an opportunity to shut down yet another ongoing example of China’s accelerating effort to project its power the South Pacific. The US “Compact of Free Association” with the Marshall Islands is up for renewal in 2023. Marshall Island leaders are lobbying for an upgrade of the agreement from a resistant State Department in the form of a few billion dollars from the US to compensate islanders for health and environmental depredations as a result of nuclear waste storage there as well as for the ill effects of years of atomic testing in the region. The US also has aerospace facilities and intelligence collection nodes on the Marshall Islands. Several US Congressmen recently dispatched a letter of concern to National Security Advisor Jake Sullivan concerning the dispute; it appears that hundreds of Marshallese still have adverse health conditions attributable to the atomic blasts. Some Congressional representatives have proffered a “Blue Pacific Act,” which has bipartisan support from the House of Representatives’ first ever Pacific Islands Caucus: if enacted, the Act would protect US military, economic, and strategic interests in the entire South Pacific region.

The intensity of the Chinese Communist Party’s drive to inherit the US mantle of Pacific superiority – — acquired by the US at great sacrifice in World War II — clearly shows that Beijing’s ambitions extend beyond reuniting Taiwan with the Chinese “Motherland.”

China’s aggressive and persistent diplomatic offensive to win over the entire constellation of the South Pacific’s once pro-Western mini-states in the South Pacific suggests once more a determined desire to emerge as the dominant global in the Pacific region — supplanting the United States and its free and independent allies — along with annexing the rest of the world. The Chinese Communist Party apparently plans to accomplish this within the next 30 years, by 2049, the hundredth anniversary of the People’s Republic of China.