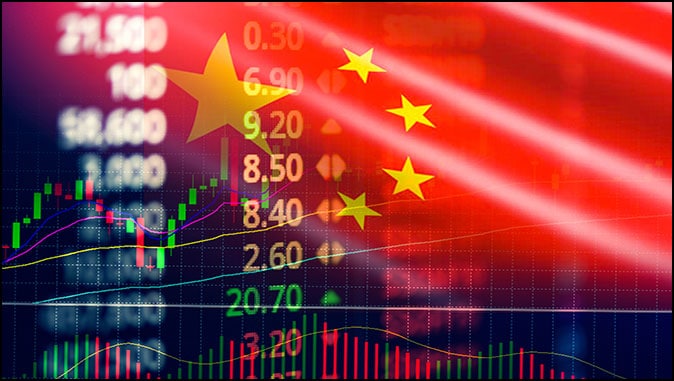 “What do investors need to understand, for those investors that are thinking maybe I want to dip my toe in investing in Chinese companies?” asked Maria Bartiromo on July 14, during her Fox Business show, “Mornings with Maria.”

The answer is that Beijing is on the road to expropriating the shares held by foreigners in China’s tech companies. The complicated financial structures these companies have used to attract foreign investment are questionable under Chinese law and give Xi Jinping, the Chinese ruler, an excuse now to begin a confiscation campaign.

Why target DiDi? For one thing, it has a “variable interest entity” structure, which tech enterprises have used to list on foreign exchanges. VIEs, as they are known, evade Chinese law, which prohibits foreign ownership of Chinese tech companies. Through a series of intricate contractual arrangements, however, these structures effectively give foreigners the economic benefits of ownership.

The prohibition on foreign ownership is why investors, in one of the most anticipated IPOs in history, did not buy stock of the company operating the Alibaba businesses in China. Instead, in 2014 they purchased shares of Alibaba Group Holding Limited, incorporated in the Cayman Islands. Alibaba Group Holding Limited tops a complicated VIE structure.

Alibaba’s VIE was dodgy. China’s Supreme People’s Court, the highest tribunal in the People’s Republic, in 2012 declared the contractual arrangements under consideration in the Chinachem case, similar in effect to VIE structures, to be illegal under China’s Contract Law.

Chinachem, a Hong Kong business, made an investment, indirectly, into China Minsheng Banking Corp. After the value of the Minsheng shares skyrocketed—Chinachem’s ownership interest increased by almost 64 times—the Chinese parties cut out Chinachem, confiscating its interests in the bank.

The Chinachem decision held that complicated schemes will not be respected if they evade the clear intent of Chinese law. China is a civil law jurisdiction, so the decision is technically not precedent, but the court’s reasoning is both sound and consistent with jurisprudence in other countries. Not surprisingly, arbitration rulings in Shanghai on VIE structures have come to the same result.

The Minsheng shareholders are not the only devious actors. Jack Ma, Alibaba co-founder and once its leader, offered a VIE structure to persuade Yahoo! to buy a significant minority position in Alibaba in 2005. In a two-stage transaction in 2009 and 2010, Ma transferred Alipay, then Alibaba’s online payment platform, to an entity in which he had a substantial ownership interest. Ma did not inform Yahoo!

When Yahoo! learned of the surreptitious transfers, Ma said that the People’s Bank of China, China’s central bank, had required him to make them in order to obtain a license. Ma, therefore, argued that Alipay could not operate its business because of the VIE arrangement he had structured.

Furthermore, Chinese officials have declared VIEs illegal in other sectors. The General Administration of Press and Publications, for instance, in the first decade of this century, even prohibited them in an industry where they had already been used in foreign offerings.

There is also the case of China Unicom. In the middle of the 1990s, the Chinese central government permitted foreign companies to buy stock in that telecom business through the China-China-Foreign structure, which, like VIEs, evaded unambiguous Chinese rules against offshore investment. Beijing later forced the unwinding of that arrangement, disadvantaging Unicom’s foreign investors.

Has the Chinese government, despite all these legal developments, now blessed VIEs by permitting offerings in offshore markets to go forward? “Almost every U.S.-listed Chinese company that foreign investors like pension funds and endowments can buy is listed through a VIE structure,” Winston Ma of New York University and author of The Digital War told the Wall Street Journal.

The argument in fact has been good enough for foreign investors, as a string of recent offerings, including DiDi Global’s, shows. Foreigners are desperate to get into China’s tech sector, and are dismissive of that country’s laws.

The mood in Beijing is changing, however. “Previous Chinese leaders had viewed it as a way for Chinese companies to gain international prestige, but the current leadership has increasingly frowned upon the model because of deepening fears of sensitive information falling into foreign hands,” the Wall Street Journal reported, referring to the VIE structure.

Therefore, it should be no surprise that China’s Cyberspace Administration is now scrutinizing companies with VIEs and Chinese regulators have recently targeted companies—and apparently only companies—with these dubious structures. LinkDoc, a Chinese company, has just scrapped an offering dependent on a VIE.

At the moment, China’s regulators are thinking of requiring advance approval of VIE deals, not unwinding them.

Is the unwinding of existing VIEs next? The Communist Party has been stirring up anti-outsider anger, already bubbling up in Chinese society. Officials, therefore, are taking a fresh look at VIE arrangements, especially because Beijing wants to keep profits generated in the China market at home.

People believe that if Beijing were to publicly declare a VIE illegal—in other words, expropriate foreign ownership—it would be like setting off a nuclear weapon, shutting off new Chinese companies from foreign equity markets. Therefore, they believe it could not happen. The last-minute cancellation of the Ant Group IPO in Hong Kong and Shanghai last November, however, shows that Xi Jinping is willing to go to great lengths to protect his system.

China’s brand of communism, many forget, is inherently hostile to the private sector in general and foreigners in particular. The so-called “reform era”—the three decades following 1978 when Chinese leaders liberalized their economy and financial system and opened it to the world—is now over, and this hopeful period is beginning to look like an aberration in the history of Chinese communism.

“There was a focus, or there was a willingness to work with the market,” Fraser Howie told CBS Eye on the World’s John Batchelor on July 12. “With the restrictions, of course, it was never an open, free market in China, but Xi Jinping has simply changed the rules of the game, and we’re no longer in the reform era. He is now much more focused on security, on ideology, on Party discipline.”

As Howie, the co-author of Red Capitalism: The Fragile Financial Foundation of China’s Extraordinary Rise, said, “The Party basically says ‘we know best, this is what matters to us, and we’re just going to go forward regardless of what the casualties are.'”

Xi Jinping believes there is already too much foreign influence in Chinese society, so he will limit to the greatest extent possible offshore ownership of China’s enterprises. As a part of this effort, he will, I think, step up a long-running campaign to harass foreign businesses and begin to force offshore investors out of his country. The questionable VIE structure gives Xi the perfect excuse to now expropriate foreign ownership of successful Chinese tech companies.

China’s ruler, foreign investors often forget, is willful and will do what he wants. “What Xi Jinping says, Xi Jinping does,” Bartiromo correctly pointed out. “And that’s what the law is.”