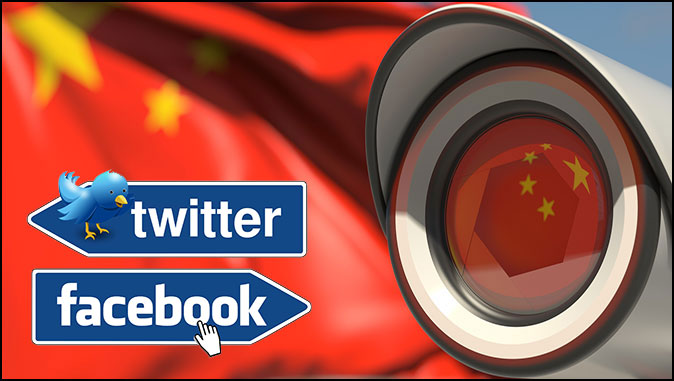 Not all that long ago the media held its post-election freakout over allegations that a conservative-linked big data company had been scraping Facebook data. This was one of the post-2016 freakouts in which the media contrived to claim that there was something illicit about the campaign online and that Big Tech had to keep conservatives off its platforms to protect democracy.

But China scraping data from Facebook doesn’t summon up much outrage even when it’s clearly doing it to weaponize it, not just to map and influence people.

“Now we can better understand the underground network of anti-China personnel,” said a Beijing-based analyst who works for a unit reporting to China’s Central Propaganda Department. The person, who spoke on the condition of anonymity to discuss their work, said they were once tasked with producing a data report on how negative content relating to Beijing’s senior leadership is spread on Twitter, including profiles of individual academics, politicians and journalists.

They also form a network of warning systems designed to sound real-time alarms for trends that undermine Beijing’s interests.

Facebook did not respond to requests for comment about whether it is aware of the monitoring or whether several companies, universities and state media firms listed as supplying the software were authorized to collect data on its platform.

In 2014, the state-backed newspaper China Daily said more than 2 million people were working as public opinion analysts. In 2018, the People’s Daily, another official organ, said the government’s online opinion analysis industry was worth “tens of billions of yuan,” equivalent to billions of dollars, and was growing at a rate of 50 percent a year.

Now that’s a political censorship and disinformation machine that the Democrats raving on about the need for speech control and censorship in America can only envy.

“On the back of the Sino-US trade talks and the Hong Kong rioting incident, it’s becoming clearer day by day that the public opinion news war is arduous and necessary,” China Daily said in a July 2020 bidding document for a $300,000 “foreign personnel analysis platform.”

The invitation to tender lays out specifications for a program that mines Twitter, Facebook and YouTube for data on “well known Western media journalists” and other “key personnel from political, business and media circles.”

Two people who work as analysts in public opinion analysis units contracted by government agencies in Beijing told The Post that they receive automated alarms via SMS, email and on dedicated computer monitors when “sensitive” content was detected. Both of the people spoke on the condition of anonymity because they were not authorized to speak to foreign media.

“Having responsibility for [the monitoring] is a lot of pressure,” said one of the people. “If we do our work poorly, there are severe repercussions.”

Democrats Must Refuse to Use the Jim Crow Filibuster