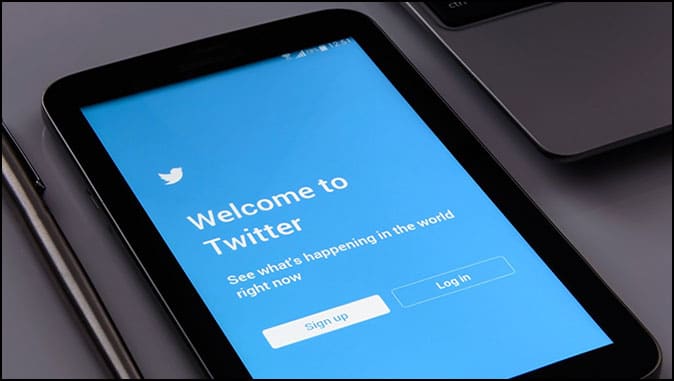 Last year, Amazon was forced to shut down its marketplace business in the People’s Republic of China. Amazon’s defeat followed that of a long line of Big Tech players who had tried to make a go of it in China and failed miserably. China’s economy is built to boost domestic businesses and foreign exports, with some needed imports, by companies linked to the Communist Party.

And no matter how politically correct Amazon may try to be, it can never join that club.

But Amazon’s business in China isn’t done. To a large degree, Amazon’s business is China. Behind the smiling logo, the massive array of businesses covering everything from running the CIA’s cloud to spending $500 million to make a Lord of the Rings streaming series, are a bunch of grim offices, apartments, and warehouses in Chinese cities that make up its real business.

Three years ago, third-party sellers topped Amazon’s own sales. They now make up 58%. Who are they? If, like most Americans, you shop at the giant dot com retail monopoly, you’ve already waded through a stream of random shop names, fake misspelled reviews, and counterfeit products while searching for just about anything. What happened? China happened.

What Amazon Prime members are really buying is membership in a club that helps third-party sellers from China push counterfeit and imitation products to Americans. Amazon acts as a middle man, charging Chinese sellers and American customers for handling listing, shipping and sales..

In 2013, Jeff Bezos, the CEO of Amazon, bought the Washington Post for $250 million. Bezos, at the time, lived in the other Washington. He wouldn’t add a D.C. home to his collection until 2016, and didn’t show it off until this year at a party attended by Bill Gates and Mitt Romney. Many wondered why Bezos had bought a D.C. government paper. Follow the money.

In 2014, the CIA announced a $600 million cloud contract with Amazon. Considering Amazon’s dependency on China, granting it that kind of access was an absurdly terrible idea. And yet, Amazon then went on to win a $10 billion military cloud contract that it has since fortunately lost.

Amazon’s federal contract revenues rose from $200 million in 2014 to $2 billion now. Much of that money flows to Amazon from that entity its boss’ paper calls the intelligence community.

This doesn’t have to add up to some grand conspiracy, but the Washington Post’s owner has a vital economic interest in ousting Trump, and the paper has been doing that by serving up material from a branch of the government that its owner’s company does a lot business with.

Amazon is hardly alone among Big Tech companies in benefiting from Trump’s defeat.

It’s no coincidence that the Democrat nominee is a doddering hack best known for inappropriately touching women and building close relationships between certain American industries and the People’s Republic of China. The biggest Big Tech companies are driven by outsized stock prices and a high cash burn rate that can only be fixed by massive growth.

And that growth is dependent on China and on American trade policies.

Facebook is officially banned in China, but, much like Amazon, its business comes through the Communist dictatorship.

China is Facebook’s second largest revenue source after America with $5 billion a year in ad revenue. And the social media monopoly which controls 80% of the social media market in America, keeps pleading and begging to be allowed back into China.

Why are Chinese companies advertising on a service that Chinese users are blocked from accessing through the Great Firewall? Some, like TikTok, which built its business through Facebook, are trying to reach American customers and then build their own ad business.

China is racing to build its own machine for directly reaching American customers. And once it has that, it won’t need Amazon, Facebook, or the rest of the tech traitors anymore. To paraphrase Lenin, the rope will have been sold and all that will be left are the hangings.

Chinese state broadcasters like Xinhua spend a lot of money advertising their propaganda on Facebook. Some of that propaganda aimed at Americans explicitly attacked President Trump.

But China doesn’t need to resort to the crude measures of Russia’s Internet Research Agency.

Facebook, like most of Big Tech, understands that its future rests with China’s Communist Party. Its growth potential and a sizable amount of its revenues are tied to better relations with China. And for that to happen, Hunter Biden’s dad has to win and President Trump has to lose. And so the social media monopoly led the way in censoring a damaging story about Hunter Biden.

“Helping Chinese companies expand their visibility overseas has been one of the fastest-growing businesses for Twitter,” a China Twitter executive claimed.

And, also like Facebook, it’s not just products that are being exported. During the Communist dictatorship’s crackdown on Hong Kong, Xinhua ran ads on Twitter defending the repression.

This wasn’t too surprising considering that Twitter’s first China boss had worked for the People’s Liberation Army and then on a joint venture with the Ministry of Public Security.

After Twitter was shamed into pulling the ads, the Communist dictatorship threatened to cut off its ad revenues. The message was clear. China was in control of Twitter’s cash flow.

That’s why Big Tech companies can be banned in China and still be at its mercy.

The Communist regime controls a huge portion of their revenues and their future. A Big Tech company with no pathway to expanding in China won’t attract the investors to grow. That’s how China can make or break any of the Big Tech businesses it keeps dangling on its little finger.

The real foreign election interference is coming from China. Big Tech companies are just doing the dirty work of the Communist dictatorship. China’s Communist leaders don’t even need to say anything. The message is clear. The only way forward for them is through Joe Biden.

That’s why Big Tech is far more driven to defeat President Trump and elect Joe Biden and its election interference has become much more blatant than it was in the previous election.

It’s not just about the politics, it’s also about the money.

Big Tech companies are selling out our election to China the way they have our jobs. And their election interference is reaching unprecedented heights as they function like a cartel.

Twitter not only banned a story about Hunter Biden’s China ties, it ruthlessly suspended, blocked, and shut down accounts belonging to government officials and journalists, even as it promoted a counter-story from the Washington Post: a paper owned by Amazon CEO Bezos.

The Google Cult’s Sex Abuse and Mandatory Abortions “I was fired from my team...because I…

What’s Wrong With the Brits?

What’s Wrong With the Brits? Six years after the Brexit vote, Britain is still drifting…