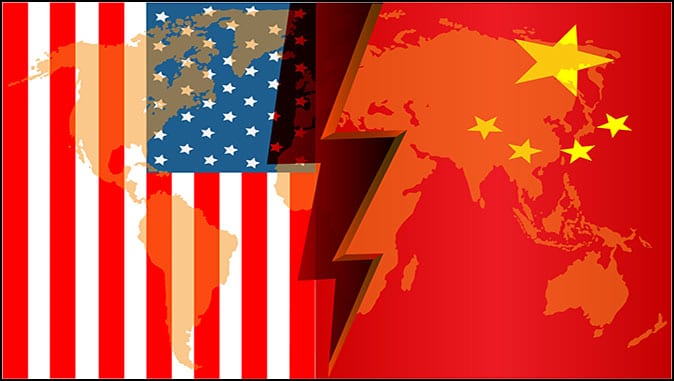 China in Retreat?
Is Xi in the midst of a serious reconsideration of Chinese diplomacy?
By Michael Ledeen

China seems to be reversing its long-standing policy of asserting its entitlement to global hegemony. This reversal dates back at least a year, when Chinese dictator Xi called for a change in Chinese diplomacy, following the arrival in Taiwan of an American C-17 military transport from a base in South Korea, with three members of Congress on board.

The Chinese government lashed out at the United States, accusing it of violating signed agreements between the two countries. These agreements detailed a “one-China policy” that locked the United States into dealing only with China, and keeping its distance from Taiwan. So the decision to send three US diplomats to Taipei on board an American military transport provoked the People’s Republic no end. In their coverage of the event, the Chinese press failed to mention that the United States had provided a military transport for its three Congressional leaders. As a ranking expert on China put it, the goal of Beijing is “political warfare,” which is the “front line of (Chinese) efforts to achieve that number one position in terms of comprehensive national power.”

The Chinese were not eager to advertise the fact of the C-17, because it revealed America’s global military outreach and was likely to encourage other countries in the region to increase their distance from Beijing. The case of India was particularly notable. Instead of talking about the border between India and China, the Indians–in their broadcasting and other public statements–are referring to the “Indo-Tibet” boundary. Instead of talking about the South China Sea, Indian spokespersons are referring to the ASEAN Sea.

Language is very important, especially between the world’s biggest countries. China’s change in official language bespeaks real change in the world, because it challenges the long-lasting claim from Beijing that only an authoritarian regime can effectively run a nation of a billion people. If India proves to be equally successful, it proves that a democratic regime can be as effective as an authoritarian one. Indians view this as an ongoing competition between the two gigantic countries, who have fought across each other’s borders for decades, with implications throughout the region.

For many decades, China was attempting to become the world’s leading manufacturer, but the change in official language shows that India is waging effective warfare, and, as recent events demonstrate, Taiwan does so as well. The arrival of a C-17 in Taiwan was a clear warning from Washington that the Pacific Ocean would be defended, with military power if needs be. Taiwan is clearly a possible relocation for Chinese global ambitions, and a bill is pending to sell the Taiwanese a new generation of American arms, including howitzers.

The package would include the howitzers, more than a thousand and a half guidance kits for spares, training, ground stations and upgrades for Taiwan’s previous generation of howitzers. A formal vote is pending.

China is in the midst of a serious reconsideration of policy, toning down traditionally bellicose themes in favor of calmer ones. Its traditional enemy, India, has recently launched a new aircraft carrier, and closer relations between India and the United States extend throughout the entire society. If, as rumor has it, the Indians are going to purchase the latest Russian anti-aircraft system, that would provide a basis for Chinese penetration of Indian defenses. It would lay the groundwork for Chinese espionage in India, and make it possible for Beijing to expand its activities in the Indian region.

Conform or Else Christian athletes risk their livelihoods -- by opposing LGBTQ “Pride”. By Joseph…

Biden Puts IRS Funding Ahead of Military and Border Security

What About Democrats Who ‘Deny Elections’?

What About Democrats Who 'Deny Elections'? Where is the concern about "election deniers" when the…