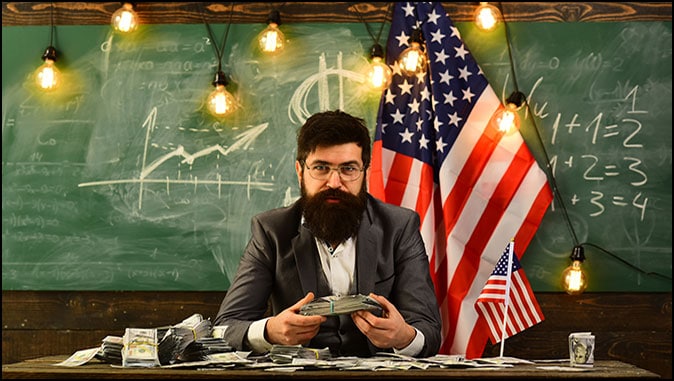 A shocking investigation was just published by the French weekly Le Point on how Beijing is buying the favor of Western universities. An Italian associate professor, for example, Fabio Massimo Parenti, at the Lorenzo de Medici International Institute in Florence, was hosted in Xinjiang, where up to two million Uyghurs are estimated to be locked up in “re-education camps”. In addition, many British schools are now closely under Chinese radar of influence and propaganda. Nigel Farage, the leader of Britain’s Reform UK Party, recently tweeted that “Chinese billionaires with direct links to the CCP are buying up British schools — and flooding the curriculum with their propaganda,” and listed the names of some in the UK “under Chinese control”:

Beginning in September 2019, in Urumqi, the capital of the Uyghur region of Xinjiang in western China, Christian Mestre, honorary dean of the University of Strasbourg faculty of law, participated in an “international seminar on the fight against terrorism, de-radicalization and the protection of human rights”. The seminar was organized by the People’s Republic of China. Mestre’s statements were transcribed by both the state media, the Xinhua news agency, as well as the nationalist newspaper Global Times.

“I hope that France and other European countries can adopt the answers provided by Xinjiang”, professor Mestre said while visiting one of the “vocational education centers”, the name given by Beijing to its re-education camps. “These people are not in prison,” the professor attested, “but sent to compulsory training”. Nothing to see here, as they say.

That was the beginning of an impressive investigation by the French weekly Le Point on how China has bought the favor of many Western academics. “It is worthy of Aragon’s travels to the Soviet Union or the collaborators in Nazi Germany”, said Marie Bizais-Lillig, a colleague of Mestre. The reference is to Louis Aragon, the French writer who visited Soviet Union under Stalin and came back convinced of the genuineness of the communist system, and then dedicated himself to its defense.

A survivor of China’s re-education camps in Xinjiang recently revealed what happens there. Gulbahar Haitiwaji had lived in France for ten years. Her husband and daughters had political refugee status, but Gulbahar preferred to keep her Chinese passport to visit her elderly mother. In November 2016, she bought a ticket to China, where she was swiftly deported to a re-education camp for her people, the Uyghurs. She was detained for two years before being released under pressure from France. Early this year, she published a chilling account, “Rescapée du goulag chinois”. [“Survivor of a Chinese Gulag”]

Gulbahar is the first Uyghur to have been released and repatriated to France. “Xi Jinping, she sums up, “wants Xinjiang without the Uighurs”.

She was chained to her bed for 20 days in 2017. She was taken to one of those new “vocational training centers”, the name given by the regime to its gulags. The Baijintan Camp — three buildings “as big as small airports” on the edge of the desert — is surrounded by fences topped with razor wire. Prisoners no longer see daylight, only neon. Cameras follow the detainees’ every movement.

“Thanks to our great country. Thanks to our dear President Xi Jinping”, the detainees must repeat from dawn to dusk.

After taking on new names (Gulbahar became “Number 9”), their clothes and hair are removed. Chinese re-education then begins to take hold of their mind. A camp guard shows the group of inmates a wall: “What color is it?”, he asks. “White”, they reply. “No, it is black. It is I who decide what color it is”.

Then come strange “vaccinations”. “Women no longer menstruated. Once I returned to France, I really felt the existence of sterilization…”

In France, during the past 15 years, 18 Confucius Institutes have been opened, ostensibly to teach Chinese and promote Chinese culture. In Europe, in 2019, Belgium expelled the rector of the Confucius Institute of the Free Flemish University of Brussels, after security services accused him of being a spy.

A Tibet expert, Françoise Robin, of the National Institute of Oriental Languages ​​and Civilizations (Inalco), calls these institutes “Propaganda weapons”, In 2016, Inalco invited the Dalai Lama for a conference. “We received official letters from the Chinese embassy asking us not to receive him,” Robin said.

In September 2014, Mestre’s faculty of law at Strasbourg University hosted a series of events on Tibet, with lectures, exhibitions, dances and concerts organized “at the request of the Consulate General of China in Strasbourg”, according to the terms of an email sent by the dean. “The inaugural conference assured [everyone] that Tibet was never annexed, [and] that the Chinese intervention of 1950 had been requested by the Tibetans,” Nicolas Nord, a law professor, recalled.

The Economist recently suggested what the Chinese regime is really doing in Tibet: eradicating the influence of Buddhism from their people’s minds.

That may be why the proposed new head of the CIA, William J. Burns, said that if it were up to him, he would close Confucius Institutes in Western universities. In Britain, they are also apparently worried — justifiably, it seems. According to the Daily Mail, hundreds of independent schools that were left in serious financial difficulty by the Wuhan Virus pandemic have since been targeted by Chinese investors. China is evidently seeking to expand its influence in the British education system, as they are in the United States. Seventeen schools in the UK are already owned by Chinese companies, and that number is destined to rise. In addition, The Times revealed that the University of Cambridge received a “generous gift” from Tencent Holdings, one of the largest technology companies in China involved in state censorship.

One’s mind goes back to the “Cambridge Five”, the British spy network — Anthony Blunt, Donald Maclean, Kim Philby, Guy Burgess and John Cairncross — in the service of the Soviet Union and also based at the famous British university. Kim Philby, who died in exile in the Soviet Union, never regretted his betrayal of the UK : “It was only at the end of my stay in Cambridge that I made the final decision to dedicate my life to communism”.

At the time, many in the West could truthfully have said they did not know how many people had been killed or jailed by the Soviet regime. Today, we know a lot about China’s cruelty, including the mass murder by the Wuhan Virus that the Chinese Communist Party forced upon the world, first by lying that the virus was not transmissible person-to-person, then by stopping domestic flights from Wuhan but letting international flights continue. As a consequence, every country on the planet was infected, resulting in the murder of more than 2.5 million people.

“Places inhabited by ethnic minorities, such as Xinjiang and Tibet, have stood out as shining examples of China’s human rights progress”, China’s Foreign Minister Wang Yi said hours before addressing the annual conference of the United Nations Human Rights Council. Probably even the Soviet Union could not have thought that one up.